Belgium's King Philippe and the Return of Patrice Lumumba’s Tooth 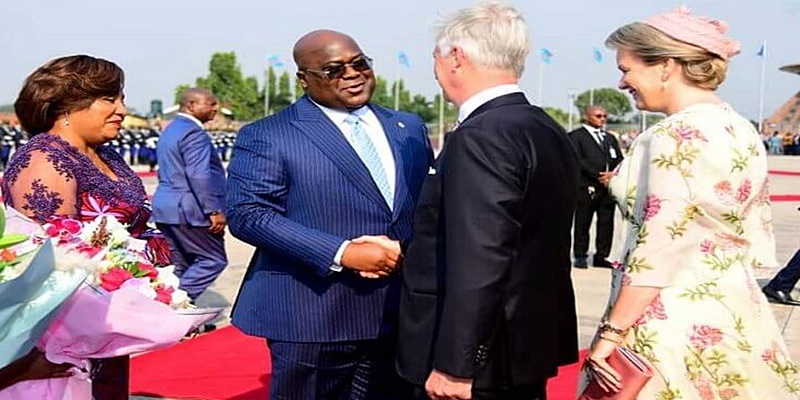 Belgium’s King Philippe landed in the Democratic Republic of Congo on Tuesday, in a historic 6 day visit to the 90 million-people-strong central African country his ancestor once ruled brutally as his personal fief. The visit comes two years after Philippe wrote to Congolese President Felix Tshisekedi to express his “deepest regrets” for the “wounds of the past.”

Historians estimate that over 10 million people were killed, mutilated, raped or died of disease as they were forced to collect rubber under the rule of King Leopold II, the brother of Philippe’s great great grandfather. The land was also pillaged for its mineral wealth, timber and ivory.

According to the Congolese government, Belgium and the Democratic Republic of Congo (DRC) are starting a “new partnership” and Belgium is preparing to return to Kinshasa a tooth—the last remains of Patrice Lumumba—a hero of the anti-colonial struggle and short-lived first prime minister of the independent Congo who was murdered by Congolese separatists and Belgian mercenaries in 1961, and his body dissolved in acid. The king is also due to discuss the question of returning artworks looted during the colonial era.

It is worth noting that the return of the tooth is an admission of Belgium’s egregious human rights atrocities in DR Congo as well as looting of the region’s immense wealth. Belgium’s forays in the country through proxies continue to impoverish it.

King Philippe must move beyond regrets, as this frees Belgium from responsibility, and offer an apology – that shall bind Belgium to offer restitution to the ailing mineral rich nation. Kinshasa wants to see something more tangible commensurate to the wealth plundered and suffering meted upon it.

This article has been read 398 times
COMMENTS