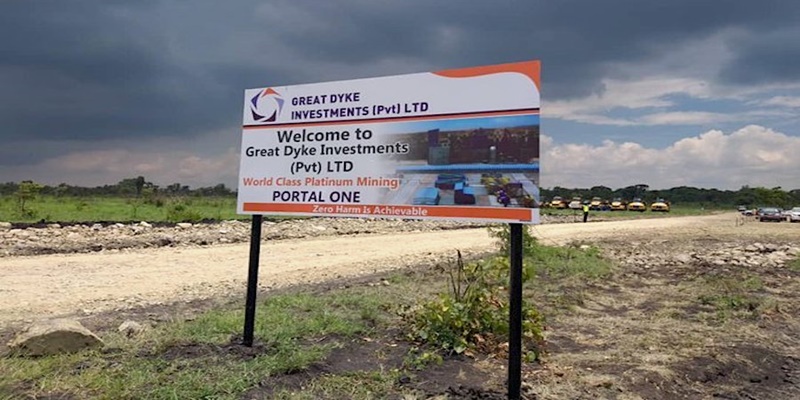 Several monitored reports confirmed that Russians have abandoned their lucrative platinum project contract that was signed for US$3 billion in September 2014, the platinum mine in the sun-scorched location about 50 km northwest of Harare, the Zimbabwean capital. Reasons for the abrupt termination of the bilateral contract have still not been made public, but Zimbabwe's Centre for Natural Resource Governance pointed to a lack of capital for the project. So, the site has been abandoned since early 2021.

Foreign Minister Sergey Lavrov launched the US$3 billion Russian project back in 2014, after years of negotiations, with the hope of raising its economic profile in Zimbabwe. The project, where production is projected to peak at 800 000 ounces yearly, involves a consortium consisting of the Rostekhnologii State Corporation, Vneshekonombank and Vi Holding in a joint venture with some private Zimbabwe investors as well as the Zimbabwean government.

Most officials often speak about Russia, claiming that Zimbabwe has had good and time-tested relations from Soviet days, among others, supporting Robert Mugabe and his ZANU-PF against the West. Since the collapse of the Soviet era, Russia continues to maintain close political relations but its economic engagement has staggered. Russia has attempted to raise its economic profile, the latest considered an important milestone was in September 2014 when Russia declared interest in the development of a platinum deposit in Darwendale.

Bloomberg News Agency reported on June 3 on the complicated ownership of Darwendale. It said the output was initially expected to begin in 2021, but Russian links and a lack of capital aren't the only reasons for the delayed project.

The Zimbabwean government says it controls Kuvimba. But its assets, including the stake in Great Dyke, are the same as those owned until at least late 2020 by Sotic International Ltd. That company is linked to Kudakwashe Tagwirei, an adviser to Zimbabwean President Emmerson Mnangagwa who is sanctioned by the United States and the United Kingdom over corruption allegations.

The government hasn't revealed how it acquired the assets. Nor has it disclosed the identities of the private shareholders who own 35% of Kuvimba not held by the state. Impala rebuffed an approach from Great Dyke because it was concerned about its ownership, people familiar with the situation said in February.

That opacity of its ownership has also complicated relations between Great Dyke's shareholders. The project has also been stymied by "mismanagement and mistrust", says the Centre for Natural Resource Governances in its report. "Mining operations have since stopped as the Russian investor has stopped pumping money into the project," it said.

According to Bloomberg, the Darwendale has been tied to Russia since 2006, when former Zimbabwe president, Robert Mugabe, took the concession from a local unit of South Africa's Impala Platinum Holdings Ltd. and handed it to Russian investors. The first venture to try and tap the deposit was named Ruschrome Mining—it included a state-owned mining company, the Zimbabwe Mining Development Corp., Russian defence conglomerate Rostec, Vnesheconombank and Vi Holding.

The venture later became Great Dyke, named after the geological feature where the deposit is found, and Vi Holding remained the sole investor from Russia. Vi Holding owner Vitaliy Machitskiy, who was born in Irkutsk in Siberia, is a childhood friend of Sergey Chemezov, chief executive of Rostec, according to Forbes. Maschitskiy was on the board of several Rostec’s units, while Chemezov himself is a close ally of President Vladimir Putin, with whom he once worked in Germany. Chemezov is sanctioned by the United States, European Union and the United Kingdom.

The Darwendale project was not tendered, according to available information from government website sources both in Russia and Zimbabwe. With its cordial relations, Russia was simply offered the lucrative mining concession without participating in any tender. After the project launch, Brigadier General Mike Nicholas Sango, Zimbabwe's Ambassador to the Russian Federation, told me in an email that "Russia's biggest economic commitment to Zimbabwe to date was its agreement in September 2014 to invest US$3 billion in what is Zimbabwe's largest platinum mine".

"What will set this investment apart from those that have been in Zimbabwe for decades is that the project will see the installation of a refinery to add value, thereby creating more employment and secondary industries," Brigadier General Sango explained.

"We are confident that this is just the start of a renewed Russian-Zimbabwean economic partnership that will blossom in coming years. Our two countries are discussing other mining deals in addition to energy, agriculture, manufacturing and industrial projects," Ambassador Sango added.

Later, there was another landmark in the bilateral relationship. The groundwork was laid for expanding trade and investment when Zimbabwean President Robert Mugabe met President Vladimir Putin in Moscow in May 2015. Unexpectedly, political developments ushered in a new era with the emergence of a new leader in Zimbabwe. Russia reaffirmed its commitment to work with the new leadership.

In early March 2018, during his official visit to Harare, Sergey Lavrov was received by President Emmerson Mnangagwa. Lavrov had an in-depth meeting with Vice-President Constantino Chiwenga and later held talks with Minister of Foreign Affairs and International Trade Sibusiso Busi Moyo.

They acknowledged the fact that the two countries are interested in promoting partnership in geological exploration and production of minerals. They listed significant spheres for possible cooperation and considered the platinum deposit as the driving force in the entire range of trade, economic and investment ties.

"The Republic of Zimbabwe Minister of Foreign Affairs and International Trade, Sibusiso Busi Moyo, and I have reviewed contacts in the context of relations between Russia and Zimbabwe. We have focused on a project for the integrated development of the Darwendale platinum group metals deposit, one of the largest in the world, where Russia and Zimbabwe operate a joint venture," Lavrov said.

According to Lavrov, Russia and Zimbabwe maintain very strong mutual sympathies and friendly feelings, and this ensures a very trustful and effective political dialogue, including top-level dialogue. But now, it is necessary to elevate trade, economic and investment relations to a level that would meet political and trust-based relations.

Understandably, there has always been keen competition among foreign investors for the mining projects there. In March, the same month when Sergey Lavrov visited Harare, a Cypriot investor signed a US$4.2 billion deal to develop a platinum mine and build a refinery in Zimbabwe, an investment that President Emmerson Mnangagwa explained that it showed his country was open for business.

Signing the agreement with Cyprus-based Karo Resources, Mines Minister Winston Chitando, said work would start in July, with the first output of platinum group metals expected in 2020, aiming to reach 1.4 million ounces annually within three years, that is 2023.

As far back as November 2018, President Emmerson Mnangagwa said his government would soon open up the platinum sector to all interested foreign investors. Zimbabwe has the world's second-largest platinum reserves after South Africa. His government policy would guide the sector on such issues as exploration, ownership, mining, processing and selling.

Mnangagwa has been committed to opening up Zimbabwe's economy to the rest of the world in order to attract the much-needed foreign direct investment to revive the ailing economy and make maximum use of the opportunities for bolstering and implementing a number of large projects in the country. That Zimbabwe would undergo a "painful" reform process to achieve transformation and modernisation of the economy.

AFP reported that international funds are still blocked—Zimbabwe must clear its arrears before it could raise more loans needed to rebuild the country. With a total debt of US$16.9 billion, it says it will clear almost US$2 billion of arrears with the African Development Bank and the World Bank by October 2019.

Zimbabwe has various sectors besides mining. There is a possibility of greater participation of Russian economic operators in the development processes in Zimbabwe, and southern Africa. But Russians need to move away from too much rhetoric to concrete economic engagement over the next years. Diplomatic relations between Zimbabwe and Russia already marked the 40th year.

Zimbabwe, a landlocked country in southern Africa, shares a 200-kilometre border on the south with South Africa, bounded on the southwest and west by Botswana, on the north by Zambia and on the northeast and east by Mozambique. Zimbabwe is a member of the Southern African Development Community (SADC).

This article has been read 81 times
COMMENTS