China and Africa’s Legacy for the Future 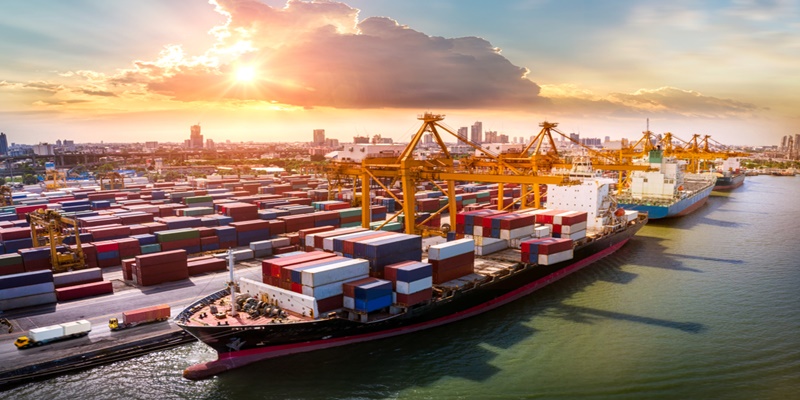 When you travel through the Kenyan city of Mombasa, all of a sudden, a green oasis reveals itself. After passing blocks of run-down buildings and visible poverty, you enter a brand-new world. It is the Mombasa railway station, end station of the Chinese-built Mombasa-Nairobi Standard Gauge Railway. The station and its surroundings are strikingly green, beautiful and well kept. Everything is well organized. The trains are modern and appealing. It looks futuristic and promising. It shows the future of Africa.

The new railway runs parallel to the old line, built in the 19th century under British colonial rule. Not surprisingly, it is much faster, more efficient, and designed with more consideration to the local ecology. While the railway passes through Kenya's national parks to minimize its impacts on the wildlife, viaducts and embankments have been built to elevate the railway above ground level, with underpasses allowing wildlife to pass safely underneath. Hopefully the railway will one day connect East Africa all the way to Uganda, Rwanda and Burundi, maybe even to South Sudan.

The recent railway development builds on a proud tradition.

When China built the Tanzania-Zambia (TAZARA) Railway linking Tanzania and Zambia in the 1970s, China was still a poor country.

Zambian President Kenneth Kaunda and Tanzanian President Julius Nyerere made attempts at securing support from the West, but were rejected on the grounds that the railway did not make commercial sense. Then Chinese workers and engineers "came as brothers and sisters, as friends, as comrades with common struggle", said President Kaunda, describing the beginning of the construction of the railway, which has since then become a testament to China-Africa friendship.

The railway further promoted the friendship between China and Africa. When China regained its legitimate seat at the United Nations it happened with broad and enthusiastic African support.

Premier Zhou Enlai described the root of this China-Africa friendship best: "Suffering from the same cause and struggling for the same aim, we the Asian and African peoples have found it easier to understand each other and have long had deep sympathy and concern for one another," he said at the Asian-African Conference in 1955.

Building on that friendship, President Xi Jinping announced 10 cooperation plans between China and Africa at the China-Africa Cooperation Summit in Johannesburg in 2015, promising to support Africa in enhancing its capacity for green, low-carbon and sustainable development. When China hosted the Belt and Road Summits nearly all African presidents came to Beijing. At the eighth ministerial meeting of the Forum on China-Africa Cooperation in Senegal in November 2021, China called for deepening practical cooperation with Africa and promoting green development on the continent.

Some experts have said that the two most important factors transforming Africa these days are China and the mobile phone: China investing and trading, phones connecting and making economic leapfrogging into modernity possible.

In terms of purchasing power, China has become the world's number one economy. There are some lessons that Africa can learn from China:

First, the necessity for strong and determined development-focused leadership. Fighting poverty and securing the country's green transformation are top of the political agenda in China. For that matter, Singapore, South Korea, Vietnam and other Asian nations have similar experience to share too.

Second, a market-based economy. Many African countries struggle to establish functioning markets as their nations are small in population and often divided by geography and ethnicity. Some still stick to anti-market ideas. But when the forces of the market are unleashed, as happened in China after the reform and opening-up policy was launched, you can count on the ingenuity and the robustness of people to do wonders.

Third, universal education. Hardly any literate person in the world remain in the extremely poor category. China's literacy rate has increased from about 20 percent in 1949 to about 96 percent in 2019.The female adult literacy rate in sub-Saharan Africa was less than 60 percent in 2019. If you cannot read, both business and civil life become harder.

China is very well-placed to help Africa's development. It has the world's largest and most competitive solar and electric battery industries, cutting-edge high-speed railway technologies, a thriving digital finance industry, and first-class universities.

The West should think more along the lines of complementarity than competition with China in Africa. If you haven't built high speed railway at home, it will be hard to compete abroad. When China produces 80 percent of world's solar panels, it has an edge abroad, too. But the United States is a strong force in high tech and runs some of the most prestigious institutions of higher learning in the world. It is more likely to help with much-sought-for scholarships for African students to top universities than to build green railroads.

China has been Africa's top trading partner for more than a decade. Given China's gigantic volume of investment, it is natural that China will attract scrutiny and criticism. China should respond with self-confidence and be prepared to listen as well as speak. The Belt and Road Initiative has brought a 50-megawatt solar power farm to Garissa in Kenya, the De Aar wind farm to Northern Cape, South Africa, solar-powered milling plants to Zambia and green street lamps to the Central African Republic.

Africa has a long way to go to catch up with Asia in development terms. But the continent has a young, aspiring and innovative population. The opportunities for China and Africa cooperation are huge.

The author is president of the Belt and Road Initiative Green Development Institute and former executive director of the United Nations Environment Programme.

This article has been read 82 times
COMMENTS