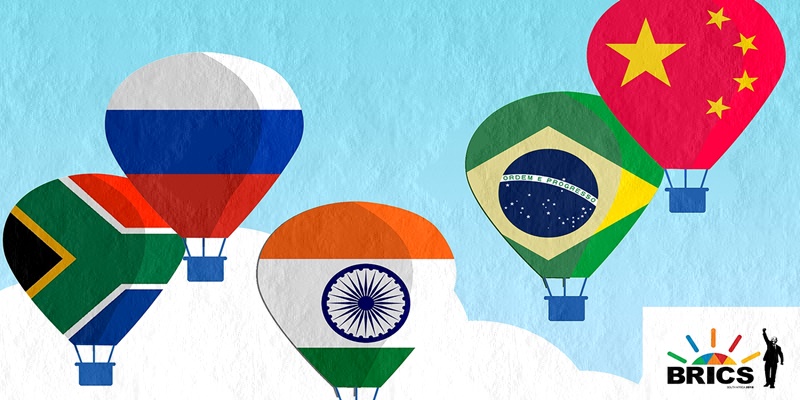 The 14th BRICS Summit is slated to be held under China's chairmanship this week, at a time when the emerging markets and developing countries are coping with an increasingly volatile world.

The summit and two other related high-level events -- the High-level Dialogue on Global Development and the BRICS Business Forum, running from Wednesday through Friday, will gather online the leaders of the world's five prominent emerging markets -- Brazil, Russia, India, China, and South Africa -- as well as leaders from other developing countries.

Global watchers will be keeping tabs on the events, as BRICS countries are home to nearly 42 percent of the world's population and account for about a quarter of the global economy. Their interaction and cooperation play a crucial role in shaping the world's political and economic landscapes.

Over the years, Chinese President Xi Jinping has used at least three catchphrases to describe BRICS cooperation. These pearls of wisdom may offer some insights into the workings of this mechanism underpinned by five heavyweight developing countries.

During the seventh BRICS Summit in 2015, Xi likened the five BRICS countries to five fingers, different in length when stretched out, but making a clenched fist when drawn together.

Xi's remarks vividly expound on the respective potential and advantages of the five countries, and the solidarity and synergy that BRICS exudes.

Over the years, BRICS countries have blazed a path of forging partnerships rather than alliances, while upholding mutual respect and common progress.

The closer ties among BRICS countries have been manifested in the joint fight against the COVID-19 pandemic.

Not a Talking Shop, But a Task Force

In 2017, Xi pointed out that "BRICS is not a talking shop, but a task force that gets things done."

BRICS cooperation has been upgraded from a foreign ministers' meeting mechanism to the mechanism of BRICS leaders' meeting, and in the meantime established a number of cooperative mechanisms, such as the New Development Bank (NDB), the Contingent Reserve Arrangement, and the BRICS Business Council, to propel pragmatic collaboration in multiple areas.

The goods trade among BRICS countries reached 8.55 trillion U.S. dollars in 2021, up 33.4 percent year on year. The establishment of the NDB is another fine example. Since the beginning of its operations, the bank has approved about 80 projects and handed out 30 billion U.S. dollars in loans.

Deepened cooperation has also been nailed down in areas such as aerospace, information and communications, environment, new energy, and biotechnology.

The BRICS Partnership on New Industrial Revolution will be taken as the starting point to promote BRICS economic cooperation in the next phase. China has been actively leading and boosting the partnership, focusing on cooperation in the digital industry and transforming industries with digital technologies, and setting up an innovation center in Xiamen, east China's Fujian Province.

BRICS cooperation is already about more than the five countries. Since its inception, the cooperative mechanism has closely related its future to the fortunes of the emerging markets and developing countries.

"The development of emerging markets and developing countries is not intended to move the cheese of anyone but to make the pie of the global economy bigger," Xi said in a keynote speech at the opening ceremony of the BRICS Business Forum in 2017.

At the BRICS Xiamen Summit in 2017, the well-received "BRICS Plus" approach was adopted. It is designed to strengthen the unity and coordination among BRICS members for greater cohesion, and to keep broadening the BRICS "circle of friends" in a joint pursuit of shared development and prosperity for all emerging markets and developing countries.

The approach explores cooperation within the United Nations, the G20, and other frameworks to advance the common interests and boost the development space for emerging markets and developing countries, thus contributing more to world peace and development through broader partnerships.

The High-level Dialogue on Global Development will be held virtually on Friday. BRICS leaders and leaders of relevant emerging markets and developing countries will attend the meeting on fostering a global development partnership for the new era to jointly implement the UN 2030 Agenda for Sustainable Development.

This article has been read 71 times
COMMENTS