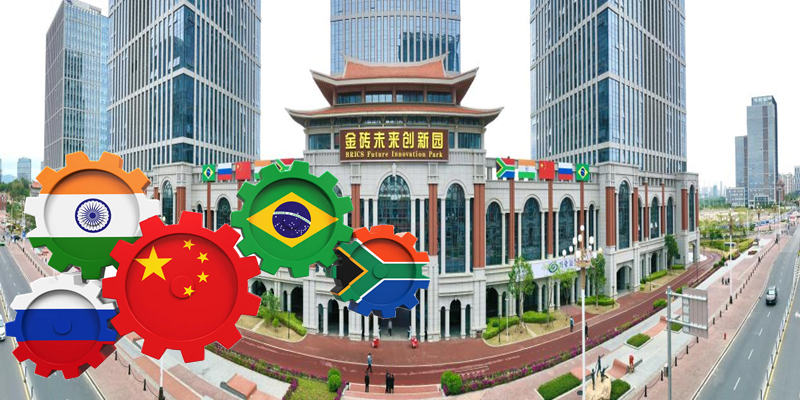 The United States has outstretched its political and economic interests around the world. China has strategically extended its tentacles across both the Atlantic and the Pacific, conquered Africa, and intensified commercial operations in the Central Asia regions including the former Soviet republics - the backyard of the Russian Federation.

Despite its large population of 1.5 billion which many have considered as an impediment, China’s domestic economic reforms and collaborative strategic diplomacy with external countries have made it attain superpower status over the United States. China is strengthening its trade, investment and economic muscles.

Russia has been teaming up with China and India and a few other external countries to establish a new global economic system. Its aim is to break the unipolar system that successive White House administrations have maintained. Due to socialist economic planning and their advancement of the notions of international cooperation and peace even among states with varying social systems, there has been tremendous progress in the areas of international solidarity.

The Brazil, Russia, India, China and South Africa (BRICS) grouping is a manifestation of the role of Beijing, Moscow and Pretoria along with the other states to craft another order. These new alliances are perceived as a threat to the role of the United States, Britain and the European Union since they are not participant-members and cannot directly impact the agendas and goals established by the BRICS.

Russia has some limitations. Its external economic footprint is comparatively weak. Its external policies hardly promote its economic models. The geopolitical reordering of the world cannot simply be achieved through war or challenging the West's political influence in its various global domains. The economic component is possibly the most significant.

As Dr. Ramzy Baroud, a journalist and the Editor of The Palestine Chronicle, wrote recently "the Middle East, especially the Gulf region, is vital for the current global economic order and is equally critical for any future reshaping of that order. If Moscow is to succeed in redefining the role of Arab economies vis-à-vis the global economy, it would most likely succeed in ensuring that a multipolar economic world takes form. Russia is clearly invested in a new global economic system, but without isolating itself in the process."

Russia has exited many international organizations, instead of sustaining its membership and using these platforms to propagate its global mission. It has gone into self-isolation, with much heavy-handed criticisms against the United States and Europe.

Russia is currently pushing an initiative for multipolarity. In June 2022, Russian State Duma (the lower house of parliament) Speaker Vyacheslav Volodin wrote on Telegram that the United States and its allies are destroying economic ties by their sanctions policy, but at the same time creating new points of growth in other countries.

"The move by Washington and its allies to cut the existing economic ties has created new points of growth in the world," he pointed out. According to the parliament speaker, Western sanctions are leading to the establishment of another group of eight nations - China, India, Russia, Indonesia, Brazil, Mexico, Iran and Turkey - that is 24.4% ahead of the old group of developed countries in terms of Gross Domestic Product (GDP) and purchasing power parity.

"The United States, with its own hands, has created conditions for countries willing to build an equal dialogue and mutually beneficial relations to actually establish a new G-8 group with Russia," Volodin noted.

Understandably, there is a Group of Seven (G-7), an inter-governmental political forum, that includes highly developed countries. These are Canada, France, Germany, Italy, Japan, the United Kingdom and the United States. In addition, the European Union is a non-enumerated member. Its members are the world's largest IMF advanced economies and wealthiest liberal democracies. The group is organized around shared values of pluralism and representative government. As of 2020, the collective group accounted for over 50 percent of global net wealth. Its members are great powers in global affairs and maintain mutually close political, economic, social, legal, environmental, military, religious, cultural, and diplomatic relations.

Russia has dismembered itself from the group and remained critical about it arguing that the G-7 has no relevance to exist since its members also meet at the Group of Twenty (G-20). Based on that argument, if the establishment of another new Group of Eight nations - China, India, Russia, Indonesia, Brazil, Mexico, Iran and Turkey – is formed, BRICS - Brazil, Russia, India, China and South Africa, it follows, will have to be absorbed by the new Group of Eight organization, and thus pushing out South Africa.

Indonesia which will host the G-20 summit in Bali this November is doing its best to insulate the meeting from politics. Whether Indonesia will arbitrate between angry clashing superpowers is simply unpredictable. The chances of a sudden rapprochement between the United States and China – let alone between the US and Russia – are exceedingly low.

Russia and China's strategic alliance is strengthening and China has resisted so many attempts for excluding Russia from international organizations. Both are staunch members of BRICS.

Dr. Pankaj Kumar Jha, an Associate Professor at O. P. Jindal Global University in Sonipat, Haryana, observes that China and India border conflict will continue influencing BRICS. However, India and China are cooperating to develop alternate financial structures, cohesive guidelines within Asia and the global south on many issues such as trade, investment and developing an understanding so that dominance of the of west could be reduced to a minimum in global financial architecture, he said and added, "the foundation of cooperation in BRICS brings potential resources and critical development requirements under one umbrella."

Questions about the future of BRICS remain especially when a new world order is being discussed. Drawing inspiration from Quad plus, BRICS countries are also discussing BRICS plus format. The formation of new grouping G-8 is primarily a fusion of BRICS and VISTA (Vietnam, Indonesia, South Africa, Turkey, Argentina). The formation is primarily to connect BRICS to middle income and middle power countries, according to his explanation.

Dr. Pankaj Kumar Jha concluded his argument: "This geopolitical configuration is in exploratory phases, undoubtedly meant to bring a new axis of Russia-China but inclusion of Mexico, Indonesia and Turkey. How much successful this grouping would be is still a matter a conjecture. From a geopolitical point of view, much would depend on how sanctions on Russia and the post-coronavirus recovery of China shape up."

Professor Aslan Abashidze, Head of the Department of International Law of the Russian University of Peoples' Friendship and Member of the Scientific Advisory Board under the Ministry of Foreign Affairs observes that in general, international associations associations emerge on the basis of prerequisites that may be of a different nature: political, defensive, cultural, et cetera. The emergence of such "para-organizations" as the Group of Seven (G-7), Group of Eight (G-8), Group of Twenty (G-20) is associated with the inability of international institutions of the global level to meet the increased needs of modern development in the face of growing challenges in the form of pandemics, financial crisis et cetera.

According to Professor Abashidze, "Russia, China and India will establish trade relations on national currencies and therefore it will be attractive and beneficial to other states, not only from the Asia-Pacific region, but also from Latin America, the Middle East and Africa."

The emerging new coalition group is coming up at a crucial time when over the last two decades, the United States, Britain, the European Union (EU) countries and their allies globally, have been embroiled in numerous imperialist interventions resulting in destabilization, military interventions, proxy wars and the expansion of western imperialism throughout Africa, Asia and Latin America.

This article has been read 1,550 times
COMMENTS