Africans and African-Americans are Their Own Worst Enemies 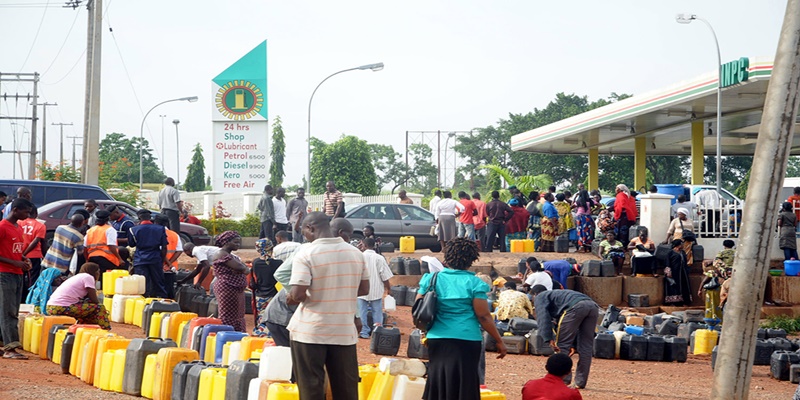 As long as I am on the side of facts and have carefully studied my subject, I will take a stand. In this case, I will pick on few things common to Africans and their extended cousins whether in US America or the Caribbean.

Having lived in US for more years (30) than my country of birth (Nigeria) and given exposure and engagement with greater communities outside of mine, I am convinced by the views I hold.

(1) Avoidance of self-assessment and critical analysis.

One thing running deep in the black race is refusal to self-examine in order to self-improve. Because of the checkered experience of slavery and colonization, the black race has defaulted into accepting their lives as defined by such history. Don't forget before that, Africa existed for many millennia but for convenience, the incident of 400 years or so is taken to label us. If Africa was great before the awful history, how come we are not great now? Until one accepts where they are short, and seek to improve, no amount of soothing apologies will smoothen the past hurts. We must rise beyond the awful history and demand more from ourselves before others see the need to reciprocate.

Have you read how the Jews got their stolen assets from the Swiss Banks? I bet you have not. I will tell you how. While other races fight back effectively, the black race looks for who to ambush and extort for guilt instead of being strategic to improve on lost grounds. While strategies get one mileage for the cause they pursue, sympathy gets one emotional reactions but nothing changes - feel good looking for apologies.

(2) Fronting others and undermining collective existence.

It is not hard to see how a black person will bend over backwards to accommodate the interests of others. In US, given minority business development, many blacks will front for white companies for a fraction of the pie. In Africa, dangle a few bucks before any African like one doing so before a starved monkey, and they are ready to give all and in for the person. The black race will rather witness the marginalization of their community for personal short-term gains than defy the opportunity. Don't forget Africans sold their own into slavery. Europeans didn't sell their own but rather sent them to penal colony in Australia. Today Australians are new and improved. Where is the new and improved black people? I await your considered answer.

A book "Trust" when published years ago was on a project to understudy what made great nations successful. The overwhelming response is TRUST. It is no gainsaying the obvious. The Black race is suspicious of each other and will rather trust someone else other than their own. This lack of trust is exploited by others.

(4)  Celebrating individuals rather than institutions

When a black makes frontage news for winning athletic awards or contracts, the entire race feels happy as if their ship just arrived even when the one who is celebrated adds no iota to their bottom line. Of all the rich and famous black folks, what institutions underscore their fame? They don't create endowments or robust foundations to elongate their influence. Instead what is manifested are perishable assets that enlarge their fragile egos.

It is not about big cars, parties in Dubai and London, mansions on septic tanks and water wells, but about infrastructure that enables higher standards of living. When rich Nigerians get sick they fly out for medical treatments because Healthcare facilities in Nigeria are death chambers.

Nigeria is the poorest country in OPEC based on per capita basis but Nigerians chant they are the biggest oil producer in Africa. They boast of being the biggest economy in Africa but their federal government budget is less than $45B for 200 million Nigerians. Do the maths.

Most blacks see marrying someone other than their own as a badge of honor/privilege. Take a random sample and the overwhelming outcome will show that of 1% black folks who may be considered above struggling incomes, more than 60% are hooked up with someone who is not of their race. Many wealthy Whites/Asians/Hispanics will not go looking for a black woman to marry. Their love has limitations but ours is unplugged and universal.

Peruse each of these and chew as you go along then hit me with a counter.

This article has been read 245 times
COMMENTS