Africans Must Shun the Inferiority Complex 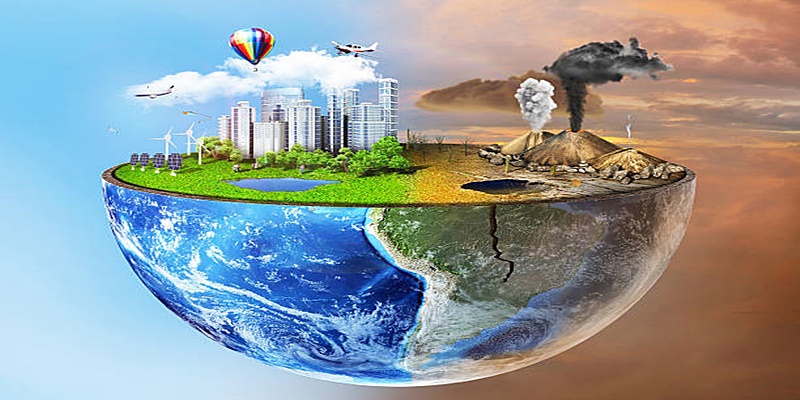 “…At the ‘Reparations and Racial Healing Summit’ in Accra, Ghana (August 2, 2022) …. Akufo-Addo (Ghana’s President) demanded that the West compensate Africa and the Black diaspora for the crimes of the trans-Atlantic slave trade.

'We need to heal the wrongs of the past in order to capitalize on the opportunities that await us in the future', Akufo-Addo said..." (SOURCE: ‘Africa Deserves a Formal Apology’: Nana Akufo-Addo Is Calling for Colonial Reparations, by Wemi Moyela, August 11, 2022; Ghana News).

Information on the clarion call of Ghana’s President was forwarded to me a couple of days ago in a Whatsapp PV by Kenyan-born Ghanaian, Fred Kwoba; Kwoba has been living in Sierra Leone over the past 15 years, futilely striving to give traction to his ideas of DENI and SONIGA that would financially empower millions of Sierra Leoneans in stock exchange-like ownership of some national assets.

Fred Kwoba urged me to speedily package an appeal to the Ghanaian President.  What about the President of my country, Sierra Leone, Retired Brigadier Maada Bio?  Shouldn't I continue to appeal to him?  For almost all his four years in office as President, in private letters, and open letters, I have been trying to let my President ‘see’ the emancipative potency of my idea of fusing the THOUGHT of the Atlantic Slave Trade with the dynamics of the existential crisis of man-made Climate Change; and with this mantra-like call:

“$ 2 trillion annually for man-made Climate Change Adaptation and Mitigation measures in Africa from the richest nations of the world. (And Reparations for the Protracted Holocaust of the Atlantic Slave Trade and Trans-Saharan Slave Trade)" - ​Oswald Hanciles.

That call is a continuation of my over forty years’ post-university Green Crusade – especially since I returned home after being put on a plane by security agents of the Federal Government of Nigeria and made to land in Freetown on February, 1995.

In Liberia, Ghana, Nigeria, and Sierra Leone … generally, Africans would rather ignore my calls; try to steal from me  whatever idea they think can make money with; arrest and detain me; and I have learned through hard experience that the greatest obstacle to Reparations for the Atlantic Slave Trade could be Africans suffering from what I have diagnosed as a festering “slave mentality”; Africans who are trapped in countries created for them during the Conference of Berlin of 1884/1885, and still await for only the white man through institutions like the IMF, World Bank, European Union to tell them what to do. Africans oblivious of the fact that the white people of Europe and America that enslaved and colonized them for almost 600 years would never willingly grant them freedom from the neo-slavery of the global economic systems.  Will the West pay Reparations for the Atlantic Slave Trade?

“(United States President) …Joe Biden told THE WASHINGTON POST that he supports studying how reparations could be part of larger efforts to address systemic racism. (That was when Biden was a Democratic party candidate for the US presidency in 2020. How much as Reparations to Africans?). The most often-quoted figure... is truly staggering, as anthropologist and author Jason Hickel notes in his 2018 book, 'The Divide: Global Inequality from Conquest to Free Markets':

"It is estimated that the United States alone benefited from a total of 222,505,049 hours of forced labor between 1619 and the abolition of slavery in 1865. Valued at the US minimum wage, with a modest rate of interest, that is worth $97 trillion today." (SOURCE: Six questions about slavery reparations, answered; By Breeanna Hare and Doug Criss).

The man rated as the most successful United States president by credible US institutions, whose father was an African, a Kenyan, Barrack Obama, one of the most resonant and erudite public speakers on earth today, could be a powerful voice on the side of Reparations for Africans; or, an ‘Uncle Tom’; or, a ‘non-Nelson Mandela’: "President Obama outlined the political difficulty of reparations in his podcast with Bruce Springsteen, 'Renegades: Born in the U.S.A.' He said, 'So, if you ask me theoretically: ‘Are reparations justified?’ The answer is yes. There’s not much question that the wealth of this country, the power of this country, was built in significant part — not exclusively... — but a large portion of it was built on the backs of slaves. What I saw during my presidency was the politics of white resistance and resentment, the talk of welfare queens and the talk of the undeserving poor and the backlash against affirmative action… all that made the prospect of actually proposing any kind of coherent, meaningful reparations program struck me as, politically, not only a non-starter but potentially counterproductive.”  (SOURCE: Aris Folley, "Obama Says Reparations 'Justified,'" the hill.com, Feb. 25, 2020).

Skepticism on Reparations in the United States is not by Obama alone.  “Other efforts. have been made to institute or deny reparations to descendants of slaves since the 1860s…An October 2019 Associated Press-NORC Center for Public Affairs Research poll found only 29% of Americans overall approved of reparations ….”

In 1991, I was the Deputy Director for the African Center for Science and Development Information (ACSDI) at 7 Tapa Street, Ijeshatedo, Surulere, Lagos, Nigeria, when ACSDI had been contracted by M.K.O. Abiola’s CONCORD publishers to produce the African Science Monitor magazine, an idea of a former Science Editor of THE GUARDIAN newspaper of Nigeria, O’Seun Ogunseitan; and O’Seun would brief me about the Group of Eminent Persons on Reparations to Africa and Africans in the Diaspora which was  established through a resolution passed by the Organization of African Unity, with the propellant being Nigeria’s then dollar-billionaire, and leading philantrophist ,  Chief Moshood ‘M.K.O.’

In April, 1993, Abiola’s ‘Eminent Group’ organized the conference on Reparations for African Enslavement at Abuja in Nigeria. The call for Reparations fuelled by the visionary M.K.O. Abiola fizzled out with the arrest, and death in detention, of MKO Abiola, whose bid for the Nigerian presidency led to him losing his very life. Those were years of Great Hope for an African Renaissance inspired by M.K.O. Abiola; but Great Hope murdered with Abiola on the altar of the power-hungry military dictator, General Sani Abacha. The closure of the M.K.O Abiola quest for Reparations for the Atlantic Slave Trade proved that Great Ideas like what Mahatma Gandhi moved in India or Martin Luther King Jnr. in the United States need more of moral authority than money to move them forward.

What I have done for almost forty years of my post-university life is to bring in the Climate Change Emergency into the Reparations quest. This is more relevant today as all humanity slides towards an almost certain Climate Change Armageddon that humanity must desperately avert.

My idea has been that the THOUGHT of the Atlantic Slave Trade - thought of greed; insularity; egotism; sense of racial superiority; the desire to use superior powers to dominate, subjugate, enslave 'others' that are embedded in the Atlantic Slave Trade - are the very thoughts which have gotten humanity to use and abuse not only other people, but the rest of nature. To satiate their insatiable greed and egotism, humanity in the West are in the process of annihilation of, firstly, the African and poor peoples in the Southern Hemisphere, and destroying themselves after. I am the brain, and was the CEO of the SAVE MY FUTURE CONSERVATION SOCIETY (SAMFU) in Liberia in 1987; in 1989, SAMFU was financed by the World Wide Fund for Nature (WWF)-International and German Forestry Mission to Liberia to produce and publish GREENLOVE magazine.

Inside GREENLOVE magazine, an idea of mine was done as cartoon by Liberian cartoonist, Ronnie Siakor;  like this: the Statue of Liberty in New York, US, is at its base the root of a huge tree being chopped down with an axe by a man; from the tablet in the hand of Lady Liberty emerge Negroid African slaves falling over and grotesquely dangling by the side of the iconic statue.

In 1992, at the W.E.B. Dubois Pan African Center in Accra, a resident African-American who I showed an improved version of that cartoon looked at me skeptically - showing doubt that the idea was really mine. In 1992, as my organization was producing PANGOLIN magazine for the Cross River National Park Project, an ideological conflict with the white British man, Nick Ashton-Jones, hired by World Wide Fund for Nature (WWF)-United Kingdom to manage the Cross River National Park Project in Nigeria, I hatched the SLAVE SHIP-FREEDOM SHIP-it is an idea which fused the thought of the Atlantic Slave Trade with environmentalism.

In 1994, with endorsement of Etubom Oyo Orok Oyo (a member of the Royal Council of the Obong of Calabar, the premier monarch of the Efik ethnic group of southeast Nigeria, who was also Vice President of the Confederation of African Football [CAF]), and famous politician, Etubom Bassey Ekpo Bassey, I started developing a project linking the Atlantic Slave Trade, environmentalism, and World Cup-1994. That was rudely aborted under a cloud of suspicion. I was sent to Sierra Leone by some Nigerian security  agents. In 1996, the Nigeria High Commissioner in Sierra Leone, H.E. Chedi Abubakar, financed my development of a video documentary project that fused the Atlantic Slave Trade, environmentalism, and Olympics. In September, 2019, I solely financed a Climate Change demonstration on the streets of Freetown - with Charlie Hafner's FREETONG PLAYERS acting like kidnapped slaves in the era of the Atlantic Slave Trade; and T-shirt clad youth parading on the streets. I plan full scale videos documentaries and films on this idea. Plus other imaginative ideas in my arsenal. But...Unlike Nelson Mandela who was famously jailed for 27 years by racist white Afrikaners as he fought for the liberation of South Africans, 'I have been imprisoned for most of my 45 post-university life in the worst form of prison - the prison without walls; without gates; without security guards; the prison of unbelief, prison of hostility, by the very Africans whose liberation I have risked life and limb to pursue'.

The Intergovernmental Panel for Climate Change (IPCC) has been warning stridently over the past four years that if global temperatures rise to 2 degrees Celsius above pre-industrial levels, it could inexorably climb to 4 degrees Celsius above pre-industrial levels, and Africa would be worst hit, largely made uninhabitable  - with Africans having to endure severe floods and droughts; lower agricultural yields; heat waves and dramatic loss of biological diversity; starvation  and dehydration; with some 700 million Africans becoming Climate Change refugees.  We must prevent such worse case scenarios. November, 2022: another Conference of Parties(COP)-27 at Cairo, Egypt.  I now publicly appeal to Ghana's President, Nana Akufo-Addo, and Sierra Leone's President, Maada Bio; and appeal to ALL enlightened Africans on all continents...to provide support for the imaginative tactics I suggest; and support for my Mahatma Gandhi-like energy.

This article has been read 113 times
COMMENTS