Pastoralism and Rangelands Restoration: Promising Solutions to Benefit Our Planet and People 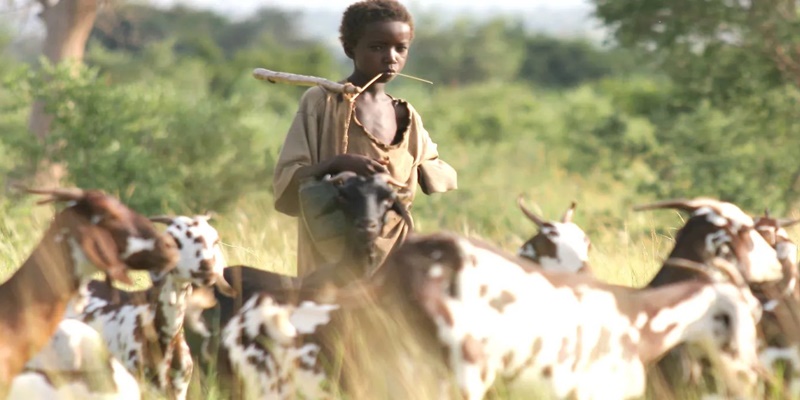 This is truly a significant moment – the first time ever that the story of rangelands and pastoralists is being shared so directly with climate negotiators, and I thank SNV, Environmental Defense Fund, CELEP and all who made it possible.

Pastoral areas and rangelands are widely viewed by policymakers, the media and the wider public as intrinsically food insecure due to low and variable rainfall where crop growing is a risky business. This is because the global discourse on food security focuses largely on cereals as a necessary staple crop, but doing so in rangelands has led to policies that in fact have had the opposite effect.

Historically over the last two centuries, crop cultivation has converted 60% of the world’s rangelands, resulting in unsustainable farming practices and overgrazing in the remaining rangelands. In this session, you will hear why pastoralist systems are in fact sustainable solutions for the future – for nutrition, for climate and the environment, and for livelihoods. Starting with nutrition, you’ve all heard that the world is eating more meat than ever and the rates are rising. Some even call for humanity to stop eating meat altogether. But let me make an evidence-based statement: animal-sourced proteins are an essential and vital part of food security.

FAO states that essential minerals such as iron and zinc have lower bioavailability in plant-based foods than in animal-based ones.

WHO states that the high-value protein from livestock improves the nutrition of the vast majority of people in the world.

So we believe that the food security discourse must start to pay serious attention to the role of pastoralism and rangelands.

Going beyond nutrition, pastoralists have over millennia adapted to the high variability of drylands. They have strategies to harness this variability, for example, by moving their animals strategically across the rangeland in response to seasonal and location specific rainfall. In effect, pastoralists are ahead of the curve in climate resilience. Compared to mono-cropping and single-species production systems, pastoral food systems embrace diversity of land and animals, require very few external inputs, have low environmental footprint, are less susceptible to disease, and their livelihoods are able to withstand droughts and disasters better.

Such strategies have also been proven effective in restoring degraded rangelands. Emerging evidence suggests that nature-based pastoral systems that function viably are net carbon positive – in stark contrast to industrial livestock systems. Carbon markets are increasingly looking at afforestation and reforestation for green carbon capture. Grasslands, savannas and other rangeland ecosystems appear “open” and “bare” and therefore available for afforestation.

Many dryland countries are including tree planting in rangelands in their climate goals, for example. But nearly 40% of the global land area considered suitable for tree planting is unable to provide sufficient water for tree growth from precipitation alone. Tree plantations in these regions have resulted in extensive failures and destruction of rangeland resources. On the other hand, healthy rangelands, consisting of grasslands, savannas, shrublands, mountain meadows, tundra and more, and which potentially cover at least 54% of the Earth’s landmass, provide at least 30% of the global carbon sink. They store carbon and contribute to global cooling through their high albedo because they are lighter in colour than forests.

They have had less attention because their ability to sequester carbon has been underestimated and undervalued. Rangeland carbon is mostly stored below ground and is stable and resilient to fire and grazing, but very sensitive to soil disturbance.

Therefore any form of land conversion, whether through crops or tree plantations, will release massive amounts of carbon dioxide and endanger the world’s carbon sinks.

Sustainable pastoralism is a viable nature-based strategy. We need to give pastoralists the attention they deserve. This is what IYRP is about. We aim to raise awareness and dispel myths and misunderstandings and encourage new and better knowledge and understanding. We ask climate negotiators to look outside the box and consider the scientific evidence that has emerged over the past 20 years.

We call on you to:

Ø Encourage measures to urgently control conversion of rangelands and grasslands

Ø Encourage your Member States to carry out assessments of rangelands, grasslands and pastoralism to close the data gaps

Ø And adopt a reasoned and science-based approach and methodology to carbon capture in rangelands.

Events such as our Session in COP 27 and subsequent COPs can help build a momentum to 2026, when the opportunity given by the International Year of Rangelands and Pastoralists I hope can lead to a fundamental change of perceptions and policies to benefit pastoralist livelihoods and rangelands. Thank you so much for being part of this paradigm change!

This article has been read 204 times
COMMENTS