The Quadrants of Geopolitical Influence 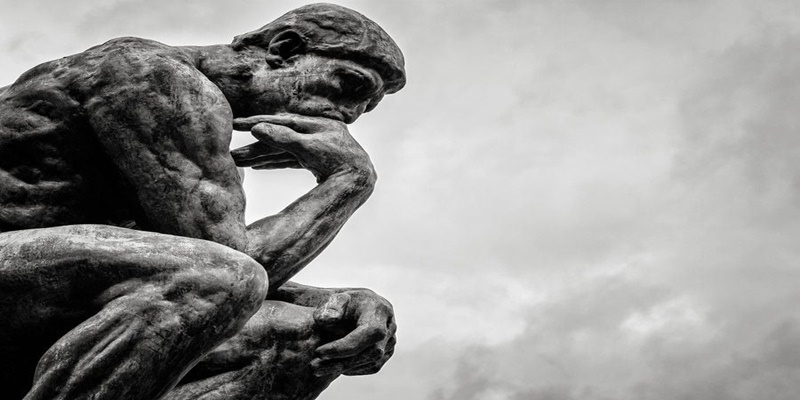 The tapestry of geopolitical influence is a captivating assembly of quadrants, but technology remains the most colourful and quixotic strand of this fabric, which Africa must learn to weave.

On 18th November 2022, thought leaders drawn from academia, government, civil society, and private sector entities converged in Nairobi for the 12th IREN East Africa Thought Leaders Forum. The Inter Region Economic Network (IREN) holds this series of thought-provoking forums, which have become a crucible for cross-fertilisation of ideas, ideals, and perspectives on transforming Africa. The theme for this year was “A New Game? Situating Africa in Strategic Geopolitical Competitions”.

The Founder and Director of IREN, James Shikwati, opened the forum by expounding on the theme and key result areas. He stressed the need to catalyse informed discussions on Africa’s state of preparedness to navigate the impact of the latest global developments and power shifts, COVID-19 and the war in Ukraine being key disruptors. Deglobalisation and slowbalisation add to the evolving vocabulary defining the ongoing shift in perspectives and models on international development affairs and relations.

Stefan Schott, the Project Director for East Africa at the Friedrich Naumann Foundation, graced the event and briefed the participants on the role of the Foundation in promoting democratic governance, freedom, and the rule of law. Desktop research findings on situating Africa in strategic geopolitical competitions were presented, beginning with a background going back centuries into the pre-colonial and colonial era.

Prof. Macharia Munene’s keynote address explored the question as to whether the Global North has sidelined the Global South and Africa as the former concentrates on its own conflicts and strategic interests in Ukraine and Taiwan. He reiterated the need for Africa’s strategic positioning to reap from the multiple suitors scrambling for her attention and natural resources, hence exploiting diverse collaboration opportunities for win-win outcomes.

Discussants and delegates then shared their constructive views on the theme and presentations made. Ambassador Boaz Mbaya, the Founder and Executive Director of the Centre for Policy Analysis, highlighted the need to recalibrate Africa’s policy towards the big global players in the light of the new global conflicts. It became evident that Africa’s weak structures and missing links need urgent redress for a stronger bargaining power at the league table shared with big global players.

From the Uganda and Tanzania experience proffered by Ian Katusiime (Senior Reporter, The Independent, Uganda) and Padili James (Multidisciplinary Content Creator and Writer), it was observed that for Africa to successfully navigate the ongoing conflicts and their impact, it would be necessary to ensure policy reconfiguration towards Africa’s greater self-determination and strategic autonomy in managing relations with the big powers. Contemporary media was acknowledged as a potent tool that can empower Africa in navigating global geopolitics.

The ensuing plenary and brainstorming session converged on key influence vectors that Africa must learn to strategically balance so as to remain relevant within the real centre of gravity of evolving global geopolitics.

The Quadrants of Influence

Africa is losing ground in the field of geopolitical competitions. A headline referring to Africa as the hopeless continent, attributed to The Economist (May 13, 2000), aggravated the persistent texture of this lingering concern.

There is a difference between the geometric centre and the actual centre of gravity of an object. Many times, non-uniform mass distribution displaces the centre of action from the assumed nominal centre. This analogy encapsulates the diverse missed targets characterising African states due to the chronic miscalculations grounded in their linear approaches to handling four key result areas within the context of international relations, which were singled out to be:

These four areas do not have equal weights, hence the high importance of a well-informed balancing strategy that considers the inherent inequality of their masses. The first three quadrants (economic standing, trade, and military strength) require unity to gain a critical mass and bargaining power, hence the urgency of coming together as African states to address them. On trade, the African Continental Free Trade Area (AfCFTA) is already a great idea.

Technology plays a catalytic and cross-cutting role comparable to the nervous system to a living body. Technology is arguably the most colourful strand in this tapestry of influence encapsulated in the quadrants. The World Economic Forum gives it a singular endorsement among the well-known twelve pillars of global competitiveness. By lowering the barriers to entry, already evident in the impressive smartphone penetration in African countries such as Kenya, technology offers many leapfrogging opportunities to Africa to be an active participant in the emerging innovation ecosystems. Who owns the technology is, however, too important a question to be ignored and this challenges African policymakers to empower a skills revolution, domestication of innovations, and local content and ownership.

Overall, it was observed that Africa still lacks a robust structure that she can deploy to advantage when engaging other regions and big players. This lack of structure can be traced to a mentality that has been conditioned to thrive in infighting rather than uniting to fight external aggressors, who have no long-term goodwill for the continent’s prosperity.

Based on the key observations and deliberations at the forum, Africa must re-structure her engagement model with other regional blocs while keeping in mind that the quadrants are not equal in weight. The following action points emerged as a matter of priority.

Technology is a ready point of entry for Africa, noting her youthful population spread across diverse geographies but still able to collaborate and innovate using technologically leveraged platforms. Knowledge drives technological advances. This gives high importance to quality education, training and research. African governments should incentivise innovations by enabling governance structures while investing in technology rich in local content and giving indigenous knowledge priority as a way of fostering ownership and promoting homegrown solutions and cultural capital. Allocation and spending efficiencies for Research & Development (RD) must be enhanced as a result, from the current low share of barely 1% to at least 2% of the GDP.

Africa has to upscale her economic standing by ensuring the member states promote good governance, pegged on sound economic policies and enabling infrastructure for transport and communication in an increasingly digital economy. Comparative and competitive advantages must be harnessed and exploited while pooling resources for common projects. The role of the African Development Bank has been exemplary in this respect. The African Regional Economic Blocs are ready avenues for productive self-reorganisation. Monetary unions and shared projects with sustainable public-private partnership models are ready examples for such blocs.

On trade, volumes matter, hence the market size. Swift and determined action with political goodwill is necessary to operationalise the intended benefits of the continental free trade area. Removing non-tariff barriers and encouraging intra-Africa trade are key intervention points for African states on matters of trade.

Military strength is increasingly advancing in the dimension of security and warfare intelligence, thanks to technology. Sophisticated terrestrial, airborne and spaceborne solutions are pushing the boundaries of military intelligence, making military strength more than a question of numbers. Surveillance operations also make data capture and data protection systems crucial as a result. For a continent of more than fifty states with the youngest and fastest-growing population, the case for Africa’s united military strength (and strategic intelligence) cannot be overemphasised. The African Union has a key role in peacekeeping on the continent and cannot do without combined military strength, hence military-oriented capacity development in terms of the relevant skills, education, and technology.

The forum participants resolved to further the discourse on strategic positioning of Africa in the emerging geopolitical competitions.

By Nashon Adero, a youth mentor on skills development for the 21st century and a lecturer of Engineering at Taita Taveta University, Kenya.

This article has been read 222 times
COMMENTS