Development Without Borders: Leveraging The African Diaspora for Inclusive Growth and Sustainable Development in Africa 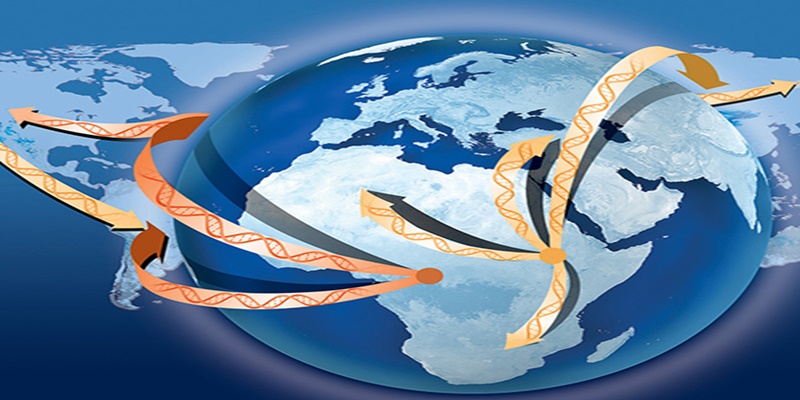 The diaspora is not a dismembered part of Africa, but streams from Africa, carrying precious assets, that made their ways to become rivers, seas and oceans that reach all parts of the world. If you want to know the extent of the ocean of Africa’s diaspora assets just watch the World Cup 2022 matches. You’d see that for several countries around the world, African players, from our diaspora dominate. What you see in soccer is the same in basketball and athletics, where you’d see Africans in the diaspora gathering medals for their new nations of residence.

Over the past 20 years, the number of Africans living outside the continent more than doubled to about 20 million. The most significant number of African migrants reside in Europe (11 million), followed by Asia (5 million) and North America (3 million).

You can have an African live in any part of the world, but you cannot take Africa from within an African. Regardless of how successful we are, Africa is our continent of birth, our source, our root, our identity, and our pride. Therefore, the development of Africa must be priority for all Africans in the diaspora.

Africa that many left behind is changing, slowly, but surely.

Until Covid-19 upended economic growth rates, Africa had six of the ten fastest growing nations in the world. Against all odds, foreign direct investment is rebounding in Africa, rising from $40 billion in 2020 to $47 billion in 2021, and to $83 billion in 2022, doubling the level two years prior. At the recently held African Investment Forum which the African Development Bank and its partners held earlier this month, over $31billion of investment interests were mobilized for Africa in less than 72 hours. These investment interests are from over 1,800 participants, project developers and investors from all over the world.

What is it that they are all seeing in Africa?

They are seeing a continent that is increasingly sure of itself. A continent that is self-aware, determined to extricate itself from the burdens of history and assert itself as an unrivalled investment destination in the world.

The African Continental Free Trade Area will make Africa the largest free trade zone in the world in terms of number of countries participating, with an estimated GDP size of $3.3 trillion.

Africa has the highest population of youth in the world, to account for 42% of the global youth by 2030, making it the ripe place globally for innovation and entrepreneurship, and the outsourcing for skills for industries and services.

Africa has 65% of the uncultivated arable land left to feed the world, therefore how Africa develops its agriculture will determine the future of food in the world. Across Africa, we must turn cocoa beans into chocolates, cotton into textile and garments, coffee beans into brewed coffee. That is why the African Development Bank is investing $25 billion in agriculture across the continent, to transform the agricultural sector.

Africa has an abundance of natural resources, oil, gas, minerals, and metals, as well as extensive blue economy that must be rapidly industrialized. The future of electric cars in the world depends on Africa, given its extensive resource deposits in rare minerals, especially lithium-ion, cobalt, nickel, and copper. The size of the electric vehicles market is estimated to reach $7 trillion by 2030 and $46 trillion by 2050. Building precursor facilities for lithium-ion batteries in Africa will be three times cheaper than in other parts of the world.

Therefore, the African diaspora should look to Africa for investments.

I saw the power of investments by the diaspora at work in India. In 1989 when I started my international career in Hyderabad in India, I noticed several mega hospitals in the city, with their entrance halls filled with mural walls of names of hundreds of physicians, many of them Indians in the diaspora. I could not imagine how they got to build such massive and well-equipped hospitals that have turned India to become a destination for health care.

I got my answer in 2017, now as President of African Development Bank, when I visited with the Prime Minister Modi of India, when the Bank held its Annual Meetings in India. He told me that the government provided incentives to Indian physicians in the diaspora to invest back in India, with fiscal incentives including tax free status, repatriation of profits, relaxation of foreign exchange restrictions, provision of land to build hospitals, and many more.

Africa is facing the same dilemma.

The African Union estimated that 70,000 skilled professionals leave Africa every year. Among them, are doctors, nurses, and scientists. In 2015, it was estimated that the number of African-trained medical graduates practicing in the United States alone reached 13,584. The Mo Ibrahim Foundation assessment “Brain drain: a bane for Africa’s potential” found that “In 2015, 86.0% of all African-educated physicians working in the US were trained in Egypt, Ghana, Nigeria and South Africa”.

Clearly, Africa must learn from India.

We must put in place programs that support African medical doctors in the diaspora to connect back to Africa. I am delighted to let you know that the African Development Bank and the World Health Organization will partner on what we call “Africa Connect” initiative to strategically tap into Africa’s physicians in the diaspora to invest in quality health infrastructure in Africa, including for the establishment of first-rate medical facilities. This will be part of the African Development Bank’s plan to invest $3 billion in quality health infrastructure for Africa.

Africans in the diaspora are critical for Africa’s economic development.

The value of remittances from the African diaspora doubled from $37 billion in 2010 to $87 billion in 2019, reaching $95.6 billion by 2021. Yet official development assistance to Africa in 2021 was $35 billion, or 36% of the remittances from the diaspora. Egypt and Nigeria are among the top-ten remittance recipients globally, with $31.5 billion and $19.2 billion, respectively in 2021.The African diaspora has become the largest financier of Africa! And it is not debt, it is 100% gifts or grants, a new form of concessional financing that is the key for livelihood security for millions of Africans.

While remittances have helped to meet financial, food, education, and health needs, as well as serve as countercyclical sources of finance and social protection, much can be done to better tap into these remittances for Africa’s development. We must eliminate the “Africa-premium” charged on remittances, as the cost of remitting funds to Africa is twice what it is for South Asia.

We must tap the massive opportunities offered by diaspora bonds. Diaspora bonds are effective instruments to harness remittances for the development of Africa. But despite its great potential, only four African countries (Ethiopia, Kenya, Ghana, and Nigeria) have successfully issued diaspora bonds, often with mixed results. Because the flow of remittances to Africa is high, rising, and stable, it offers huge opportunities to serve as collateral to secure financing for African economies. Africa countries should securitize remittances to promote investments, especially for infrastructure on the continent.

The diaspora can offer a lot more than remittances and investments. They have skills, knowledge, know-how, exposure to the world of business and investments, science, arts, and technologies, that can help boost the human capital for Africa’s development. They can help build world class universities, and they can be mentors for the new generation of Africans.

That is why all governments in Africa should prioritize affairs of the diaspora. African countries should establish ministries of diaspora to give policy priority to the specific needs of the diaspora, as well as expand the investment opportunities for them through special incentives. The diaspora should also be allowed to vote. If they can send money that powers their home economies, they should also help decide the future of the economies of Africa.

As Africans in the diaspora, you can look to the African Development Bank to partner with you on this journey to transform Africa.

That is the kind of Africa we are today, an Africa measuring itself with global standards.

That’s what we are as African diaspora, besting the best in the world.

Welcome to a new Africa!

We are the same: Africans at home, Africans abroad.

We are the ocean of Africa.

Let us together build the Africa we want.

Let all of Africa’s diaspora, sons, and daughters, regardless of place of birth or location of migration, willingly or unwillingly, flow back to Africa, and invest in Africa.

Rise with unison for the great awakening of Africa.

Rise and rally around Africa.

This is Africa’s time!

And in Africa’s greatness lies your pride!

This article has been read 168 times
COMMENTS