Knowledge of Our Past: Why Africa Must Look Inward 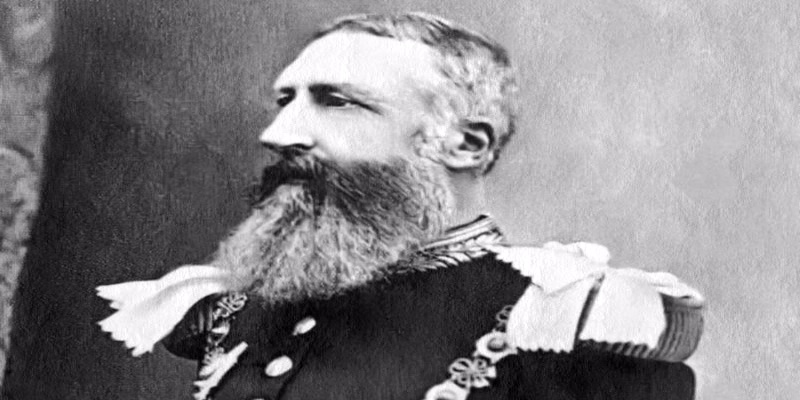 Our so-called ‘modern’ Nahasis (Africans) do not care about their past because it is not littered with US and European currencies, yet their Yahweh-given Motherland (Africa) is endowed with invaluable natural resources.

In The Patriot of December 2 – 8 2022, in my article titled, ‘Revisiting Africa’s glorious past: President Mnangagwa on course’ were two abridged speeches of Kwame Nkrumah (1963 and 1965), were he unsuccessfully failed to make African leaders unite. This, I said, was the result of the founding fathers’ ignorance of Africa’s past.

In the same article I mentioned Lord Macaulay speech when he addressed the British Parliament in 1835 concerning Africa and the 1883 letter by King Leopold II to the Belgian missionaries to Africa.

Below is Lord Macaulay’s speech and it will be followed by King Leopold II letter.

Lord Macaulay:“I have travelled the length and breath of Africa and I have not seen one person who is a beggar, who is a thief, such wealth I have seen in this country, such high moral values, people of such high caliber, that I do not think we would ever conquer this country unless we break the very backbone of this nation, which is her spiritual and her cultural heritage and therefore, I propose we replace her old and ancient education system, her culture, for if the Africans think all that is foreign and English is good and greater than their own, they will lose their self-esteem, their native culture and they will become what we want them, a truly dominated nation.”

King Leopold II: “Reverends, Fathers and dear compatriots: The task that is given to fulfil is very delicate and requires much tact.

You will go certainly to evangelise, but your evangelisaton must inspire above all Belgium interests.

Your principal objective in our mission in the Congo is never to teach the niggers to know God, this they know already.

They speak and submit to a Mungu, one Nzambi, one Nzakomba and what else I do not know.

They know that to kill, to sleep with someone’s else wife, to lie and to insult is bad.

Have the courage to admit it; you are not going to teach them what they know already.

Your essential role is to facilitate the task of administrators and industrials, which means you will interpret the Gospel in the way it will be best to protect your interest in that part of the world.

For these things you have to keep watch on disinteresting our savages from the richness that is plenty in their underground.

To avoid that they get interested in it, and make you murderous competition and dream one day to overthrow you.

Your knowledge of the Gospel will allow you to find texts ordering, and encouraging your followers to love poverty, like, ‘Happy are the poor because they will inherit the heaven’, and ‘it’s very difficult for the rich to enter the kingdom of God’.

You have to detach from them and make them disrespect everything which gives courage to affront us.

I make reference to their mystic system and their war fetish-war fare protection – which they pretend not to want to abandon, and you must do everything in your power to make it disappear.

Your action will be directed essentially to the young ones, for they won’t revolt when the recommendation of the priest is contradictory to their parents teachings.

The children have to learn to obey what the missionary recommends, who is the father of their soul.

You must singularly insist on their total submission and obedience, to avoid developing the spirit in schools, teach students to read and not to reason. There, dear patriots, are some of the principles that you must apply.

You will find many other books, which will be given you at the end of the conference.

Evangelise the niggers so that they stay forever in submission to the white colonialists, so that they never revolt against the restraints they are undergoing.

Recite every day, ‘Happy are those who are weeping because the Kingdom of God is for them’.

Convert always the blacks by using the whip.

Keep their women in nine months of submission to work freely for us.

Force them to pay you in sign of recognition –  goats – chickens or eggs every time you visit their villages.

And make sure the niggers never get rich.

Sing every day that it is impossible for the rich to enter heaven.

Make them pay each week at Sunday mass.

Use the money supposed for the poor to build flourishing business centres.

Institute a confessional system, which allows you to be good detectives denouncing any black that has a different consciousness contrary to that of the decision maker.

Teach the niggers to forget their heroes and to adore ours.

Never present a chair to a black that comes to visit you.

Don’t give him more than one cigarette.

Never invite him for dinner even if he gives you a chicken every time you arrive at his house.”

We are in 2022, 57 years after the founding fathers failed to unite Africa because they were not knowledgeable about the past.

To be candid, our future as a race is bleak.

How many of our people are aware of the above-mentioned narratives?

I will put my neck on the block and say very few because we are still burdened by the systems of those who hate us – education religion and governance that are dictated by those who colonised us.

These belief systems instead of uniting us are dividing us.

We have become a race that lacks self-belief, a race afraid of making decisions to better ourselves despite Yahweh-given resources on the Motherland that the whole planet depend on.

Of interest here in Zimbabwe.

Are we not being taught to forget our heroes and adore whites?

Zimbabwe has some of the holiest sites in Africa – Matopo although it was desecrated by Cecil Rhodes being buried there.

We also have the Great Zimbabwe Temple.

This is the Temple where Africa is supposed to congregate and plead our cause to the positive spiritual world to remove the burden of the Tambous (whites) on us.

We have to go back to the paradise Lord Macaulay saw in 1835 when he first set his foot on Africa.

Yes, Africa is paradise, that is if we can unite spiritually and physically.

Indeed, our ancestors strength lay in combining religion, governance and education as one entity, and one could not rule if he/she was not qualified in these.

Our future as a race therefore is bleak if we do not bend backwards and retrieve our ancestors knowledge as this knowledge will make us know ourselves.

This will be in tandem with the Gospel of Phillip verse 105 which says: “Before you possess all knowledge, should you not know yourself?

If you do not know yourself, how can you enjoy those things you have?

Only those who have understood themselves shall enjoy the things they have to possess.”

The above is in tandem with Africa, a continent so rich in natural resources but with unprecedented poverty as her riches are being used by other races to live in comfort.

What will happen to Africa when her natural resources are depleted?

We are rushing to be ‘modern’ yet it is an anathema if a race lacks self-knowledge.

A Hamite who strongly believes in the motherland renaissance.

For views and comments, email: lovemoremtutuzeli@gmail.com

This article has been read 126 times
COMMENTS