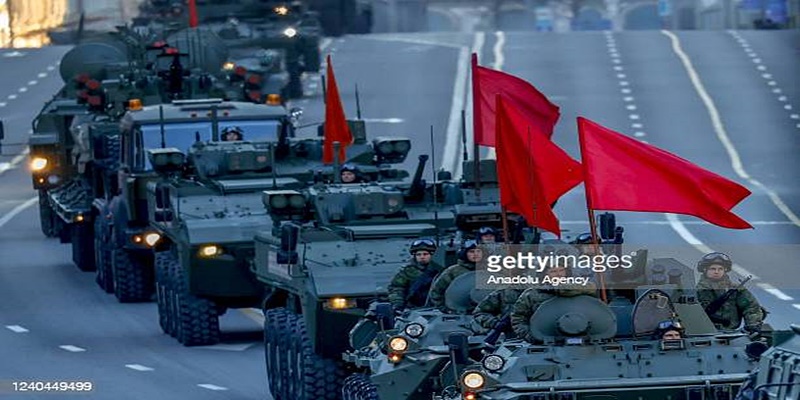 In his series of end-year review reports, Special Presidential Representative for the Middle East and Africa, Mikhail Bogdanov, told local Russian media that Russia would continue its interaction with G5 Sahel West African countries to fight terrorism, as terrorist threat in the region had not subsided and the West's military presence was "not so effective" in Africa.

"Moscow will continue its interaction with the G5 Sahel (Mali, Burkina Faso, Niger, Chad and Mauritania) on arms supplies to fight terrorism. Naturally, there will be contacts with the G5 Sahel," Bogdanov noted that the group was undergoing "some internal structural changes" currently because problems had arisen over Mali's participation.

"We have bilateral communication with all the countries of the five. We will see what format will be optimal for our partners. Interaction here is largely focused on the fight against terrorism and extremism, because this Sahara-Sahel zone has become a hotbed of international terrorism and, of course, because of the collapse of Libya's statehood and the spread of these processes to the south," he said.

Over the past several years, Russian Foreign Ministry has strengthened the military-technical cooperation a key part of the foreign policy of the Russian Federation with Africa. It has oftentimes explained in statements released on its website that Russia's military-technical cooperation with African countries is primarily directed at settling regional conflicts and preventing the spread of terrorist threats, and fighting the growing terrorism in the continent.

It is broadening its geography of military diplomacy covering poor African countries and especially fragile States that need Russia's military assistance. It has signed bilateral military-technical cooperation agreements with more than 20 African countries, according to several reports.

Malian military authorities have shown uttermost disrespect for the Economic Community of West African States and the African Union. On 15 May, 2022, reported indicated that Mali decided to withdraw from the G5-Sahel group and its Joint Force. The Joint Force was was created in 2017 by the G5 Heads of State – Burkina Faso, Chad, Mali, Mauritania and Niger – to counter terrorism terrorism in the region. The Joint Force operations has primarily  shown due to challenging political and security dynamics in the Sahel.

Martha Ama Akyaa Pobee, Assistant Secretary-General for Africa in the Departments of Political and Peacebuilding Affairs and Peace Operations, has acknowledged a few difficulties on the part of the international community, donors and partners to reach a consensus on the most effective support mechanism for a collective security response in the Sahel.

"It is perhaps time to rethink our approaches and change the way we do our work," she added. "We need innovative approaches in the face of the constantly evolving tactics of terrorist groups, whose influence keeps expanding." She, however, called for a holistic approach that honours the primacy of politics, addresses the causes of poverty and exclusion, and provides opportunities for young people in the region.

Some policy experts have said that African society is suffering through a weak institutions and terrorism challenges due to alienation from political governance and lack of having equal opportunity in community affairs. For instance, countries such as Nigeria, Niger, Burkina Faso, Mali, Central African Republic and many others have loose holds of the government and have deliberately created the political environment for terrorist organizations to flourish in Africa.

The basic polity of many African countries is not up to the mark. There are state institutions, departments and agencies like law enforcement bodies, regulatory agencies and judiciary suffering from the chronic dysfunctional mechanism which needs immediate focus to address challenges of terrorism and terror funding. Therefore, fighting terrorism should be analyzed and raising the functioning levels of institutions as well as the development of the society.

Chairperson of the African Union Commission, Moussa Faki Mahamat has reiterated the necessity of creating regional forces for fighting terrorist groups, but added that the African armies are still under-equipped. "It is important that external partners listen to the cries of Africa and operate within the framework of the organization when it comes to the extension support in dealing with this scourge," he stressed.

Somalia's President, Hassan Sheikh Mohamud also spoke about how the terrorist group, al-Shabaab, controlled large portions of Somalia's rural areas. "Shabaab, or terrorists anywhere they are, cannot be defeated militarily only," he said.

Mozambican President Filipe Nyusi was very outspoken, shared valuable experiences about the use of well-constituted regional military force for enforcing peace and security in Mozambique. Creating regional military forces to fight threats of terrorism will absolutely not require bartering the entire gold or diamond mines for the purchase of military equipment from external countries.

Now, Mozambique has relative peace and stability after the 16-member Southern African Development Community (SADC) had finally approved the deployment of joint military force with the primary responsibility of ensuring peace and stability, and for restoring normalcy in the Cabo Delgado province, northern Mozambique.

It involves troops from Rwanda and the Southern African Development Community Military Mission (SAMIM). Rwanda offered 1,000 in July 2021. South Africa has the largest contingent of around 1,500 troops. External countries are, of course, enormously helping to stabilize the situation in Mozambique.

The Joint Forces of the Southern African Development Community are keeping peace in northern Mozambique. The rules, standards and policies, provision of the assistance as well as the legal instruments and practices are based on the protocols of building security stipulated by the African Union. It, therefore, falls within the framework of peace and security requirements of the African Union.

Ahead of the next Russia-Africa Summit in St Petersburg, July 2023, the South African Institute of International Affairs (SAIIA) has published a special report on Russia-Africa. The report titled – Russia's Private Military Diplomacy in Africa: High Risk, Low Reward, Limited Impact – says that Russia's renewed interest in Africa is driven by its quest for global power status. Few expect Russia's security engagement to bring peace and development to countries with which it has security partnerships.

While Moscow's opportunistic use of private military diplomacy has allowed it to gain a strategic foothold in partner countries successfully, the lack of transparency in interactions, the limited scope of impact and the high financial and diplomatic costs exposes the limitations of the partnership in addressing the peace and development challenges of African host countries, the report says.

His report was based on more than 80 media publications dealing with Russia's military-technical cooperation in Africa. He interrogates whether fragile African states advance their security, diplomatic and economic interests through a relationship with Russia.

The United Nations (UN), the African Union (AU), the Economic Community of West African States (ECOWAS) and the entire international community have expressed collective concerns about any use of private mercenary forces, instead strongly suggested the use of well-constituted regional forces approved by regional blocs, as a means of addressing conflicts in Africa. The G5 Sahel are Burkina Faso, Chad, Mali, Mauritania and Niger.

This article has been read 138 times
COMMENTS