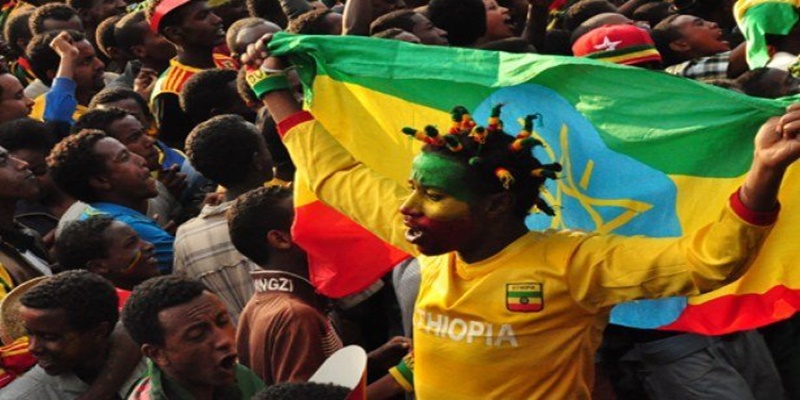 The American Ethiopian Public Affairs Committee (AEPAC) has launched a new platform to engage the one million strong diaspora community in the United States with the national dialogue underway in Ethiopia by addressing the single most important issue: Constitutional Reform.

The country has endured a war, ethnic-based violence, religion-based attacks, intra-state conflicts, and atrocities that have caused untold misery on communities: thousands have been killed and millions displaced. Amid these challenges the Ethiopian Government has established a commission to engage the public in a national dialogue by Proclamation 1265-2021 which took effect on December 29, 2021.

The national dialogue has been designed to foster unity in the country and help end the ongoing conflict and prevent future one. The Proclamation directed the Commission to identify “different political and opinion leaders and also between societies on national issues through studies, public discussions or other appropriate modalities”; “Craft agenda for dialogue, based on issues” and organize dialogues and facilitate deliberations. At the end of the process, the Commission shall submit its recommendation to the House of People’s Representatives.

AEPAC believes there is no other issue as important as a Constitutional Reform in Ethiopia. The current constitution has failed the country. Instead of providing a vehicle to resolve national disputes, it has served as a foundation for fuelling existing conflicts and creating new ones. Instead of providing a framework to promote equality, freedom, democratic rights (at federal, state, and local levels), protect minority rights, and freedom of movement, it has served as a tool of rampant repression and a means to justify violence. The constitution does not even meet the basic democratic principles of separation of powers.

With the creation of the diaspora dialogue platform, AEPAC will facilitate a discussion on ways to bring about an end to the political polarization in the country on a range of issues, including the ethnic divisions that plague Ethiopia, the constitution, the type of federalism the country needs to implement, the rights of the individual citizen, and the implementation of the rule of law, among others.

AEPAC’s platform will give the Ethiopian American and the global Ethiopian community a channel to share thoughts on the big challenges facing Ethiopia. Throughout the conflict we in the diaspora have shown remarkable resilience. We have united around a collective desire to see our motherland succeed. We have worked hard to shape foreign policy changes, raise awareness of the atrocities being committed and robustly making the case for democracy and encouraging a move away from authoritarian rule based on ethnic division.

“We are delighted to have created this platform to give the diaspora a strong voice in the national dialogue process.

“Our ambition is to engage in the national dialogue and share our collective experience from across the globe.

“It is time to promote citizenship and national identity while promoting and celebrating ethnic, cultural, and religious diversities and create a true federal system at federal, state, and local levels. It can be done, and the diaspora are ready to support that process.

“We also call upon the US government and other friendly nations to positively support this effort if a true 21st century US-Africa partnership was to materialize.”

This initiative will be coordinated by prominent Ethiopian American lawyer Derege Demissie and Mesfin Tegenu. An organizing committee and a large advisory group will shortly be created with input from the public. The organizing committee will solicit scholarly articles, hold public discussions and debates to raise awareness of the various constitutional issues. The insights and analysis will be packaged up as recommendations and sent to the National Dialogue Commission in Ethiopia for consideration and inclusion in their final report to House of People’s Representatives.

The platform can be found here: www.ethiopianconstitutionreform.com

This article has been read 77 times
COMMENTS