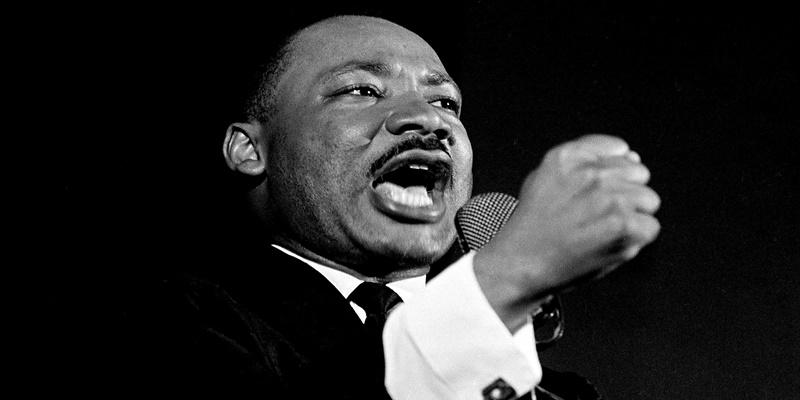 This year, let us remember six quotes that changed the world.

To those of us who never experienced the bitter taste of hate and segregation, these words are just nice quotable quotes. However, to those who suffered under the whim and caprice of White-men dominated rule worldwide, these words mean just about their entire life. Dr. Luther had a vision. That vision was to see the end of segregation and White-dominated rule. That dream has barely been realized. But there still remains remnants of racism and discrimination not only in the US and Canada but all over the world. We must uproot all the semblances of discrimination wherever we may find them. If Dr. Luther’s dream is to be realized fully, Black Americans and Africans should insist that they are considered equal with Whites wherever civilization has its networks.

2.      “In the end we will remember not the words of our enemies but the silence of our friends.”

If you know the paradox of the invisible light then you understand the synergistic coherence of this statement. Those who watched Hitler murder six million Jews were not enemies but friends who kept silent. Those who watched African slaves die in misery over expansive seas were not non-believers but priests and saints. They kept quiet as millions were dehumanized and frozen to death. They kept quiet as millions were whipped and thrown overboard ships to be eaten by sharks and fishes. It is the silence of friends which more often than not hurt more than freshly induced daggers. Africa must arise and pledge that never again should another race, erroneously, vet itself to be superior to Africans, and annihilate the African progeny.

It can be said that with all the segregation, discrimination and Apartheid the White male dominated societies world over instigated, the lesson learned was that it gave the victimized races the opportunity to see where evil resided. The darkness of the Black race, indeed, revealed the sanctity of the blessed future. The suffering was excruciating, we must admit, but the lessons are such that we are now well positioned to refuse to bow to manchomanship and false superiority. The world is better with both Blacks and Whites, Africans and the rest ganging together as equals, because they are.

You must pay attention to this: You are not the greatest feasibility agenda on earth, your neighbor is. If we learn to treat each other as humans and as equals, we are answering life’s greatest question; What did I do for others? The best investment is in others and not in self. If we can emulate the spirit of Dr. Luther Jr., we can continue to build on his legacy – that of non-violence and peaceful co-existence with all people. We are better teaming together than segregating against one another. The question remains: What are you doing for others years after Dr. Luther Jr. said those words?

Revenge is the weapon of weak-minded miserablers. Those who insist on vengeance may have a moral right to action the same, but they are short-sighted. Only by letting go of the past can we embrace the future. Only by forgiving our persecutors and oppressors can we find new avenues of crafting benevolent futures. The Whites, their ancestors, did despicable and abominable things to the Black race. But our response should be love, forgiveness and camaraderie. We must strive for peace and love, no matter how painful we may remember the past. Those who anchor for vengeance only lose. Victory belongs to those who show mercy when wrath demands otherwise.

And here is the ultimate engine for cause, love. Love is strength, and historical injustices can only be cured by love. Indeed, it seems illogical and even misfeasancy to ignore the bigotry of the past. But we gain more by loving our enemies than by punishing them. Africa has survived not because of the grudge against its oppressors but because of the love it has shown to its tyrants. And that should remain its attitude and response. In the end, Africa and the Black race of the world will be vindicated in that they did not pay evil with evil but evil with love.

This article has been read 76 times
COMMENTS