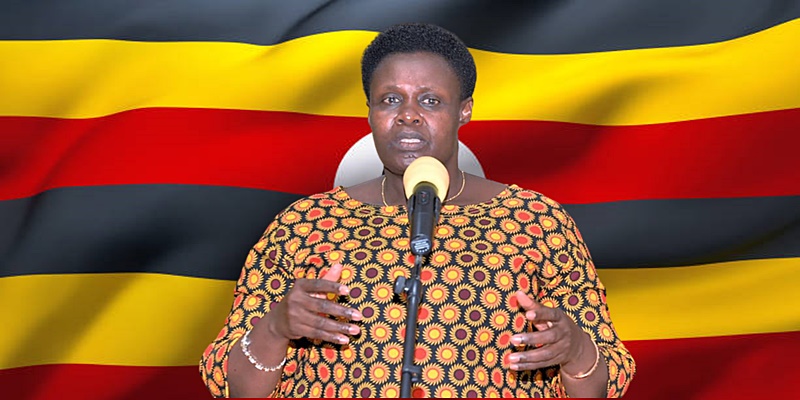 South-South Cooperation is an endeavour of the developing countries from the Southern hemisphere to share experiences and best practices for their mutual benefit.

The South-South cooperation is therefore based on our common objectives and resolve to achieve greater development of our societies. This solidarity is progressive and guided by the principles of respect for national sovereignty and, unconditional membership.

It is encouraging to note that a number of countries in the South are already undertaking projects and programmes involving significant knowledge, skills, and technology exchange and transfer, sometimes with or without support from the more developed countries of the North. Some of the examples of the South-South cooperation are the infrastructure projects undertaken by the People’s Republic of China in African countries including Uganda. Various knowledge and technology exchanges are also increasingly taking place through the private sector and other non-State arrangements.

The above mentioned developments have happened out of realization that there are technologies and knowledge opportunities among fellow Southern States which may sometimes be cheaper and more appropriate for our local conditions. This was among the key objectives behind the Buenos Aires Plan of Action (BAPA) for Promoting and Implementing Technical Cooperation among Developing Countries that was endorsed by the United Nations General Assembly in 1978 (resolution 33/134). Overall, the technical cooperation is aimed at creating capacity and self-reliance among developing countries to solve their development challenges based on their own aspirations, values and specific needs; and increased international development cooperation.

The South – South and Triangular Cooperation should therefore improve communications and awareness of common problems among developing countries. By coming together as partners who face similar challenges and by emphasising capacity development relevant to specific situations and environments, South-South and Tripartite Cooperation has a distinctive value in contributing to the success of the established international, regional and national development frameworks. These include: the Global Agenda 2030 (Sustainable Development Goals – SDGs); the Africa Agenda 2063; the Pan-African Movement; the Non-Aligned Movement; the organization of the lead emerging economies of Brazil, Russia, India, China and South Africa (BRICS); and the African Peer Review Mechanism (APRM).

The others include the Regional Visions such as the East Africa Vision 2050, the Economic Community of West Africa (ECOWAS) Vision 2050; Southern African Development Community (SADC) Vision 2050; and various National Visions such as the Uganda National Vision 2040 and the respective National Development Plans and strategy frameworks. The challenges posed by the implementation of these different Development Agenda require the combined efforts, capacities and resources from the wide diversity of actors as envisaged in the South-South and Triangular Cooperation (SSTrC).

SSTrC should be a collaboration and partnership based on mutual benefit and long-term relations beyond our traditional position as aid recipients. In essence, the South-South and Triangular Cooperation offers the opportunity to replace the traditional financial aid and technical assistance, and reshape the global development architecture towards a more inclusive, effective, fair and horizontal global development agenda.

In Uganda, the South – South Cooperation has directly and indirectly helped us to fight poverty, improve household incomes quality of life and hence, achieve socio-economic transformation. For example, the FAO-China South-South Cooperation (SSC) Programme Trust Fund, has improved our people’s well-being through increased agricultural productivity. In one of the project areas, for example, there was a four-fold increase in rice production per hectare, while in other areas, daily milk production increased from 2 litres to 7 litres per indigenous cow.

Also, there has been production of high-quality and low-cost fish feed techniques, improved technologies of foxtail millet, maize, grapes, apples and cherry tomatoes, and animal reproduction including goats, pigs and sheep. Such Programmes are now aiming to target more female farmers to improve incomes and nutrition of households in the country.

As I conclude, the success and future of SSTrC in Africa will depend on the extent to which it handles and solves the Strategic Bottlenecks hindering Africa’s development. Over the years, His Excellency the President Yoweri Kaguta Museveni has been sharing his views about these bottlenecks which were enriched by their Excellencies at the African Union and later agreed and adopted by the APRM as bottlenecks of the whole of Africa. These are: ideological dis-orientation; interference with the private sector; under developed infrastructure; weak States; fragmented markets; lack of industrialization and low value addition; under developed Human Resources; Under developed Agriculture; Under developed Services; Attacks on Democracy and Governance; a Non responsive Civil Service; Lack of adequate Domestic Resource Mobilization; and structural inequalities in access to opportunities.

SSTrC has made some efforts in some of these, but it requires us to intensify and consolidate efforts against them for the success of Africa’s development.

As a way forward, there is, in addition, a need for collaborative effort from all of us to find solutions to the challenges that are facing the South – South and Triangular Cooperation (SSTrC).

The solutions include: defining a strategy for cooperation among SSTrC States; Developing a Special Trade Agreement for the SSTrC Framework; Maintaining and working towards peace and security among SSTrC countries, especially in Africa; Development Finance Modalities for SSTrC; establishing institutional frameworks for SSTrC in the different Continents and countries, say in Africa, Asia, and South Americas; Building an Institute for the already agreed SSTrC Research and Training, Technology and Education; strengthening frameworks for technological transfer; and deepening regional integration and cooperation, among others.

I believe that once we synthesise our deliberations and determine a clear and simple roadmap, the SSTrC can achieve a lot for both the developing South and the developed North. Let us ensure that the commitments made are effectively interpreted and that the agreed actions are relevant to our communities, for the desired socioeconomic transformation to be meaningful and truly sustainable.

This article has been read 52 times
COMMENTS