Nigeria: The Plight of Political Candidates with No Connections 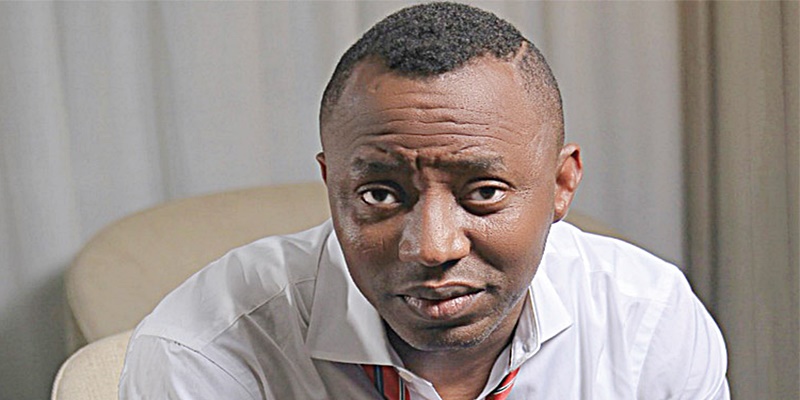 My name is Omoyele Sowore. I am the presidential candidate of the African Action Congress, and I am going to be the Nigerian president after February 2023.

This is the only country in the world where you sign a peace agreement during an election season as if we are at war, but that is what our elders did to Nigeria. I think next time we should sign a peace agreement with the elders who are instigating violence in this country or have them sign peace agreements between themselves because peace is not breached by poor people. Poor people suffer the consequences of violence.

When you look at elections, the people that suffer the most are poor women and men. When there is a breakdown of law and order in Nigeria, every rich and politically connected people get enough police protection. They are able to get on a jet and leave Nigeria at the slightest provocation.

The state governors in particular, need to sign a peace accord. Some of them are the most violent people in Nigeria. They demonstrated it in Kogi state. A woman was burnt alive in her house and till today, the killers of that woman have not been fished out. In Kano, some campaigners are saying that if they don't win the election, they will kill everybody in Kano. In Borno state, it is the same thing. In Lagos, where the APC hosts were, you cannot paste a poster if it's not Bola Ahmed Asiwaju poster. They have a team that tears anybody's poster that is not their candidate's poster. You cannot even pay for your poster or banner to be hosted in Lagos. They have a bureaucracy in place that makes it impossible for you to do that.

How can there be peace in a country where there is no justice? We keep lying to ourselves all the time.  Some of us don't have resources and powerful connections. We don't have access to state resources.

Once in a while, when they want to tickle your fancy, the EFCC (Economic and Financial Crimes Commission) comes around to play at the playground of the political parties. Two political parties are particularly notorious for this. They buy votes at their primaries and in the final election.

How do you compete with these people if elections are supposed to be about justice and bringing about great leadership and bringing about peace and development? How do great people win elections in a country where terrible people control all the resources of the country? That's another issue for another day.

The other part is the media. I am a media practitioner too. They have shut several of us out. The media of Bola Ahmed Tinubu has never interviewed me. They have blacklisted some of us. But they are supposed to be a public media that should attend to everybody.

Security agencies have allegiance and loyalty to just a few people, that is the truth. I was almost run out of the road in Ibadan because Atiku was in Ibadan to campaign and I was also there to campaign. I had one car, Atiku had over 40. I had no police, Atiku had over 500 policemen attached to him.

Nobody should lose hope, especially those of us at the receiving end of the injustices in this country. One day, the table will turn!

This article has been read 49 times
COMMENTS