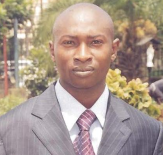 Jenkins Kimiya is a 29 year old IT specialist who has worked in Tanzania, Uganda, and Sudan among other countries. He has also gone a step ahead to establish Network Agency Technologies (Natech) Systems. “One thing that will spur economic growth in Kenya and Africa is adopting of Information Technology. Everyone, be it the governments, civil society, private sector or academia should be at the forefront of promoting technology solutions in the global approach to development” he observes. The African Executive talks to him.

A.E: For how long did you work at IAT?

Kimiya: For three years after which, I landed a job at Center for African Family Studies (CAFS) as a Systems Engineer. While at the same place, I met the Director of Computer Frontiers International (CFI), a consulting firm based in Uganda, who was impressed with my work and four months later, he offered me a job as an IT Manager. I was supposed to work from 9.00am to 1.00pm. I took up the job and after one year, I started receiving calls for new openings from various organizations.

A.E: So you have four jobs?

Kimiya: Yes, and I also opened Natech Systems and a retail shop that sells products like milk, bread and sugar among others.

A.E: What is Natech Systems?

Kimiya: It is an IT company. This is an idea I borrowed from an American friend who is now based in Monrovia –Liberia. He wanted me to partner with him and sell internet to rural areas. However, he had to relocate to Sudan and later Liberia. Since I did not have enough resources to implement the Rural Internet Project (RIP) alone, I resorted first of all to buy and sell internet to home users in the estate since I realized most of my neighbors used Dial up and were complaining that it was slow and unreliable.

Other than that, I advice companies on the best internet setup that can suit them most based on what they do, the best type of equipments to invest in and how to protect/maintain them and I also train users on computer packages as well as IT support.

A.E: What motivated you to open a retail shop?

Kimiya: It was as a result of the closure of the Uchumi supermarket that was serving people around where I stay. I realized after Uchumi’s closure some time last year, people had to walk to the next shopping centre to get some basic commodities like bread, milk, sugar, cooking oil among others.

A.E: For how long have the retail shop and Natech System been in operation?

Kimiya: Natech Systems has been operating from early last year, while the retail shop has been in operation since January, 2007.

A.E: Who runs your businesses while you are out working?

Kimiya: Currently, my younger sister is running the retail shop before she resumes school in July. As for Natech Systems, I do the work in the evening and weekends when I am free. Thanks to technology, as we organize on the most convenient time with the client through emails, phone calls or short message services. Sometimes, I can help a client sort out his problems without being there physically. Once the client shares with me the problem, I can always give advice on how to fix it.

A.E: How much capital have you invested?

Kimiya: I have invested about Kshs. 200,000 on both the retail shop and Natech Systems.

A.E: Young entrepreneurs shy away from IT as they believe investing in it is expensive. Based on your experience what’s your take on this?

Kimiya: Cheap is expensive! If you buy a cheap thing, you will end up spending more on maintaining it. So you would rather spend a lot more and save time and  money in the long run.

Kimiya: This is a very wide question but in the shortest and simplest way: Information Technology is the main source of operations in organizations nowadays. It makes work easier, faster, and accurate among others.

A.E: You have been to Tanzania, Sudan, Uganda etc on IT projects. What’s your comment on IT adoption in these countries?

Kimiya: Everywhere, everyone is talking IT ranging from airport, security, marine and sub marines systems, hotels, academic institutions, hospitals and factories. IT is growing very fast! Countries with a wide availability of internet access can advance its economy on both the local and global scale. However, IT education is still very expensive and that is a factor dragging us behind.

A.E: In Kenya for example, there have been efforts such as zero-rating some equipment in this industry. What other measures ought to be put in place if East Africa is to rank better in IT adoption?

Kimiya: Zero rating is just a portion of it. However, a lot has not been done especially on accessibility of quality and affordable education, reduced cost of training, and outreach to the less fortunate. Currently, IT is mostly centered in rich and urban areas. Rural areas are not yet covered. Also the Government has to check the imports of used and poor quality IT equipment. Kenya is being flooded by rejects and poor quality stuff from the western and developed countries. You can imagine this is the time Kenyans are rushing to buy second hand UK and US computers while latest computers are in the market.

This article has been read 1,823 times
COMMENTS