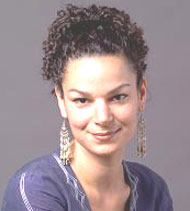 Academics are often accused of being preoccupied with theory rather than practice, and semantics instead of actions, while favoring microscopic details over the big picture. Scholars working on Africa, in particular, are often accused of being intellectually self-indulgent, while the continent faces an array of very real challenges. As an academic myself, I would have to agree that there is more than a grain of truth to this criticism.  Africanists are often, but not always, removed from what is happening on the ground, yet like many others who make their living from extractive industries, they mine resources in Africa -- whether archives, people, museums, archeological sites, data banks, etc., -- in order to make a profit through the publication of articles, books, and consultancy reports, etc. Africa, in short, becomes the terrain upon which we build our intellect and careers.  Yet, we often fail to ensure that the knowledge we amass reaches an audience beyond the handful of people who will actually read our scholarly publications. What I am calling for is greater engagement as public intellectuals who can speak truth to power, while also providing others with the skills and knowledge necessary to raise their own voices.

When we fail to communicate what we know beyond a privileged circle of educated elites, we fail in the most basic aspect of what we as educators are supposed to do: contribute to a more informed global understanding of whatever it is that we study.  It is for this reason that I want to raise an issue that at first glance may seem reducible to semantics and intellectual nitpicking, but in actuality shapes how millions of people worldwide understand Africa: the use of the word “tribe.”

There could be no more opportune time to have this discussion than now, when the related concepts of “tribe” and “tribalism” have become the dominant lens through which the violence associated with the contested December 2007 presidential elections in Kenya has been framed by the western media.  Once again, western readers, who rarely encounter Africa to begin with, have been told that Kenyans are killing themselves in an orgy of “tribal bloodletting.” The most egregious reportage has come out of the New York Times, but other media outlets in the United States and Europe, including the BBC, are guilty as well.

There is no doubt that ethnic tensions, which have a long history dating back to the pre-colonial period, but especially to the colonial period which saw the British employ their time-tested “divide and rule” strategy, have affected how the violence has unfolded.  To characterize the violence as “tribal war” or “tribal bloodletting” however, neither speaks to the ethnic dimensions of the violence nor to the other important factors, such as unequal access to political and economic power, that have coalesced to bring about this unprecedented wave of destruction at this particular moment.

The widespread and reckless usage of the term “tribe” and its various permutations hinders the ability of readers to understand how ethnic identities have evolved and interacted with one another in Kenya over time, and in relation to such factors as state and class formation; economic, social and political change; as well as more mundane facts of life such as migration and intermarriage. To suggest, as New York Time’s reporter Jeffrey Gettleman does, that the recent violence has resulted from an “atavistic vein of tribal tension” dangerously reduces a very complicated political and social phenomenon down to the primordial sentiments of unchanged and unchanging “gangs of opposing tribes" whose violent actions are rendered inexplicable. For dramatic measure, Gettleman even goes so far as to tell his readership that “Kikuyus have been hunted down with bows and arrows.”

Thus, Gettleman not only renders the source of the violence pre-modern, but also the weapons used to perpetrate it.  According to his (il)logic, it would seem that those who kill each other with high-tech weapons are further up on the evolutionary scale.  Gettleman, however, is by no means alone in his preoccupation with the use of bows, arrows, machetes, and other “low-tech” weapons in Kenya.  I have yet to listen to a BBC World Service report on the Kenyan crisis that did not specify in detail the kinds of weapons being used to carry out the violence.  The overall picture being painted is one of especially barbaric violence.  Again, such a rendering is premised on the wrongheaded assumption that there is a “kinder, gentler” violence that more “civilized” people engage in.  Evidently it hasn’t dawned on any of these reporters that people in desperate situations make use of whatever instruments of violence are readily accessible to them. Moreover, I am sure that if you traveled to any Iraqi town that has been pummeled by America’s high-tech weapons, those who survived would not describe such weapons as kind, gentle, or civilized.

The focus on the kinds of weapons being used, in tandem with labeling the violence “tribal”, and hence “atavistic” is part of a larger pattern that seeks to portray Africa as the last bastion of prehistory. The danger here is that once violence of any kind is made to appear as though it has existed from the beginning of time, people tend to assume that it will persist until the end of time. It goes without saying that the Rwandan genocide was similarly misrepresented with devastating consequences. The world failed to respond to the Rwandan crisis in large measure because it was characterized as age-old, unstoppable, and primitive savagery.

What is so striking about this misrepresentation is that the violence in Kenya, as was the case earlier in Rwanda, is anything but prehistoric; rather, it is a very modern phenomenon with roots, as alluded to earlier, by and large in the colonial period. The proverbial chicken has now come home to roost in the post-independence period.  This is by no means to say that African leaders and the continent’s ordinary citizens should not be held responsible for their own actions.  Equally, we can’t simply look at what happens in the post-independence period in a vacuum.

Just as we widely acknowledge that the boundaries of modern nation-states in Africa are colonial creations, so too are many of the internal divisions within individual African countries.  Colonial regimes were quite astute at creating and then institutionalizing “tribes” out of groups of people who were externally perceived as sharing fundamental attributes that warranted their being lumped together.  Sometimes these designations mirrored self-perception, but often they did not. More significant, however, to the course of post-colonial African history was the deliberate policy which saw colonial regimes invest power in certain groups, allowing them to exercise power over other groups, and to benefit materially from their relatively exalted positions of power. The Tutsi in Rwanda and the Kikuyu in Kenya were favored by their respective colonial regimes and in the post-independence period much of the hatred directed at them has resulted from anger over their perceived unequal access to wealth and power.

In short, where ethnicity has played a role in post-independence violence it is not because of ancient hatreds, but rather because of a perceived relationship between ethnicity and access to material resources and political power, which has its roots in the twentieth century.  The irony in all of this is that when elite members of a particular ethnic group dominate economic and political power, the intra-group divide between the elite and the rank and file tends to be as great as the gulf that exists between groups.  Thus, when ordinary Kikuyus, Luos and Kalenjins take up arms against each other they strike out not at their oppressors, but at those who often share a similar oppression.

For well over three decades, Africanists have debated the uses and abuses of the word “tribe”.  One of the earliest critiques of the term came from the great South African anthropologist and Pan-Africanist, Archie Mafeje, who in 1971 argued that “if tribalism is thought of as peculiarly African, then the ideology itself is particularly European in origin.” Later generations of scholars would go on to show how in many instances so-called “tribes” were indeed colonial creations and thereby called into question the efficacy of using “tribe” as a unit of analysis when studying African societies. In 1997 the Washington-based Africa Policy Information Center (APIC, now Africa Action) published an invaluable teaching resource to assist educators in dispensing with the use of the word “tribe” in favor of more precise and less racist terminology.

In “Talking about ‘Tribe’: Moving from Stereotypes to Analysis” APIC in plain language dealt point by point with the negative ramifications of the continued use of the term “tribe” in the context of Africa.  In brief, the paper highlights the way in which tribe lacks a coherent meaning; “promotes a myth of primitive African timelessness, obscuring history and change”; in the western imagination “implies primitive savagery” and therefore “hides the modern character of African ethnicity, including ethnic conflict”; and “substitutes a generalized illusion for a detailed analysis of particular situations.”  It then addresses why use of the term “tribe” is so common even though it is so useless and offers answers to common arguments in support of the continued use of “tribe.”

One of the arguments regularly used to justify its use, is that Africans use “tribe” when talking about themselves. While there is no doubt that this is true, APIC helpfully points out that the prevalence of the term “tribe” in conversations conducted in English amongst Africans is best understood as the result of the limits of the English language to conceptualize African social units, rather than a reflection of how Africans understand themselves.  Indeed most speakers of African languages would agree that the term “tribe” is not directly translatable into their own indigenous languages.  For instance, in English the Zulu are referred to as a “tribe”, in the Zulu language, however, the word for the Zulu as a group is “isizwe”, which more closely translates to “nation” or “people”; hence, “Umkhonto weSizwe” is “Spear of the Nation” not “Spear of the Tribe.”  A must-read, APIC’s paper can be found at: <http://www.africaaction.org/bp/ethall.htm>.

While today few Africanists use the term tribe in their scholarship and teaching, it is still rampant in public discourse about Africa.  Slapping the word “tribal” on African conflicts is not only analytically lazy, it is irresponsible and dangerous.  Deeply embedded in a colonial lexicon of racism, the use of such inaccurate terminology naturalizes and further exoticizes violence in Africa in ways that preclude a true understanding of the root causes and manifestations of violence, and forecloses the possibility of generating more informed prospects for just and comprehensive resolutions to violent conflicts.

This article has been read 2,289 times
COMMENTS