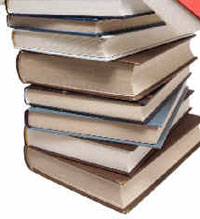 Education in Africa ought to  embrace several issues if it has to make the continent globally competitive by addressing issues such as transport and communication, health, energy, food sufficiency, trade and culture.

We need new ways to move from point A to B in our towns  and cities without suffering the pollution caused by vehicles. Is anyone discouraging  people from owning and running second, third and even fifth hand vehicles that impoverish them further on spare parts and inefficient  fuel consumption? Can African students come up with environmentally friendly modes of transport? Is anyone thinking of a cheaper option to tarmac roads? Do you know how much space current road modules take up in urban centres? Are they the only way out?

How can we ensure Africa urbanizes? There is no advantage in keeping to our rural  dispersal mode. People have to live in specific, centralized locations that can be viably supplied with essentials such as water, sanitation, energy, food, medicine and other essentials of life, and leave the rest of the space for more productive ventures. In Kisii, Kenya for example, part of productive agricultural  land is used in construction of shacks. How can we move away from that?

How can we make flying cheap enough  to replace other tedious modes of transport? This means introducing children to air planes and aeronautics  from primary through secondary school and university. There should be a subject, Aviation Studies from the  earliest stages, just as we have Civics and History.

Enhancing rail transport: Same as aviation, we should be looking at the various rail systems existing in the world today and seek to improve on them to serve African interests. Laying two or three  lanes of railway from Mombassa to Kigali or to Bangui through South Sudan and operating train services  for passengers and cargo would be far cheaper than building six lane highways to the same destinations. This should be a subject in primary school, to create interest in pupils to take it all the way to tertiary level.

Fuel and energy. Is anyone in Africa thinking about the End of Oil? Are we bothered that oil production is declining worldwide and that there is likely to be no oil in the next 50 to 70 years? How then can we, as a sun baked continent, make use of solar power and overtake Germany which even though is one of the coldest countries on earth with only a few months of sunshine, is nonetheless the leading purveyor of solar
energy technology? How about nuclear energy? Nuclear fission, which is being developed by scientists elsewhere. How can we ensure we have African scientists (African in heart soul and mind, not those who
have jumped ship and relocated) are part and parcel of the global effort to come up with renewable energy solutions?

Communication: Mass media and telecommunications. How to control these vital tools without resorting to technology imports. How can we domesticate communications technology that is critical for our survival?
Do Africans bother to know that there are more communication satellites orbiting what would be their space just above the equator, than those that orbit European or American space above the Tropic of Cancer? Must children wait until university to be introduced to these things?

Language: How can we ensure African languages are used in technical manuals, in instructing surgeons and aircraft engineers? How do we preserve our languages for posterity? It is not an accident that we
were created with our unique communication modes. They serve us best, why do we enslave ourselves with foreign tongues? Has any nation developed using the tongue of other people? Germany, Japan, India, Thailand, China. These countries stick to their languages first and English or French second. In Africa, those who cannot write or speak fluent English or French are considered illiterate!

Disease: How to control and eliminate tropical diseases such as malaria and typhoid. This should not be left to university medical students alone to tackle. It should be taught, tested and researched from the earliest stages of learning.

Food sufficiency: How to convert Africa’s great wastelands into productive agriculture. I was surprised to learn that, universities in Israel offer courses in Desert Studies. How come Africans, with their vast
swathes of desert land, have not bothered to study deserts?

Money: How should Africans convert what they have into value for them without it being compared to the US dollar? We need to go back and seriously study international trade and finance, and how it is
lopsided against Africa. How can we dam what we have instead of it all going to waste on the international ocean of dollar denominated commerce?

Exports. How can we control the value of what we export? What should we export? Who needs what from us and why? Is it of any critical value if for example, we stop exporting coffee? Would anyone feel the pinch?

This article has been read 1,997 times
COMMENTS