Murder in US: Who Will Speak for Nigerians? 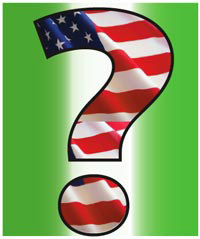 If you remember, a one time Dallas resident Don Okafor, a Nigerian native from Nnobi in Anambra State, was killed 'cold' blood in his office on Jefferson Boulevard near Loop 12, a few years ago. Not only was he shot, the killers, still at large, set his body afire. Don, was a used car dealer in Oak Cliff section.

Recently, William Dikeocha, a Nigerian native from Owerri in Imo State, suffered and fell at the hands of some unknown killer[s] and no one has been apprehended. According to report, he was tied up before they delivered the final shot. William, is also a used car dealer and met his unplanned end in Pleasant Grove section of Dallas.

All these murders, are increasing in Nigeria communities across US. But instead of various Nigerian run organizations such NIDO, WIC, ICAN, that should seek answers to what is going on to see whether such incidents can be ameliorated, these mostly effete organizations set up basically to woo and ambush naive politicians at home, appear indifferent. Or when they act, only do 'wake keeping'. In US, murder cases are often solved when aggrieved family members and friends seek other resources including hiring private detectors to assist the police in its investigations. Nigerians in US, are naive to such resource but only cry in back rooms without seeking assistance outside of themselves.

Some years ago, at a meeting of WIC folks in Dallas, I made a suggestion that we consider forming Nigerian Legal Defense Fund, an organization devoted to seeking the best legal support for any Nigerian in US, ever confronted with certain situation. It was brushed aside.

Nigerian lawyers who should provide leadership in such arena, are mostly interested in doing business for self enrichment. But no one should blame them because there is a difference in being a lawyer with knowledge of the use of the law to help advance a society and its people than being a transaction lawyer interested only in contingency fees or ambulance chasing. Serving in a Legal Defense Fund requires the caliber of Thurgood Marshall, and as of yet, Nigerian lawyers in US, do not see such role as worthy of engagement partly because it will take making winning arguments or unearthing certain laws to appear in such cases. If you show me a Nigerian lawyer in US who can effectively argue a case, I will show you an Italian who does not like 'spaghetti'.

As a major immigrant group in US, Nigerians in US, are the only ones without such an  organization. Not that such an organization will eliminate some falling at the hands of wicked people, it will at least send a strong signal that Nigerians are here to stand in for their own and offer them best assistance legal representation can offer. With Nigerians in US, do not expect the Sun to rise from the West.

As Nigerians in US are busy taking titles like folks at home, parading and posturing in organizations for show and no substance, it is no wonder Nigerians in US remain a loosely gathered bunch and only naive folks in Nigeria accord them any attention. If living in Rome entails cultivating ways to act and behave like the Romans, Nigerians in US have shown that when in Rome, just build a Nigerian village. If you can see the contradiction in this sort of behavior, pat yourself and shake your head.

May the departed rest in Peace but may the living leave no stone unturned in seeking justice for them. Don is gone and the file remains COLD. Now, Williams: I hope it does not go the way of Don. We must do SOMETHING!

This article has been read 2,613 times
COMMENTS