The Big Picture Theory in Africa 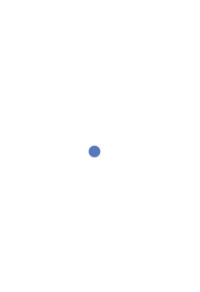 When we talk about the big picture, it means that we also have a small picture. To explain this theory, let’s take an example of an A4 white plain paper. Take a marker pen and put a dot on the paper. Raise it in your hands with the dot facing your audience and ask them what they see. Probabilities are, 80% of your audiences will say: we see a big dot but only 20% will say: We see a white paper. So, the dot is the small picture which can be seen with any one but the white paper is the big picture which as big as it is cannot be seen by any one.

How can we see it? That is a good question! It is very easy! All we need is the conception skill. We have to look beyond our nose and think beyond our families.

Although Africa is described as the poorest continent in the world, I don't see the  poverty. I don’t know about you! What I see is Africa with vast resources. Ask me why? Because when we open our eyes, all we see is only a small picture! Can’t we just open our big eyes once and see these opportunities of development and making money which are passing by?

Let me use a live example of a story published in Majira newspaper in Tanzania on 20th of November 2008 by Gladness Mboma. This is a story of  11 year old Baraka Rose who is looking for a sponsor for studies. This child has been raised by a monkey for 5 years of his childhood in Shinyanga Region. The death of the child’s guardian (Monkey who raised him) from a gun shot made the child to revert to normal human life.Today that kid is begging for help so that he can go to school like other children. Does he deserve to beg? Absolutely No!

Can you imagine the number of opportunities we have ignored? How much money was lost just by killing that monkey? A monkey, if trained, can live with people. The guardian monkey which raised a human child could adapt to any environment and be a source of information to scholars.Imagine how many tourists would have come to see the extra-ordinary monkey and how much they would pay for it. What a wonderful documentary film would have been produced in the whole World! How much would that have contributed to the Economy?

Had the monkey's killers seen the big picture, they would have seen the monkey, child, and the future of the child back to normal life. They ought to have pondered over what pushed the monkey to adopt this child other than shooting it  dead. They would have been taken it to the zoo to attract both local and foreign tourists. This is how we throw away opportunities.

This article has been read 1,813 times
COMMENTS