Church and State in Kenya 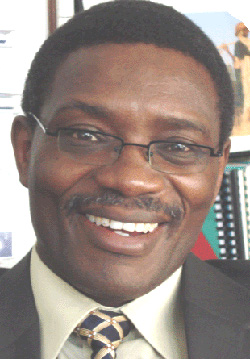 The history of modern political organization in Kenya begins with the declaration to make it part of a British East African Protectorate in 1895. This was essentially the official start of colonial supremacy. After WW1 there was a growth against colonialism which culminated in organized resistance and demand for consultative discussions on the plight of the African people. In 1963 Kenya gained independence and became a republic in 1964.

Since independence, the church in Kenya has offered primary challenge to the closed political regimes of Presidents Jomo Kenyatta and Daniel arap Moi. During Kenyatta’s reign, for instance, the church stood against alleged rampant political killings and oath taking pitting one ethnic group against others. Following in the footsteps of his predecessor (Nyayo), President Moi’s regime was also riddled with allegations of political killings, corruption and massive election rigging. As Professor Eric Aseka writes in Transformational Leadership in East Africa: Politics, Ideology and Community (Kampala: Fountain Publishers, 2005) p. 351, after the early elections in 1983,

During Kenyatta and Moi reigns, fear was the order of the day resulting into a culture of fear in national life. Many institutions which were critical of these governments were intimidated and some succumbed to silence apparently leaving the church as a lone voice of the people. The three leading churches in this endeavour were the Anglican Church, Catholic Church and the Presbyterian Church of East Africa. Their efforts boosted by the National Council of Churches of Kenya (NCCK). This was mainly done through vocal clergy such as Okullu, Gitari and Njoya who influenced the course of political affairs in Kenya.

The church in Kenya has hence been known to critique the structure of power whose core was one-party system, get involved with local and national political controversies and upheavals and participate actively in the provision of information through civic education to the electorate. As Galia Sabar-Friedman observes in ‘Church and State in Kenya, 1986 – 1992: the churches involvement in the “game of change,” African Affairs, (London, OUP, Jan 1997) p. 5,

The church took upon itself the role of advocating democratization in Kenya. In criticizing excesses in the exercise of state power, the church relied not only on its institutional power-base but on the self-declared limitlessness of its Christian imperative as well.

And Bishop David Gitari speaking in In Season and out of Season: Sermons to a Nation p. 31 at Kenyatta University in November 1978 said:

There are some sections of the Church which have stressed the utter hopelessness of this world and called upon the individual to concentrate solely on preparing his soul for the world to come. By ignoring the need for social reform, religion is divorced from the mainstream of human life. Christianity is not meant just for the soul; it is for the whole person… The Church must seek to transform both individual lives and the social situation that bring to many people anguish of spirit and cruel bondage.

The validity of this sort of church involvement in politics hangs on consistency in pointing out error and providing worthy example in leadership. Regrettably, the church in Kenya as in many African states has failed as a consistent critic as well as worthy example. Certainly, the church must guard against political opinions being mixed with the truths of the Bible and thus distracting people from hearing God’s Word. However, the church ought to strive to be right and persist, directed by the word of God. Unfortunately the church in Africa has sometimes, out of convenience, engaged in politics on the same plane as the world. Take the Anglican Church of Kenya and the National Council of Churches of Kenya for instance. In the reign of the retired President Moi, these two institutions were on the forefront in pointing out evil limiting the freedom of the people. The Anglican Church then called Church of the Province of Kenya alias ‘church of the politics of Kenya’. But times seem to have changed when the present government took over power. The question is what has actually changed apart from the people in government? Why did these institutions relegate their prophetic role? This inconsistency reflects badly on the church as conscience of society.

The inconsistency of the church’s political witness has been attributed to various factors chief among them being tribalism. In many African states, tribalism is in many cases the deciding factor behind voting trends. Party manifestos are written for legal purposes and kept away on shelves. The wider populace is largely ignorant of the manifestos content and rally behind individual politicians from their ethnic group. This evil results to the rampant nepotism. The church in Kenya has no moral basis to point out this vice because it is also largely organized and split along tribal lines. It has been observed by Paul Freston in Evangelicals and politics in Africa, Asia and Latin America (Cambridge: Cambridge University Press, 2001) p. 147 that the main reason for the ‘amicable church-state relations under Kenyatta was that the CPK and the Presbyterian Church were increasingly dominated by Kikuyu.’

Babafemi Badejo in Raila Odinga: An Enigma in Kenyan Politics (Lagos & Nairobi: Yintab Books, 2006) p. 45 argues that the negative ethnic factor in Kenyan politics has its roots in ‘the reaction to colonialism that started on the basis of ethnic association.’  He also points out ethnic stereotyping which has continued to destroy political trust in the interactions of various Kenyan ethnic groups. The stereotypes are in terms of general character, as a result of difference in culture and attitudes to life, social myths, colonial policies, tribal newsletters/journals among other reasons. The colonial church did not attempt to make matters better when it divided the land among different mission agencies. As a result, many people who plunge into politics, Christians and non-Christians alike, consciously exploit tribal feelings to their advantage.

Linked to the problem of negative ethnicity in Kenyan politics is corruption and abuse of office. Corruption negates the welfare of the poor and the disadvantaged and creates bitterness which is a recipe for insecurity. Kenyans have lost billions of shillings through corrupt dealings by politicians and their powerful allies. First there was the Goldenberg scandal followed by the dubious dealings of the government with the Anglo Leasing and Finance Limited. Kamlesh Pattni who was embroiled in the Goldenberg scandal where allegedly about 61 billions disappeared from the Kenyan Treasury has since converted to Christianity. The primary task has to be validating his political ambition as a Christian given his past dealings. It is not just Kamlesh who has to explain his position on corruption but indeed other church leaders who seek political positions. What is at stake here is first and foremost the individual witness in terms of integrity, the personal life of the politician concerned. Another question has to be how Christians hope to provide transparent political witness in a land where corruption seems to be tolerated by both church and state.

The church must also guard against involvement in politics as a defence of its own interests as this greatly compromises the Christian witness. In Kenya some churches have had a sort of established status by their association with the head of state. Some have ended up receiving ‘gifts’ like being allocated public land in a scandal commonly referred to as ‘land grabbing.’ Totally compromised, these churches are seen to support the government of the day and turn a blind eye to political rot. Ezekiel 32: 2 ff warns:

Woe to the shepherds… you eat the curds, cloth yourselves with wool and slaughter the choice animals, but you do not take care of the flock.

This selfish approach to politics by the church has prolonged the colonial baggage where in the words of Jeff Haynes in Religion and Politics in Africa (Nairobi: East African Educational Publishers Ltd, 1996) p. 24, colonial administration employed religion ‘tactically in their pursuit of political domination.’ Christianity has thus been regarded with suspicion and attacked by those who see themselves as African nationalists regarding it a white man’s religion in opposition to those who agitate for freedom and justice.

This article has been read 4,151 times
COMMENTS