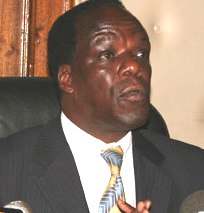 It is the first time African Economists are gathered together to discuss the issue of single currency in Africa. I commend the African Union and especially the Commissioner for Economic Affairs for initiating this congress which will serve as a window of opportunity for African researchers, particularly economists, both from within and without to assist the African Union in finding solutions to several problems being experienced by the continent.

The tendency in today’s world is to enter in some form of cooperation and integration with groups of countries to build synergies for development, peace and security. Africa is no exception. The Economic Commission for Africa became the champion of Africa’s regional integration in the mid 1960s. At that time, the commission proposed the division of Africa into regions for the purposes of economic development. Since then, several regional bodies have been established with specific mandates. These include: Community of Sahel- Saharan States (CEN-SAD), Economic Community of Central African States (ECCAS), Common Market for Eastern and Central Africa (COMESA), Southern African Development Community (SADC), and Economic Commission of West African States (ECOWAS). Others include Arab Magreb Union (UMA), the East African Community (EAC) and Intergovernmental Authority for Development (IGAD).

All African countries belong to at least one or two of these regional groupings which have been in the forefront solving some of Africa’s challenges. Some of their interventions include; creating larger markets to permit economies of scale, wider competition and increased foreign investment, strengthening unity for international negotiations and increased bargaining power, resolving inter-state conflicts, management of shared natural resources and convergence of macroeconomic policies.

This notwithstanding, some challenges such as poverty, unemployment and food security are still persistent and may need more innovative approaches to solving them apart from the business as usual approach. Economists must therefore be at the forefront providing strategies for moving forward.

I am aware that some Regional economic Groupings have made great strides towards entering into monetary union.  I take note of the case of CEMAC and others such as Eastern Africa Community who is now at an advanced stage of discussing the creation of a common market that will eventually lead to a monetary union. These are bold steps and we need to commend and encourage them. Other Regional Economic Communities may wish to learn best practices from those who are already in a monetary union.

Introducing single currency is considered necessary in promoting efficiency at the micro-economic level and increasing macro-economic stability of the concerned regions. Together with the necessary structural reforms, there is no doubt that growth will be stimulated. A single currency would help reduce the cost of doing business on the continent and also promote cross border trade and investments necessary for economic growth. Single currency would ensure that prices of commodities within the region are easily compared and this would ensure the elimination of transaction costs and price distortions. European Countries have been successful in adopting a single currency with Euro being a very strong currency.

However any decisions to abandon individual countries' currency is fundamentally a political issue. Currency unions are formed as part of a larger strategic push to integrate the countries entering the union, often in combination with free trade agreements, harmonized legal standards, liberized migration laws, peace and security in member countries, political and civic commitment and mutual trust among countries. As we do this, we must involve the private sector which is the engine of growth.

In spite of the difficulties that could be encountered, African countries need to persist in their common endeavor to ensure that they succeed, because a common currency in itself symbolizes the success of African Integration. However, several issues arise, for example, should we follow the European example, the American model or should we explore new approaches based on African realities?

Let us all recall Article 19 of AU Constitutive Act on the creation of three very important financial institutions namely: Africa Central Bank, Africa Investment Bank and African Monetary Fund. The creation of these three institutions point to the commitment of African leaders to endow the continent with credible financial institutions towards financing of development projects. The current financial crisis being experienced not only in Africa but the world over constitutes an appeal to accelerate the setting up of these institutions which aim at  protecting Africa from the impact of such crisis and allow the continent to anticipate similar future crisis.

While Africa Investment Bank and Monetary Fund could be easy to create, the creation of Africa Central Bank on the other hand hedges on the sovereignty of Member states, thus making its creation more difficult. Meanwhile, the establishment of a regional monetary fund could act as a useful first step to enhance cooperation in currency stabilization. This would then serve as a complementary vehicle to the process of monetary integration.

Given the diversity of the African economies, you need to come up with a practical approach which can accelerate the creation of Africa Central Bank. It may take some time before we achieve our goal but every journey starts with a step. Let us be committed to the process. We can achieve it. Some continents like Europe took about 50 years but they made it, so, why not Africa?

This article has been read 2,091 times
COMMENTS