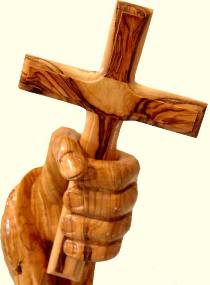 My generation was born, grew up, and came of age at a time when Nigeria was not this disordered. It was a time when poverty was not this rampant and entrenched. It was a time when religion and spirituality was not overly commercialized. For the most part, religion was a solemn dialogue with God or other deities -- done mostly in private. Not too many people, as far as one could tell, wore their religion on their sleeves. Those who did were mostly considered nuts.

The loudest sect were the white garment Churches. After all these years, I still cannot tell the difference between the Aladura, the Cherubim & Seraphim, the Celestial Churches, the Redeemed Christian Church of God, the Jesu Oyingbo group and the Olumba Olumba folks. They all looked and sounded alike. The dominant were the Catholic, the Anglican, and the Methodist sects.

We had  the Scripture Unions (SU), perhaps the forerunners of the born-again movement. I am surprised we don’t have born-again Muslims. May be there are. The SU forbade female members from wearing trousers, putting on lipsticks and other makeup or otherwise dress in flamboyant manner. Some even refused to watch TV or own pricy earthly possessions. Many of its members looked haggard, gaunt and as though escaping concentration camps.

In desperate times, desperate people always needed something or somebody to lean on. In times when all seems lost and uncertain, people always needed someone or something to blame for their hapless situation. This was exactly what the so-called men of God provided.They provided the needed excuses. Witches and wizards were blamed. Neighbors were blamed. Innocent children were accused of unholy acts. Critics and perceived enemies were blamed. The young were not encouraged to imagine, to think critically, and to question. The young were not encouraged to push the envelope, to discover new frontiers. But instead were schooled in the art of fear, fatalism and laziness.

And so it is that we now have generations of Nigerians who do not know what it means to think beyond their provinces. They do not know how to be responsible for themselves and their larger communities.

For about five hundred years, Europeans enslaved Africans. While formal slavery has ended, one of the bubonic plagues they brought, and left behind, are being used to enslave the African mind. If you thought slavery and colonialism was bad, wait another generation or two: the physical and mental havoc will not only be deadly, it may be unparallel in human history.

Historically, it has always been the way of the poor, the miserable and the uneducated, to blame something or somebody for their ill-fated condition. They become averse to hard work and smart work and to taking responsibility for their lot in life. Ironically, in today’s Nigeria, even the educated, the rich and the well-traveled have become enslaved by religion. The born-again movement has so gone off the curve in the not too distant future born-againism may become the major requisite for elective office or political appointment in some Christian enclaves.

I cannot but think of my own sojourn as a former Christian. I was a social Christian for the first 25 years of my life. I went to Church every now and then, ticked the Christian box, occasionally perused the bible, observed religious holidays and so on and so forth. A childhood friend (Johnbull) had convinced me the world was coming to an end. If I wanted to live forever, I was to convert. And so I did. For three weeks!

When I returned to boarding school (Government Secondary School Ilorin) three weeks later, the world hadn’t ended. To think that I was a believer for three full weeks and nothing happened? How disappointing it was. It’s been three decades since and the world hasn’t ended.

For almost two years now, the speculation is that “if Sabella is not a Christian or a Muslim, then he must be serving juju or serving something.” I am not serving anything. I am all about the rule of law, professional ethics and personal morality. That’s enough for me.

In spite of the aforesaid, something happened recently on Facebook. I was telling a friend it was time I became a Christian. But more than that, may be it is time I claim to be a born-again. Really, if I were to (a) claim to be born-again; (b) write to praise-sing politicians; and (c) engage in nefarious acts, I’d be one of the most loved fellows.

As an agnostic with zero record of criminality and moral wastefulness,  I have decided on the following:

1. Become a Christian
2. Become a born-again
3. Become a praise-singer
4. Join a political party (preferably, the PDP)
5. Engage in political schemes
6. Engage in 419 and other contract schemes
7. Become the gatekeeper of immorality and ethical excesses

Once I have all these under my belt, I expect to be rewarded with (a) love and affection; (b) chieftaincy titles and honorary degrees and social accolades; (c) get appointed as minister, ambassador, or special adviser on something-something; (d) join the league of who-is-who in Nigeria; and (e) get a special invite to religious congregations and meet with famous and infamous pastors, reverends, apostles, deacons and prophets.

Sabella Abidde writes from Washington DC. He can be reached at: Sabidde@yahoo.com

This article has been read 2,381 times
COMMENTS