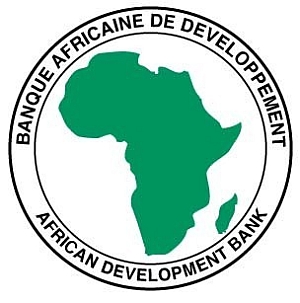 Despite the fact that  the goals, aspirations and achievements of the African Development Bank are laudable, the Bank does not live up to its charges and accolades.

Let's forget about the appearances at Wall Street, NYSE, Clinton Global Initiative and all the other fanfare that most African leaders adopt as the mantra and manifestation of their leadership and window to the world. The bottom line is: majority of African banks and finance institutions are mere shadows of shady investors from the West whose ultimate goal is not only to keep Africa the way it is, but also ensure that these institutions deliver nothing to the supposed immediate beneficiaries but on the other hand reap hefty returns on their marginal investments.

I loathe calling institutions such as the World Bank and its allied affiliates a 'bank' when in the normal and typical sense, they are not. The better name for them should be development agencies and or commissions. If it is a 'world bank', when was the last time anyone made a deposit there? What is the share price of holding a stock in the Bank? The World Bank is an institution created by the West to keep an eye on the economic behavior and conduct of developing nations. In the world, the Bank still exists because of Africa.

It is not the interest of those that want to checkmate development in Africa that the bank cease to exist. Visiting and using the Bank is like seeing a psychologist: They pray and want one well but really, they do not want one well. Most Asian and Latin American nations no longer use the bank for anything and shun its advances.

When dealing with money and financing, two most important questions are: What is the source of the money? What interest rates are borrowers charged? The 24 ADB non-regional members, have more say in what happens at the Bank than the regional 53 members. The partnerships and cooperation unit of the Bank mobilizes untied grant resources from the 24 non-regional member countries with which the institution also has bilateral partnership agreements to fund technical assistance, capacity building and feasibility studies based on grant in Africa. Note the key phrase: 'untied grant resources'. That is, money they do not need, so Africa becomes a welcoming receipent: More like 'dumping' with a view to making heavy gains.

The cost of money is a determinant in borrowing for it affects the level of economic development for a given people. The majority shareholders of ADB are western donors and rich institutions. Very few African institutions have exposure at the bank. When one sees the leadership of these institutions frequent London, and , it's not so much to display their glaring accomplishments but to show up in praise of the donors and stretch arms for alms. The saying that 'he who pays the piper dictates the tunes' is very evident in lending and borrowing.

With Africa's minimal financial exposure in the institution that is charged to champion its development, it is no wonder very little is seen and done to elevate the condition of a continent that gives the world a third of the raw materials needed to run industries. Whether one agrees or not, black/Africans are still the ones that borrow at the highest imaginable rate. Here is a glaring illustration.

Throughout Africa, the lending rate is highest. Most African businesses borrow at a rate of up to 40% and none of the borrowed funds are on an amortizing schedule. Instead, they are revolving credit on short term - less than 2 years. All banks in are knee-jerk lenders because they do not control their destiny. Since African national governments are basically off-springs of their former colonial masters, it is not surprising that as independent nations, they are mostly dependent nations.

In  interest rate is at 35%+. A business needing $1m must turn over 3x of the interest payment as revenue in order to sustain the ability to borrow. Such a business must produce gross receipts/revenue of $1,050,000.

Because banks in Africa are mainly correspondent institutions that service loans for western donors, they are not part of the development effort. In US, one can borrow $1m at 6%-7%, for an annual interest payment of about $70,000. On the other hand, pays back at 5x on the same loan amount. It means that  it's better for a Western institution to loan money to Africa through 'shylock institutions' knowing that pay back is assured and guaranteed by the foreign reserve of the country.

If members of G20 really want to assist Africa, they must deliberate on interest rate charged by banks in Africa and cap such at no more than 10%, or a multiplier of 1.25x of the annual percentage rate of a base/benchmark country, which in this case is US. And when an African country has shown remarkable growth rate over a 5-year period, its maximum borrowing rate should be indexed to LIBOR; London Inter Bank Offered Rate, with a multiplier not to exceed 1.5x. Until such happens, no amount of money doled out to without effective reduction in the interest rate will change anything except of course, making and getting rich off the back of Africans.

Investment returns in Africa are highest in the world because lending rates are at cut throat. When a nation's borrowing is hinged to the amount of her foreign reserve, it strives to please the credit rating agencies to remain able to borrow. Is it not the same Standard and Poors, Moody, and all the others, whose ratings gave us the current economic crisis, that also rate institutions? If we believe one is bad on one side but good on the other, then the notion of what is good for the goose and gander, is defeated. Rating is a not pure science and will never be when most of what happens in the world is seen along the line of race and geography.

Money and its attendant resource finance, is the preserve and exclusive right of any nation. As a legal tender, whose ultimate value is for the exchange of goods and services, and inducement for production, no nation must play second fiddle to another. But when nations agree to undue devaluation of their currencies and unwittingly agree to sign on to some foreign institution dictating its ability to borrow and grow, then the old adage of 'he who keeps your money enjoys dictating how well your money serves you', becomes the order of the day.  has achieved without succumbing to caprices and machinations of Western institutions. African nations can do the same.

Today's world respects defiance especially if one is matching in lock steps to deliver to her people. Democracy is not a panacea for economic development because if that is the case, India would have emerged before . Isn't it an irony that a communist country holds the highest amount of US treasury notes and presses on without pegging its currency to that of anyone and shuns the World Bank? There is a lesson for all in what has done. The value of such a lesson can only manifest when a nation takes the attitude of 'we/me first' and remain unapologetic as its seeks ways and means to serve and deliver her people.

As long as African leaders keep looking outward for solutions, they will remain the doormat and stepping stone for all that want to take advantage of them. Since nations must never engage in activities that undermine their economic growth, how come Africa is so bent on pleasing and appeasing outsiders at the expense of her people?

Africa must quit appearing as 'beggar' and step up to the challenges by defying most conventional wisdoms taught her by her colonial masters. It all possible that an old can learn new lessons even at old age. As the oldest continent, why must Africans act like babies with running nose? Now you go figure.

This article has been read 2,348 times
COMMENTS