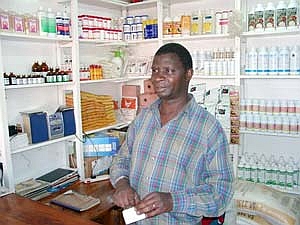 At a time when failing harvests are once again threatening the lives and livelihoods of millions across Africa, 300 agriculture scientists, entrepreneurs, farmers’ organizations and governments from across the continent have gathered to accelerate a massive effort to develop and deploy higher-yield, disease and drought resistant crop varieties of Africa’s most important food crops.

The meeting brings together a wide range of experts from 20 countries who collectively form the heart of the Program for Africa’s Seed Systems (PASS), a $150 million initiative launched two years ago by the Alliance for a Green Revolution in Africa (AGRA) to bring improved varieties of rice, maize, millet, sorghum and other food staples to millions of Africa’s smallholder farmers.

The reports over the last month of a drought-induced famine potentially affecting 20 million people in Ethiopia, Eritrea, Kenya, Somalia, Sudan and Uganda provide yet another reminder of the challenges facing African agriculture and add a new sense of urgency to the PASS effort.

“Without a viable, sustainable system that provides our farmers with improved higher yielding and disease- and drought-resistant varieties of our food crops, Africans will continue to be uniquely vulnerable to food crises,” says Dr Namanga Ngongi, President of AGRA.

PASS has moved rapidly to spur the development and distribution of improved seeds for African farmers. This has resulted in training over 100 African crop scientists, funding some 40 crop breeding programs, steering 65 new, high-yield crop varieties into the field, providing start-up capital for 32 African seed companies who have collectively produced approximately 6,000 MT of certified seed, and enlisting 5,000 agro dealers who in 2008 alone provided smallholder farmers with $45 million worth of seed and farm inputs.

“No region of the world has developed a seed system without seed companies,” Dr Joseph DeVries, Director of PASS observes.  “A strong, African-based commercial seed sector devoted to serving smallholder farmers has long been a missing link in creating a sustainable seed system.  Today we are forging that link.”

A new study released at the conference documents the state of the seed sector in four West African countries: Nigeria, Ghana, Mali and Benin. A total of only eleven seed companies were identified, eight of them in Nigeria.

“Except for Nigeria, there are not enough seed companies in West Africa to drive a viable seed sector,” says study co-author and AGRA Policy Officer Augustine Langyintuo.  “We must increase the number of seed companies if smallholder farmers are to be able access improved seed and grow more food.”

The study, conducted under the auspices of the Drought Tolerant Maize for Africa Project, found that demand for improved maize seed far outweighs supply.  From 1997 to 2007 in West Africa, only one-third of farmers’ demand was met.  This number, however, masks huge differences within the region.

In Niger, for example, improved seed covers only 4% of farmer needs, according to Maizama Issourfou of ALHERI, the first private seed company delivering improved seeds directly to resource poor farmers in Niger.

The situation in Eastern Africa and Southern Africa is similar.  Although there are more private seed companies in existence, significant obstacles have historically inhibited their ability to scale up production of improved seed. In 2007, the total amount of improved seed produced was only 9% greater than a decade ago, despite the presence of many more seed companies.

Obstacles to developing a robust seed systems in Africa include lack of access to credit; only 1 percent of commercial bank financing goes to agriculture. Also a problem is lack of access to seed production and processing equipment.  In Northern Ghana for example, there is only one seed processing unit to service over 50 seed growers, according to Joseph Bapule with Savanna Seed Services Company, Ltd. Government policies have also created obstacles by slowing the release of proven new varieties; providing weak oversight to seed regulatory systems; and enforcing unnecessary barriers to seed trade barriers.

Throughout Africa, demand is high for improved varieties that can allow farmers to boost their harvest and better withstand threats such as drought and disease.

An assessment by AGRA earlier this year found that nearly all the PASS sponsored seed producers in 13 countries have sold 100 percent of their seed. Most indicated they could have sold more. Also, in only two years, investments in 24 small and medium sized seed companies and cooperatives have helped them double production, from 2656 metric tons to 5284 metric tons. PASS hopes to see these totals rise to 13,000 tons by the end of this year.

dealers reach tens of thousands of farmers with affordable high quality seed, fertilizer and other inputs. In just four countries—Malawi, Tanzania, Kenya and Zambia—AGRA has funded the training of 4,426 agro-dealers, leading to the certification of 3,612 agro-dealers.  They have collectively sold nearly US$2,000,000 of inputs to farmers.

PASS grantees attending the Mali conference are bringing a number of other reports of progress. For example:

In Mali, the seed company Faso Kaba has in two years produced and sold 348   MT of certified seeds of maize, sorghum, groundnut and rice, exceeding the   target of 170 MT.  It reached 30,000 farmers with the seed, and trained   150 stockists.

The public research system of Mali, meanwhile, has released three new,  hybrid sorghum varities and plans to release five hybrid maize varieties   before the end of the year.  Next year, it hopes to register a new   generation of upland rice varieties, also bred locally.  In June of this year, Uganda released three new, hybrid maize varieties   which are now being commercialized by the country’s rapidly growing private   seed industry.  In Uganda, as in several other countries where PASS operates, the growth of the seed industry is limited not by farmer demand for   improved seed (which always remains high), but by the availability of new,   locally-adapted varieties and sufficient seed producers to multiply and market   them.

In Rwanda, PASS-supported scientists are developing improved varieties of   drought tolerant and disease resistant beans and stress tolerant maize. A Rwandan seed company is producing and distributing improved varieties of maize, beans, sorghum, cassava   and soybeans to smallholder farmers.  In Malawi, local seed companies combined to produce nearly 500 MT of   improved maize and legume seed which will shortly go out for sale to local   farmers.  Some 250 MT of this seed was also of locally-bred and produced   hybrid maize, which is highly sought after by local farmers.

In Mozambique, PASS-supported scientists are developing disease-resistant   maize and stress-tolerant sorghum and rice varieties. PASS is supporting two national seed companies, one of which already has produced and distributed   1,285 metric tons of improved varieties of maize, cowpeas, sorghum and   sunflower; bought and installed its own seed processing facility and recruited   and trained a network of 38 agro-dealers.  Mozambican seed companies will this year begin production of hybrid maize seed for   marketing to local farmers. In Uganda, PASS support has enabled 10,000 bean farmers to increase yields   and provided smallholder farmers in 23 districts with 10,557 banana trees   resistant to a rapidly spreading and devastating fungus.

This article has been read 2,144 times
COMMENTS