Black and White Intelligence: A Comparison 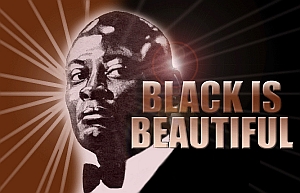 Many ancient and medieval writers commented on how skin color correlated with intelligence. To the shock of many modern readers the Greeks and Romans equated dark skin with intelligence and lighter skin with stupidity. The Greek historian Lucian (125?-90) wrote that the Ethiopians (name for all black people), "Being in all else wiser than other men," invented astrology and taught it to the Egyptians.1 Aristotle (398-332BC) believed that, "The races that live in…. Europe are full of courage and passion but somewhat lacking in skill and brain power2 …Those who are too black are cowards, like for instance, the Egyptians and Ethiopians. But those who are excessively white are also cowards…The complexion of courage is between the two." 3 Aristotle believed, liked many Greeks and Romans, that they lived in the perfect, "mid-position geographically," between the intelligent, yet cowardly dark skinned southerners, and brave, yet dull pale-skinned northerners.

Vitruvius Polio (1st century BC) in his book, On Architecture, wrote the following passage about the different innate attributes of people:

"Now while the southern peoples are of acute intelligence and infinite resource, they give way when courage is demanded because their strength is drained away by the sun; but those who are born in colder regions by their fearless courage are better equipped for the clash of arms, yet by their slowness of mind they rush on without reflection, and through lack of tactics are balked of their purpose…Italy presents good qualities which are tempered by admixture from either side both north and south, and are consequently unsurpassed. And so, by its policy, it curbs the courage of the northern barbarians; by its strength, the imaginative south. Thus the divine mind has allotted to the Roman state an excellent and temperate region in order to rule the world."4

There are many examples of the Greeks and Romans' high regards for the intelligence of black people. In Heliodorus's play, an Ethiopian King was a model of wisdom, righteousness, and magnanimity.5 In Homer's Odyessy, Odysseus's herald Eurybates--who has black skin and wooly hair--was renowned for his wisdom.6 Lucian mentioned a thoughtful Negro scribe from Memphis named Pancrates.7 Aesop, the famous fable writer was described as an Ethiopian.8 The Roman writer Terrence, who achieved great fame as a comic poet after arriving in Rome as a slave, was described as having dark and black skin. Terrence was accepted into Rome's elite circles and his daughter married a Roman knight.9

Strabo placed Taharqa, one of the kings of the Black-Nubian-Egyptian 25th dynasty, among one of the world's greatest military tacticians.10

Many Arabs in the Middle Ages believed they were superior mentally to all people--they showed contempt for lighter and darker skinned people--although they seemingly held blacks in higher esteem than whites. The Muslim scholar Sa'id al-Andalusi wrote: "They (whites) lack keenness of understanding and clarity of intelligence, and are overcome by ignorance and dullness, lack of discernment, and stupidity."11

A Muslim writer in the 10th century wrote that Iraqis were the most intelligent and attractive people. "The people of Iraq have sound minds…a proficiency in every art…and a pale brown color, which is the most apt and proper color…They do not come out with something between blond, blanched and leprous coloring, such as the infants dropped from the wombs of the women of the Slavs and others of light complexion; nor are they overdone in the womb until they are burned…such as the Ethiopians and other blacks…. The Iraqis are neither half-baked dough nor burned crust, but between the two." 12

The Asian Mongols also believed that whites were innately inferior. Between 1237 and 1242 the Mongols ruled over Russia and much of central Europe. They grew wealthy selling white slaves. In the Middle Ages Russians and other Slavic people were the primary source of slaves in the Mediterranean world--The word slave even derives from the word Slav.13 To the surprise of many, there can be little doubt that black people in the Mid-East and Egypt owned white slaves.

Medieval European and Arabs who visited African kingdoms praised the blacks for their intelligence. Duarte Pires, writing to the king of Portugal about the people of Benin, told his king, "they are very good learners."14 A Portuguese chronicler described an ambassador from Benin as, "a man of good speech and natural wisdom."15 The Dutchman Olfert Dapper writing in 1622 concluded that "These Negroes...are people who have good laws."16 Donald Levine and Almeida described the Ethiopians as "very amenable to reason and justice…intelligent and good natured…mild, gentle, kind…"17 The memory power of Africans struck one European merchant as "beyond what is easy to image."18 Mahnud Ka'ti wrote, "the great men of the Songhay were versed in the art of war. They were very brave, very bold and most expert in the deployment of military stratagems."19

Henry Morton Stanley, after visiting the court of the Ugandan king in 1875 wrote that he was neither, "tyrannous savage," nor "wholesale murderer," as had been told in European fables, "but a pious Mussulman and an intelligent humane king reigning absolutely over a vast section of Africa, loved more than hated, respected more than feared." 20

An English soldier, after being defeated by a Nigerian town that had acquired guns and cannons, wrote that the Africans demonstrated a, "…considerable amount of intelligence. The guns were admirably placed to meet any attack from the direction expected…and were well and strongly mounted."21

One British soldier warned his countrymen about the Bornu soldiers: "Do no let us smoothly despise these black warriors. This headstrong braggart cavalry and its rabble of infantry, these raidings and reivings or rare and brilliant battles that grew willy nilly from duel and skirmish--they were our own feudal army, they were Crecy and Agincourt." 22El Masudi, a 10th century Iraqi historian recorded that the Zang, a black people in East and South Africa, "are elegant speakers."23

John Hunwick, a history Professor at Northwestern wrote: "In India Black African slaves or freedmen played a considerable role, not merely as soldiers but also as administrators and rulers, in a number of states from the fourteenth to the seventeenth century."24

The Muslim world believed that blacks made good financial assistants.25

Barbosa recorded that a people near Zimbabwe, "…are great traders."26

Visiting the Tigre in Ethiopia in 1893, Bent wrote in admiration, "all the surrounding hills have been terraced for cultivation…Nowhere in Greece or Asia Minor have I seen such an enormous extent of terraced mountains as in this Abyssinian valley. Hundreds of thousands of acres must have been under the most careful cultivation, right up almost to the top of the mountains."28

The high regard in which the Europeans held black intelligence for over 2000 years quickly took a dramatic dive during the slave trade and Africa's subsequent fall: "By the eighteenth and nineteenth centuries," Davidson wrote, "the European estimate (of black people) had changed, vastly changed; because Europe, with a couple of hundred years of industry and science behind it, had also changed, while Africa had…had fallen back."29

In 1748 the Scottish philosopher David Hume--ignoring or blatantly lying about history--demonstrated the ridiculous propaganda that was accepted by an unknowing public with the following quote: "I am apt to suspect the Negroes, and in general all the other species of men, to be naturally inferior to the whites. There never was any civilized nation of any other complexion than white, nor even say individual eminent in action or speculation." Sadly this type of propaganda was accepted among white Europeans; they just didn't know any better. Unfortunately the propaganda led whites to discriminate and commit violence against people with darker skin tones, especially blacks, because of lies like the one above.

When historical facts clearly proved the white supremacists wrong they desperately dreamed up ridiculous stories, or squeezed their eyes really tight until they truly believed 2 plus 2 was 5. They even created myths why the artwork of the Romans, Greeks, and Egyptians all clearly show darker skinned people with black hair as the inhabitants, instead of blondes with pale skin, who they claimed created the civilizations; Their ad hoc explanation was that it was the blondes who initially built the civilizations, but accustomed to their old climate of the north, began to wither in the Mediterranean heat and quickly died out.30 Ridiculous as that is, it was accepted. White myths about how Europeans once conquered and civilized India, the Arab nations, and Sub Sahara Africa soon followed. There was a general rule of thumb: Whenever a civilization was successful it was because of white infiltration and rule, yet when a civilization declined it was because of race mixing or a dark skinned leader; forget the evidence! Simple, silly, and contrary to all the empirical evidence, yet it was accepted by the public.

Incredibly it is these erroneous claims that are the root of false stereotypes many people have today, which of course leads to violence and discrimination.

In 1932 Wilson studied the Kenyan mines, terraces, and roads, and his thoughts are a reflection of the vastly changed mindset toward blacks. "The average width of the top of the terraces is about a foot. They were probably about three feet originally, and the depth between terraces three feet." The roads, "as a rule about ten or twelve feet wide," while, "the strata of the hillside are exposed and have been worked with a tool." One of the roads of Kenya connects with Northern Zimbabwe, which is around 500-600 miles. It was a great achievement of the Kenya’s, but not according to Wilson. He wrote that the black natives, who were actually still using the terracing methods when he visited, "are too barbarous to have learnt it themselves." When the Kenya’s told him that it was they who had mastered these techniques he shunned it as, "probably an Anzanina legacy."31

Myths about the stone palaces of Zimbabwe were even more absurd. The stone castles were an obvious evolution from the straw and wood homes constructed by the indigenous people, yet white supremacists claimed that Phoenicians built the castles; or perhaps, they claimed, it was King Solomon's mines; or maybe even the Garden of Eden. It's hard to imagine people believing these stories, but it was a different time, and who else could have built them? Certainly not the blacks they reasoned. It would be funny if it weren't so harmful.

17Hunwick, John, "Black Africans in the Islamic world: an understudied dimension of the Black Diaspora," Tarikh 5.4, 27

24Hunwick, John, "Black Africans in the Islamic world: an understudied dimension of the Black Diaspora," Tarikh 5.4, 31

This article has been read 2,664 times
COMMENTS