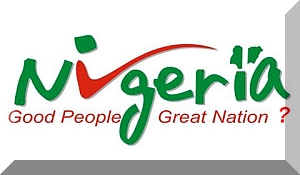 I have a long connection to . Not only was I an Ambassador there, I have travelled to and from Nigeria for a number of years and have a deep and abiding vital emotional attachment to the Nigerian people, their magnificence, their courage, artistic brilliance, their irony, sense of humour in the face of challenges, among others. I hope that we keep that in mind when I say some things that I think are counter to what we normally say about . And, I say that with all due respect to Eric Silla, who is doing a magnificent work at State Department and to our good friends from the legislature; because I have a feeling that we, Nigerians and Americans, may be doing Nigeria and Nigerians no favour by stressing Nigeria’s strategic importance.

I know all the arguments: It is a major oil-producer, it is the most populous country in Africa, it has made major contributions to Africa in peace-keeping, and, of course, negatively if were to fall apart, the ripple effects would be tremendous. But, I wonder if all this emphasis on ’s importance creates a tendency to inflate ’s opinion of its own invulnerability.

Among much of the elite today, there is a belief that Nigeria is too big to fail, too important to be ignored, and that Nigerians can go on ignoring some of the most fundamental challenges they have: disgraceful lack of infrastructure, the growing problems of unemployment, the failure to deal with the underlying problems in the Niger-Delta, the failure to consolidate democracy; and somehow feel will remain important to everybody because of all those reasons that are strategically important. I am not sure that that is helpful.

Let me sort of deconstruct those elements of ’s importance, and ask whether they are as relevant as they have been.

What does it mean that one in five Africans is ? It does not mean anything to a Namibian or a South African. It is a kind of conceit. What makes it important is what is happening to the people of . Are their talents being tapped? Are they becoming an economic force? Is all that potential being used?

And the answer is ‘Not really.’

And oil. Yes, is a major oil producer, but is now launching a 10-year programme that is going to make it one of the major oil producers in the world. Every other country in is now beginning to produce oil. is rivaling in oil production, and the has just discovered a huge gas reserve which is going to replace some of our dependence on imported energy.

So if you look ahead ten years, is Nigeria really going to be that relevant as a major oil producer, or just another of the many oil producers while the world moves on to alternative sources of energy and other sources of supply?

How influential is ? What about its influence and contributions to the continent? There is a great history of those contributions. But that is history. Is really playing a major role today in the crisis in on its border, or in , or in Darfur, or, after making many promises, any contributions to ? The answer is no. Today is not making a major impact on its region, or on the African Union or on the big problems of .

What about its economic influence?

Well, as we have talked about earlier, there is a de-industrialisation going on in ’s lack of infrastructure and power means that with imported goods under globalisation, Nigerian factories are closing and more people are becoming unemployed. is becoming a kind of society that imports and exports and lives off the oil, which does not make it a significant economic entity.

Now, of course, on the negative side, the collapse of would be enormous, but is that a point to make strategically important?  Years ago, I worked for an Assistant Secretary of State who had the longest tenure in that job in the 1980s; and I remember in one meeting a Minister from a country not very friendly to the United States, came in and was berating the Assistant Secretary on all the evils of the United States and all its dire plots and in-things in Africa.

He was going on and on and finally the Assistant Secretary cut him off and said, “You know, the biggest danger for your relationship with the is not our opposition but that we will find you irrelevant.”

can become much less relevant to the . We have already seen evidence of it when President Obama went to and not to . He was sending a message that symbolised more of the significant trends, issues and importance that one wants to put on Africa than .

When I was asked by journalists why President Obama did not go to , I said, “What would he gain from going? Would be a good model for democracy? Would it be a model for good governance? Would he obtain new commitments on or or strengthen the African Union or in or elsewhere?”

No he would not, so he did not go. And when Secretary Clinton did go, indeed, she also went to . Who would have thought years ago that would be the most stable country in the of and establish a binominal commission in ?

The handwriting may already be on the wall, and that is a sad commentary. What it means is that ’s most important strategic importance in the end could be that it has failed. That is a sad, sad conclusion. It does not have to happen, but I think that we ought to stop talking about what a great country it is, and how terribly important it is to us and talk about what it would take for to be that important and great.

It takes an enormous amount of commitment. You do not need saints, you do not need leaders like Nelson Mandela in every state, because you are not going to get them.

I served in in the middle of the 1960s and it was at the time when was poor and considered hopeless. But she was turning around, later to become, to every person’s amazement, then the eleventh largest economy in the world. I remember the economist in my mission saying, it did not bother him that the leading elite in the government of were taking 15 to 20 per cent off the top of every project, as long as every project was a good one.

That was the difference. The leadership at the time was determined to solve the fundamental economic issues of and turn her economy around. It has not happened in today. You don’t need saints. It needs leaders who say, “You know we could be becoming irrelevant, and we got to do something about it.”

Former U.S. Ambassador to and and former Assistant Secretary of State for International Organisation Affairs.

This article has been read 2,406 times
COMMENTS