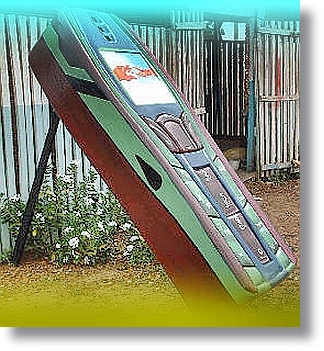 The attempts to disentangle certain erroneous cultural beliefs and practices from the realities of better living are getting warm by the day. Following the on-going campaigns to refine the inhibitions within the Ghanaian culture for progress, the Society of Private Medical and Dental Practitioners (SPMDP) of Ghana, according to the Ghana News Agency, has enjoined “Ghanaians to change their attitudes and contribute money to pay the hospital bills of their sick relatives just like they do when they die.”

What a weighty statement! Earlier on, a consultant from the government transportation agency had told a conference that vehicular accidents are not caused by the “devil” or “evil spirits” but by a broad range of reasons such as mechanical problems, human errors and poor roads among others.

How do we extricate death from life, culturally?

Ghanaian culture has made Ghanaians obsessed with death and funerals. Ghanaians are born into a culture where the dead are respected more than the living. Millions of dollars are spent on funerals. The funeral business is booming as Ghanaians compete to outdo each other in offering best funeral rites for their departed relatives. Money accorded to the dead could be harnessed for development so as to expand the life expectancy of Ghanaians, as the SPMDP argues.

One of my relatives in Kumasi, who is in the funeral business, has become fabulously rich.

“Business is good…Almost every weekend, there are huge funerals,” he says.

I know a coffin maker in Kumasi who prays earnestly for more people to die so that his business can grow. It sounds scary and inhuman but all these emanate from the Ghanaian culture. Certain aspects of the Ghanaian culture are death mongers. No doubt, a good chunk of Ghanaian traditional music is fixated on death.

Maybe, as a result of the immense money in the funeral business, people will very soon opt to throw their own funeral parties before they die, to enjoy the money instead of seeing it spent on other activities.In the new film Get Low, the veteran actor Robert Duvall, 79, plays a Tennessee loner who throws his funeral party whilst still alive. The film is based on a true story of a 1930 recluse in southern USA. How does it sound to the funeral-mad Ghanaians? Get Low will be a good proposition to retool these aspects of Ghanaians’ traditional cosmology. That means here-on-earth, the Ghanaian will enjoy life from his or her own funeral party before going to the hereafter.

For long, health professionals have stayed clear of serious cultural issues that impinge on their very domain for fear of being seen as looking down on the Ghanaian culture. However, they are waking up and taking on the aspects of the culture that troubles them, no matter the consequences. Now, with the development atmosphere opened by democratic tenets and the enlightenment campaigners across all aspects of the Ghanaian society, they are taking on the inhibiting cultural practices they deem counter-productive to Ghanaians’ health and a burden on the under-funded health-care system.

From health to soccer, from the drive to think rationally to evil spirits responsible for vehicular accidents, there are campaigns to refine the inhibitions within the culture for greater progress. Opinion leaders, the mass media, non-governmental organizations, religious organizations and government agencies are in the forefront of movements to enlighten Ghanaians on how certain parts of their culture unnecessarily inhibit progress.

The health professionals’ revelation of how certain parts of Ghanaian culture entrap their work is drawn from diverse aspects of the on-going enlightenment movement. The other day, one Ghana’s and Africa’s top soccer club, the Fabulous Asante Kotoko “banned” juju from its operations after 75 years of such practices. Over the past 75 years Kotoko (including its management, hardcore supporters and individual players) might have spent millions of dollars on juju in attempts to win games, but their situation on the ground have been lukewarm and at best appalling. Logically, this isn’t different from spending millions of dollars on the dead and funerals.

Nowhere is the ensnaring aspects of culture more prominent than in the health-care system, where cultural beliefs clash with scientific realities. Ghanaians are being urged to wash their hands thoroughly to prevent diseases instead of blaming their ailments on evil spirits. Eighty percent of diseases start from the hands, new researches reveal. The diseases aren’t caused by evil spirits. This may necessitate some small spending on soap and hand sanitizer instead of on the dead. No doubt, the president of SPMDP, Joseph Kwasi Hanson, has observed that “Ghanaians spend more money on unnecessary things, instead of spending on their health.”

Some of the millions of dollars spent on traditional funerals could be used by families to build decent toilets in their homes. A good number of houses in Accra have no toilets. The same applies to using a good part of the funeral money to help acquire technologies for the health-care system under the vital National Health Insurance Scheme.

As Ghanaian elites increasingly get involved in refining the inhibitions within their culture that have made life uncomfortable for most Ghanaians for centuries, the clash over life and death, more for cultural reasons than scientific, will be minimized. And Ghanaians would live a much freer life.

This article has been read 1,854 times
COMMENTS