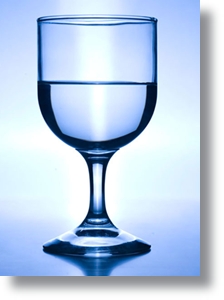 Development policy in Africa assumes that “less population equals more development.” This idea originated in the West and has been repeated many times by African leaders and media that everyone seems to accept it without questioning its viability.

Recently, the National Coordinating Agency for Population and Development (NCAPD) of Kenya warned that "Kenya’s population is expanding too fast, and may become unsustainable in the near future." This is a typical declaration and mindset of many, especially policymakers in the developing world and Africa.

The thinking behind this declaration is too simplistic to be valid: the fewer people a country has, the better the government can take care of those people. Human beings have been  reduced to what respective governments can manage or a ‘manageable’ population. In other words, people are seen in terms of problems and mouths to feed. They are not perceived as minds to think and innovate for a better future.

Where is the overpopulation? In Africa? In Kenya? Even if  Africa’s population increases five times what it currently is; countries in Western Europe like France, Germany or Switzerland will still be more “overpopulated” than African countries. Despite these figures, the myth continues to associate population size with development in Africa and other developing regions.

The same thing being preached to Africa was preached to Hong Kong in the 1950s when it was still poor. Predictions were made that the overcrowded Hong Kong without natural resources had a bleak future. One newspaper even proclaimed that the country was ‘dying.’ Its government lamented that ‘the problem of a rapidly increasing population lies at the core of problems facing the country.’

The apocalypse predicted never came to pass. Instead, Hong Kong witnessed an economic miracle and today, Hong Kong boasts a population of 7,026,400 people with 6,460 people per sq km (2009 estimate). In addition, according to the IMF 2009 estimates, it has a per capita income of US$42,748 (the 8th highest place in the world, if separated from mainland China). Still, its population has increased about six times the number it had in the 1950s, when it was said to have a population beyond its ‘carrying capacity.’

There is no relationship between population size and development. When people are educated and earn high income, authentic development occurs. However, today, illiterate people in villages across the developing world are being taught, through different government or donor funded programs, that birth control is the way to development.This is just placing emphasis where it shouldn’t be.

When people are provided with good education, security, healthcare services that reduce child mortality and opportunities to exercise their talents, they will make free choices, and as history has shown, they will responsibly determine the spacing of their children according to their needs, desires, hopes and dreams.

This mindset of “managing population” has shifted attention away from more pressing issues like education, healthcare services and transfer of technology that would boost economies in poor countries. This is easily done by associating population growth with every other problem from food shortages to environmental degradation. Though the world population has more than doubled since 1950, food supplies have more than tripled globally in the same period.

In developed countries, there were improvements in people’s lives through education and healthcare services, followed by a trend or preference to smaller families. In fact, economic boom requires a large labor force to take off. If current trends continue, Africa may end up with negative population growth. If this happens, Africa will have the dual problem of a depleted workforce and underdevelopment.

This article has been read 2,253 times
COMMENTS