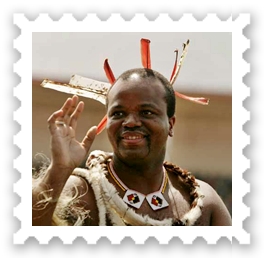 The rate at which Kenyans -and by extension- Africans are adopting Western styles is alarming. Practices like Halloween, which have  no benefit to the spiritual and moral fabric of our society are being celebrated like any merry holiday. In our urban centres, there is a big shift in the modes of dressing, communication and general attitude especially from young people. These negative social transformations have caught our society by storm. What I see in New York, Los Angeles or London is exactly what’s happening in the City of Nairobi.

I shudder at the thought of how our society will be in twenty years time, as the liberal lifestyle practiced in the West is penetrates into our society and erodes our heritage as well as moral values. It’s extremely frightening that  we are experiencing poor dressing habits, open profanity and vulgar language. In schools, many young Africans are struggling to look modern by imitating everything Western.

I fail to understand why we don't  maintain our societal norms and  accommodate only foreign habits that are beneficial to the African course. Our people need to be reminded that not everything foreign  is necessarily good or applicable in our society. Just because it’s working elsewhere, it doesn’t mean it’s suitable for us.

We are wrong to embrace Halloween which has its roots in the US and is celebrated every last day of October.The season is accompanied with obscene and shocking decorations. In homes- the house fronts and facades look like graveyards. Human skeletons dangle on doors while children and adults wear scary costumes.

It’s notable that many African communities used to offer animal sacrifices to appease the dead. The trend is however fading and giving way  to embracing Halloween; a Western practice that evokes images of death. Why should one buy a replica of a human skeleton and hang it on the door to evoke some dead spirits? This practice is worse than animal sacrifices that were rampant in the African society.

Asians, Europeans and Americans who reside in African countries such as Kenya have retained their identity and values. In fact, most well-to-do individuals or those on short assignments (especially diplomats) take their children to schools which offer their country’s education curriculum. Tourists who visit Kenya do not go back to their countries and start practicing Kenyan customs, for instance, wearing the popular Maasai shawls or singing the popular Isukuti folk songs.Wherever Westerners go, they carry their culture, education, religion, norms, and values.

When we allow ourselves to be a dumping ground for foreign values, we destroy our true identity.  Our musicians want to rap like Jay Z; our ladies want to sing like Janet Jackson and Madonna. Many want to dress like lady Gaga. The popular Benga Music  that spread up to Central Africa is fading and may never be heard again because it doesn’t sound American. Where shall be our identity for years to come?

We should not become copycats to foreign habits which are not only destroying our values but also ruining our families. Currently, many of our women have become less virtuous; men don’t care about nurturing lifelong relationships. Amongst our youth, profane epithets are on the rise. The type of music they play contains vulgar language with unprintable lyrics.

Indecent dressing code among the youth has completely eroded our social fibre. Young boys are braiding hair and sagging pants has become a norm. Girls are heading towards walking in their birthday suits. Recently, a close relative killed his entire family in the US. Looking deeper at the cause of the killing, one cannot rule off negative assimilation.

It’s sad indeed that when other races are comfortably protecting their societal norms, we are comfortably destroying our own and accommodating those which are not helpful to society.  World over, Latinos, Chinese, Jewish and even Indians are solidly bonded in their values but for Kenyans- it’s a reverse.

Many of us who speak fearlessly against negative western lifestyles end up  being labelled or accused of being anti-modernity, and traditionalist. It is time we kept the tenets that form the basis of our upbringing but only accommodate the foreign culture which is vital to our society.

This article has been read 2,091 times
COMMENTS