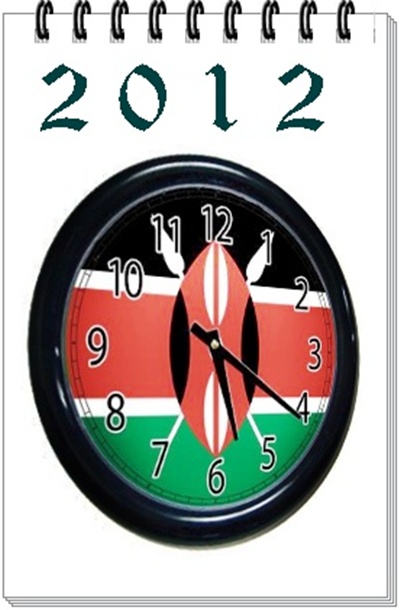 A recent opinion poll by Infotrack indicated that more than 63% of the seating Members of Parliament will not be re-elected – at least if elections were to be held today. This should not come as a surprise considering the prevailing tough economic conditions and out-of-touch kind of leadership among some elected officials. It is surprising that we have not heard protests by the same MPs against the pollster noting that just recently, some MPs were out to pass a law regulating opinion polling in Kenya. Could the MPs have come to the realization that some of them will just have to work a little harder to retain their seats?

The on-going debate on paying taxes has made things even worse for the MPs. There is evidence that despite the hefty salaries and allowances, some MPs are so indebted to the extent that they avoid visiting their respective constituencies. In politics, once an elected leader loses touch with those who voted him into office, it is the beginning of their downfall. In advanced democracies, those who spend their career in politics have cultivated some sense of loyalty among the voters; thus increasing the likelihood of their re-election at minimum costs. In Kenya, it appears most of our politicians have to learn how to build a long-term personal relationship with the voter to have a successful career in politics.

The implication of the new constitution on Kenya’s electoral politics cannot be underestimated.  Many seating MPs, especially the older generation, have portrayed themselves as deserving to run for governorship or senator positions in their respective counties. In career development, we will talk about promotion! Indeed, they have all the rights to do so. However, the risks of abandoning constituency seats for county seats are also very high. We anticipate tougher competition at the county level especially between traditional politicians and private sector professionals stepping into the political arena. Word is already going round that most voters want to see qualified professionals running for governor positions. If this assertion is true, those seeking ‘political promotion’ must design new campaign strategies if they have to survive. But on the other hand, the professionals trying politics must learn the game of elections – basically learn how elections are won.  Those from the private sector must distinguish politics in the boardroom where they may have the last word and politics at the grassroots where the voter must have her say!

Another challenge that politicians must come to terms with is the fact that election petitions are real. One may be elected today and lose out following an election petition by the opponent. While laying down strategies for winning elections, it is important for candidates to ensure that their respective campaigns meet the minimum legal threshold for them to be legitimately elected. We are likely to see more cases emanating from some ambivalent articles in the new constitution when it comes to elections. Previously, Kenyan politicians rarely consulted with lawyers but this should now be prerequisite for any SMART political campaign. For political parties, legal advice is not even negotiable especially if you consider the important role parties will play in ensuring the constitutional threshold for gender representation in the next parliament is met.

Is it possible that the mind-set of the Kenyan voter has changed after the 2007 post-election violence? No one really knows unless the behavior of the Kenyan voter is constantly studied. This requires periodic opinion surveys. Although opinion surveys sometimes say things that we do not like as politicians, they are important in gauging one’s electability before they even decide to run. Through polls, one will be able to tell what the voters perceive to be most important in terms of policies, voting preference, the message and also a candidate’s likability across different demographics (ethnicity, religion, race, age, gender and economic status) among others. This kind of research will help candidates not to assume that the pre-2007 voter is the same as post -2008 voter and vice- versa.  It will help candidates to employ more targeted messages to key constituencies as well as  the best campaign strategies that maximize benefits and minimize costs. Also through opposition research, a candidate can identify the strengths and weaknesses of the opponent.

In a nutshell, 2012 elections are in themselves a game-changer. They call for a change in campaign strategies for those who want to retain their current seats or run for higher offices. They present a chance for new political entrants to wrestle with political heavy-weights and possibly wound them politically or just teach them a new lesson in politics. But the new entrants must learn how elections are fought and won.

The elections present an opportunity for old ideas of running campaigns to give way to new ideas. We expect to see SMART candidates not relying on their own wisdom or fortune tellers of Loliondo but inviting experts in political campaigns to provide sound advice on how to win (and sometimes lose) elections. Professional campaign management is what makes political candidates in other democracies succeed in cut-throat campaigning without cutting each other’s throat!  That is the essence of political campaign seminars organized by institutions such as Policy House, National Democratic Institute (NDI), International Republican Institute (IRI) and others. Those who do not learn now will wake up in the morning after the election and eternally curse the day they joined politics but SMART politicians will survive.

The author is a governance specialist focusing on electoral processes and political management. He is a former associate at Policy House, a public policy and strategy group. Email: chiloba@gmail.com

This article has been read 2,263 times
COMMENTS