Financial Crisis: Can Africa Save the World? 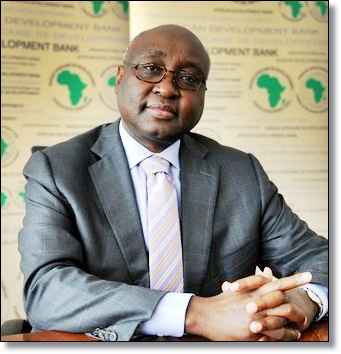 Many African leaders, myself included, have had to field questions as to the likely impact of the current global economic situation on low-income countries of Africa. In other words: what does this lethal combination of anaemic growth, struggling banks, austerity policies, weakened state finance imply for Africa?

This is an issue that many analysts have expounded upon, and I shall spare you the pain of adding my own analysis. The Economist,  in their Leader section, spelt out what they called a plan to save the Euro. Quoting UBS analysts, this is what the piece says: "Euro break up could cost periphery countries 40 to 50 percent of GDP in year one, and core countries 20 to 25 percent of GDP.”

The article goes on to say "the immediate bill for a break-up of the single currency would surely be in trillions." Compared to that, they point out that a successful resolution would seem to be a bargain.

And for the countries that must undergo structural adjustment, there is no alternative. They will have to endure the pain. We in Africa know something about this, having had to go through similar fiscal and structural adjustments for almost two decades. There will be pain all around and then everyone will pick up the pieces and move on.

You may say this is a cynical view. But that is the nature of the beast. I’d like to cite an anecdote from a highly readable book by Jonathan Powell, Tony Blair’s former advisor. The book is entitled: The new Machiavelli: how to wield power in the modern world.

Powell writes that a Home Office team came to make a power point presentation to the prime minister in the cabinet room on crime, complete with multi-coloured graphs showing that crime would rise inexorably. When the PM (Blair) asked why crime would rise, the officials responded that it was because the economy was growing and that put more temptations in the way of criminals. Believe it or not, when the team was asked what would happen if the economy were to go into recession, the officials replied that crime would also rise because people would be suffering deprivations and therefore tempted to resort to robbery.

The book does not tell us what Tony Blair did after this very "illuminating" piece of advice from Her Majesty’s Home Office.

The debate rages between those who think austerity programmes are worsening the already bad situation; that stimulus policies have not proven their worth and there are those who are calling for governments to undertake vigorous pro-growth policies. At the end of the day, decisive actions must be taken and taken quickly.

We all need that type of political decisive leadership. It is what the world needs now. I need not emphasise how important this is for all of us, rich and poor alike. As the Italian finance minister put it: “On the Titanic it did not matter whether you were in first or economy class.”

Remember, in spite of our growing links with the emerging partners, the OECD area still makes up 60 present of our markets, with some of our countries in the CFA franc zone directly linked to the Euro. Can the momentum that Africa has created since the turn of the decade be sustained under the current global circumstances? In all probability it is too
early to say.

I read a report quoting Rio Tinto, who pointed out what they saw as signs of slowing demand for commodities. Many countries in Africa have less fiscal room today than they had in 2008, and inflation has been raising its ugly head.

While attempting to avoid simplistic extrapolation, I remain convinced that the fundamentals now in place will continue to help the continent in weathering the storms. We have a long way to go in anchoring policies and institutions that bring about productivity, which in turn leads to enduring wealth creation and prosperity.

Infrastructure has been a particular challenge. We need to continue upgrading our institutions of higher learning. But innovative things are happening. I read a recent article describing Kenya as a potential Savannah Silicon Valley. We need to upgrade our education systems. Carnegie Mellon University is opening up a campus in Rwanda with the support of the African Development Bank.

The debate continues to rage between the advocates of another robust stimulus. Austerity everywhere will send the economy into gear.There are those who feel Keynesian expansionary policies have never worked, have been counter-productive, and only managed to increase the indebtedness of countries, raising the famous “stagflation.” We now have less room and far too much debt.

And then there are those who feel that a combination of austerity and policy indecision is hurting growth at a time when the only viable instrument in our arsenal is needed fiscal expansion, given that monetary policy is stuck. So what can fiscal policy do? Go beyond narrow parochial debate.

But there is an opportunity for the World to get it right. Just imagine if the BRICS were not there to be the shock absorbers. Could we have avoided a major depression? Maybe not. Now imagine that Africa, collectively, was part of the BRICS or on the way to becoming one. I know of no one who does not agree that this is the way to go.

My hope is that in the coming months and years, we all work towards this outcome where Africa can become part of the global solution to the economic challenges that the world faces today. I know that on this, I am preaching to the choir in an open church.

By Donald Kaberuka,
President of the African Development Bank.

This article has been read 2,444 times
COMMENTS