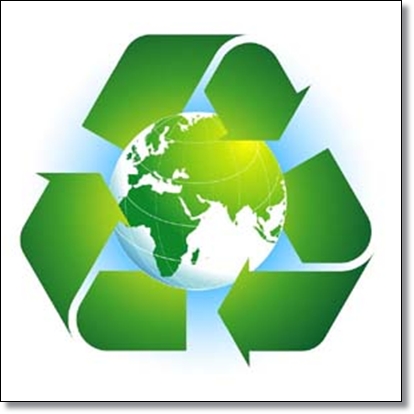 In a recent IHT article, Thomas Friedman made an interesting comparison between “the fiscal cliff” controversy and the “climate cliff” so to speak. Humanity – at least the wealthier part of it – is not only accumulating unsustainable finances, but also unsustainable “carbon debt,” he said. He asks the pertinent question- what would it take for us to price scarce resources to reflect their scarcity, in this case through an appropriate carbon tax?

In 1992, the Rio Summit drew the attention to the three point agenda: climate change; biodiversity; and drought and desertification. Action to defend the “global commons,” 2 years after Rio remains underwhelming. Our natural resources are now under more pressure than ever. Nowhere is this more acute than in Africa as a result of population growth and sustained economic growth and urbanization over the past 10 years.

A study conducted by the World Wildlife Foundation and the African Development Bank shows dramatic growth in Africa’s ecological footprint by 240% over the past 50 years. This has led to rapid degradation of the ecosystems which underpin and sustain livelihood and hence deepening poverty.

The crisis in the Horn of Africa and the rest of the Sahel from the Indian to the Atlantic Ocean shows in part the broader ramifications on water resources, agriculture and food security and even on human security. No one can seriously suggest that Africans on aggregate are overexploiting the natural capital or using more resources than the land on which they live can provide. Yet it is also a fact that this is the continent suffering the most severe effects from the degradation of natural capital. In addition, this is the continent with the lowest carbon emissions in absolute and per capita terms and with the most limited adaptive capacity.

It is now clear that the political will and compromise needed to reach an international deal on climate change, on climate finance, remains limited. So unfortunately is action on the two other elements of Rio, biodiversity and desertification. And in the intervening period vulnerability of Africa’s agriculture livestock, fisheries, transport and health increase every day.

So what are the choices? The answer must be a straightforward one and is reflected in our discussion. That is, how best to avoid locking African countries into a pathway that is poverty deepening, unsustainable, costly and difficult to reverse in an increasingly fragile ecosystem?

Since the turn of the millennium, the growth pulses in Africa have dramatically picked up. Despite the rapid depletion of its natural capital, much of Africa still has sizable levels of natural resources in land, water, forests, fisheries, hydropower sources and other renewables. However, at current trends, they will deplete rapidly. The question therefore is one of making the smart choices for sustainability: providing a policy environment to that end while combining public and private sector innovation requirements.

After decades of stagnation in per capita incomes, Africa has demonstrated a new dynamism. The global economic crisis and the recession have had an impact, but a brief one. I expect two-thirds of Africa’s economies south of the Sahara to grow at around 6.2% in 2013. This is still below the 7% needed to begin making a strong, rapid dent on poverty. But it is a remarkable performance nonetheless.

It is a strong performance driven by good policies, demographic dynamics, robust public and private sector demand, investment flows and, of course, commodity demand from the emerging markets. While the risks of reversals always lurk around the corner, I am persuaded that robust systems are now in place to mitigate major policy reversals. The overarching risk, however, remains that of sustainability. This takes several forms, the most important of which revolve around inclusiveness, inequalities and jobs, as well as natural capital depletion That is why the African Development Bank’s new long term strategy focuses on the two issues of inclusion and building resilience.

That means adapting to climate change, preserving Africa’s bountiful natural resources and using them in an efficient way to tackle poverty. The strategy seeks to ensure broad based growth and job creation. We seek to take maximum advantage of opportunities offered through low-carbon-intensive growth paths to build resilience in the livelihoods of poor people, providing for sustainable infrastructure, energy for al and addressing urbanization issues.

I would like to return to the urgent issue of addressing Africa’s power crisis and access to energy for all. For a continent where per capita availability of energy is less than 300 kilowatt hours per person per year, it is obvious that all available sources have to be tapped. While several regions of Africa are not as well endowed, significant renewable large parts of the continent have plenty of hydro power potential, of which less than 10% is so far developed.

But there remain millions of citizens who have no access to grid energy or any energy at whatsoever. That is why I strongly welcome the UN Secretary General Ban Ki Moon’s initiative on Energy for All. It is a noble and feasible goal.

Sustainability implies that no part of humanity should be condemned to darkness or lack of clean water in this the 21st century. It is a matter of morality, of ethics and good economics.

This article has been read 8,908 times
COMMENTS