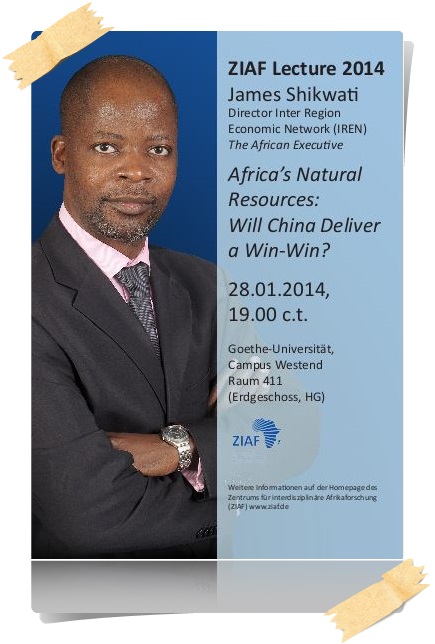 Sub Saharan African countries are among the World’s most resource rich and yet they are a long way to attaining high levels of economic productivity and political stability. Countries in this region grapple with challenges of state formation, poverty amidst great concentration of natural resources and the quest for positive participation in the global arena. Will China increased involvement in the region transform Sub Saharan Africa for the better?

European colonial interests amalgamated an estimated 10,000 African ethnic nations to modern day 53 nation states. Chinese interests as captured in its flagship platform, Forum on China – Africa Cooperation (FOCAC) are likely to catalyze African integration to a single market entity as demonstrated by their focus on transnational infrastructure projects and construction of the African Union headquarters in Addis Ababa, Ethiopia. China – Africa relations are largely driven by Chinese interests in natural resources and long term geostrategic interests. Africa has not demonstrated sound strategy to ride on Chinese interests to improve her standing in the global arena. The poverty of strategy on the African side raise serious questions on whether natural resources and entry of China can deliver a resounding win for African people.

This article has been read 2,383 times
COMMENTS