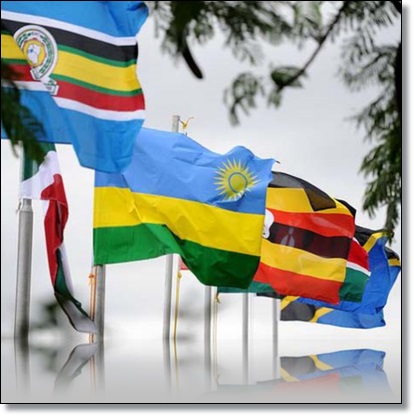 The East African Community is undergoing many changes and working at implementing resolutions related to such areas as the monetary union, infrastructural upgrading and attracting new members such as the Republic of South Sudan. However, looking at the slow pace of the changes, it is obvious that members seem not to be serious about the whole exercise.

Many east "Africans" are ready for a full-fledged union – not the current political hanky- panky  where every member country  is scheming  to secure  and protect its interests, whether short or long term, overt or covert.  For instance, when Tanzanians were asked what they’d like about the union, they said categorically that they’d like a slow-but-sure union in which their interests are assured and protected.
When it comes to “safeguarding” interests, the concept of equality, union and sometimes fairness vanishes. For instance, Tanzanians want their country to be recognized as a big brother simply because Tanzania has much to offer in terms of resources and land compared to others.

By fronting their individual interests, EAC members prove that they’d like to use each other instead of working together for a common goal. This can’t work.  Sticking on their interests encourages division among the people based on who’s what and what size. And this is logical. Who wants to lose to another? This is why Tanzania has always been seen as an obstacle to the union.

I am a staunch advocate for a single unitary entity and demolished borders. I’d like to see the current presidents hit the road to give room for one president of a united East Africa. Without unifying the region to the tune of what it was at the time prior to 1884, all we are trying to do is like feeding a black hole. Why is it difficult to think as one nation instead of thinking like colonial-sired small states we currently have and cling unto? Aren’t we serving our colonial masters’ agenda of weakening us through division?

Why can’t we see the perceived insecurity amongst member states from this division - fear that helps arms-producing countries which are mostly the same that colonized us to sell even more arms to us so that we either butcher one another or waste a lot of time and money on feeding our pseudo fears?  If Africa were a single country, the money that’s been spent on arms and wars since independence would boost its economy a great deal more. How many armies does Africa have currently? How much money do African countries spend on arms for fear of their neighbouring Africans?

Our leaders are encouraging us to think like Tanzanians, Ugandans or Kenyans so that they can keep their presidency while we actually lose a lot. They are acting like colonial masters by using our borders to maintain their presidency. The two conflicting forces that play out in the East Africa Community are the people who want to unite and the rulers who don’t. Ironically, whenever we talk about union, we trust the same guys who go there to make sure that their power is not touched.

It is time we told our rulers that we’re tired of their manipulation. It is time we removed the borders and the presidency. The precious time and resources for our people should not be wasted. Let everybody operate under the Great Overall Autonomous Territory (GOAT). The time to demolish Berlin-sired States in Africa is now.

This article has been read 1,704 times
COMMENTS