The Global Context of Human Trafficking 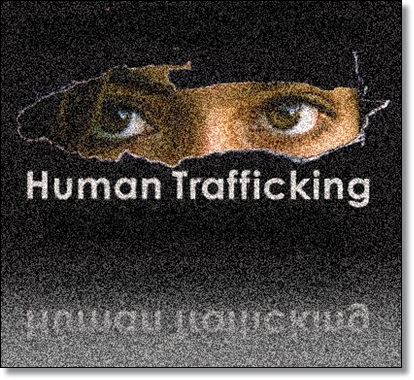 After being asked to provide an outlook on the global context of human trafficking, I decided to do so through the eyes of Chikelu. Chikelu, which means ‘created by God’ is the fictional name we gave to one of the children rescued during the latest INTERPOL- coordinated operation against forced child labour in Africa.

I made a precise choice not to open my remarks with any estimates or statistics.  The reason is very simple. INTERPOL is the world’s largest police organization, bringing together law enforcement operating in 190 member countries. Our mandate is to support each of them and their law enforcement officers seven days a week, 24 hours a day, in their daily duties against international crime. Therefore yes, we deal with global criminal phenomena spanning from one continent to another, irrespective of flags or boundaries. Trafficking in human beings is among them. And yes, there are estimates out there on how big the problem is – or rather, how big we think it might be.

Indeed, it is in our nature to try to address what seems like an insurmountable challenge by drawing its boundaries and then measuring it. But if you ask any police officer about what struck him or her when dealing with human trafficking in the field, they will never answer with a number. I can assure you, it will be with a name; a face; or a voice - crying for help. Because no matter how many victims are out there - they’ll always be too many.  In fact, one is too many.  Chikelu alone - is too many.

The real global context of modern slavery is made of individual, unique lives. Each of them stolen and sold as commodity, on the global market. Each of them scarred forever individually, just like our society is collectively.

Today,  we  can  rely  on  the  consensus  that  slavery  cannot  be  compatible  with  humanity. Sovereign nations are willing to be bound by this principle. The UN Convention  against Transnational  Organized  Crime  Protocol  to  Prevent,  Suppress  and  Punish  Trafficking  in Persons has been in force over the past 11 years, and now counts close to 120 signatories. International solidarity is rising in support of those countries more exposed to this threat. Yet  to  this  day,  despite  the  might  of  the  international  community,  slavery  is  ever  present among us - only less visible.

How is this possible? The  short  answer  is  that  human  trafficking  is such great  business, able  to  achieve  a  global revenue  stream  roughly  equal  to  the  annual  GDP  of a  country  like Jordan. One that has become so well-organized, that it can involve up to 10 different kinds of specialists, ranging from investors and recruiters, to enforcers and launderers.

And  a  business  so  global,  that victims  rescued  in  a  single  operation  in  Latin  America  can come from as far as China or South Korea. International human flows were born with history itself.  But today, their  speed  and  volume  are  simply  unprecedented,  and  represent  a  new era of security challenges.

If  I  may  borrow the  words  of  His  Holiness Pope  Francis  I  and of Blessed Giovanni  Battista Scalabrini, the ‘merchants of human flesh’ can rely on soaring demand for their product, and an  ever  ending  supply  of  their  main  raw  material.  Modern day slavery feeds on misery, to produce even more misery: a perfect, global circle.

With 1.2 billion individuals living in extreme poverty, and a global crisis able to hit hard even the  most skilled,  the  merchants  will  always  be  able  to find  the  next  man,  woman  or  child desperately looking for a better life, somewhere in the world.

Once that  life is stolen, they’ll transport  it  to  its  final  market,  hiding it  within  an ocean of more  than  200  million  migrants and  in  a  world  that  will  see five million  people  crossing borders every day by 2030. And should their victims realize what is happening, the risk of getting caught will always be low for traffickers. Their victims will likely be too afraid to escape or to cry for help.  Why? Because they may believe they will be arrested if they contact police; or because they have  a  debt growing  by  the  minute with  their  captors,  to  be  paid  with  coerced  work; because  they  are  isolated  in  a  foreign  land  by  language  or  culture;  or  simply  because  they see their own life as a fair price to pay, to spare violence to their loved ones back home.

No doubt, we are facing a big, complex, self-sustaining criminal machine. A machine which must be stopped. Yet before we even ask ourselves “What should our strategy be?’ We need to ask other, even more important questions: “Where do we want to implement our strategy? Who do we want to rescue and help?”

We all know the answer: our strategy must work across all borders, languages, cultures and religious beliefs. The illegal traffickers do not care about these differences. Actually, they thrive on them, as they have been doing since time immemorial.

That global message is: there is no such thing as an unstoppable machine. Even the most powerful of them will grind to a halt, the moment a few grains of sand enter its most delicate wheels. That grain of sand can take many forms. They come from the domains where the work of law enforcement and of spiritual leaders can complement each other, in their respective mandates.

First, prevention: we need to stop the flow of victims even before it reaches the merchants. That is why, when a young Colombian woman is feared to have fallen victim to traffickers, INTERPOL will spare no efforts to locate her in less than 18 hours with the help of police from Colombia, the United States, the United Arab Emirates and South Africa. Prevention also means raising awareness – a field where INTERPOL will be soon taking a major step forward. That is why in a few weeks, INTERPOL’s Turn Back Crime global awareness campaign will be launched across social media worldwide, with one key goal:  to educate society about how organized crime strikes, and how everyone can play a role in making the world safer. Deception is a key component in the human trafficking cycle. Knowledge is the way to turn potential prey into our first line of defense against trafficking that often leads to slavery.

A second domain is that of care for victims. It is a fact that the challenge of modern slavery lies in the identification of, and the interaction with, trafficking victims. That is precisely why INTERPOL has designed its anti-trafficking police capacity building efforts around them. In each exploited migrant we see a grave threat to human dignity. Our priority is that every new law enforcement officer trained by our experts will be able, once back in the field, to effectively identify, approach and interact with a human trafficking victim. Failing to do so, will mean the merchants will have won.

Thirdly, I see a role for law enforcement in re-integration. Closure is the first step towards a new life after the chains of slavery have been broken.  But closure demands that abusers face justice.  Victims must see that society won’t accept or act indifferently in the face of slavery. Closure can come from a human trafficker wanted by the Netherlands, stopped thanks to a search  in  INTERPOL databases, before  crossing  yet  another  border  with  an  entire family of migrants in the Caribbean. Or the leader of an international organ trafficking ring spanning across  Latin  America,  Africa  and  Europe,  identified  and  arrested  upon  landing  at  Fiumicino airport via the exchange of police information.

Finally, I endorse the need to build and expand networks across law enforcement and civil society. A network’s power rises exponentially with each of its new members. INTERPOL’s birth and growth to this day are a living testament to this. Spiritual guidance and policing have different roles, but often walk the same streets and face the same criminal challenges. We should talk more to each other. We should learn more from each other. There are lives at peril out there, demanding us to do so.

We are allies in a global fight for human life and dignity. No matter the differences in our mandates, our nationalities, or religion.  It is a difficult struggle. A never-ending struggle.  Yet it is a struggle in which INTERPOL is committed to remain engaged.  Case by case. Life by life. Grain by grain.  There is one element uniting us all. The fact that acting together, we are really ambassadors of hope.

These may seem individual actions in a world dominated by powerful forces acting against us. But in reality, the moment a single life is touched, we will know that the global context of modern slavery has been changed forever. Because a thousand more will be inspired into action by hope. And each of those actions will send a powerful message to the world. That  there  is  no  grey  area,  but  only  humane and  inhumane.  That the traffickers of human flesh will eventually face justice, no matter where they operate.  That we do not see those who are living in chains just as numbers, but as the next lives to be freed. And most importantly, that we will never stop, until we see the world as our hearts want to see it one day. A more humane world.  A safer world.  A world without slavery.

This article has been read 1,657 times
COMMENTS