Africa and Australia: Partnership and Opportunities 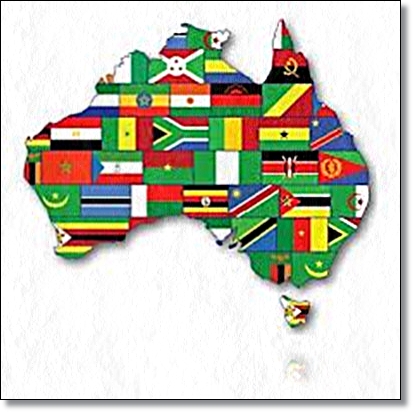 between our regions. Student mobility and joint research between global institutions will build lasting and mutually beneficial people-to-people links.The Australian Government is committed to strengthening international education and training partnerships between Australia and Africa.

Australia has a growing African-born population, with more than 300 000 people from all corners of the African continent living here as valued members of our community. So many of these people have brought their skills with them and now make a significant contribution to Australia’s economy and society.

In academia, advances are being made, through collaborative research and professional organisations of academics, such as the African Studies Association of Australasia and the Pacific. In Australia, experts are also working on issues of joint importance, such as economic growth and development and improving women’s and migrant health.

Building on these efforts, I believe there are more opportunities for further engagement between Australia and Africa in international education and training.We would be foolish to forget that this is a very important time for Africa. The continent now hosts six of the world’s 10 fastest growing economies.

Australia and Africa share thriving mining and mineral resources sectors as well as large agricultural, energy and transport industries. Australian trade and investment in Africa has increased significantly over the past decade. Trade between Africa and Australia doubled from 2009 to 2012 to more than $10 billion.

Primarily, our trade and investment with Africa has been in the mining and resources sector. However, increased confidence in the African region is attracting more and more foreign investment in telecommunications, infrastructure and business.

Increasing our trade with African countries in agriculture, energy, services, education and training, and transport stands to benefit both our economies. The substantial economic developments and favourable growth conditions in many African countries, as well as our ability to collaborate across the resources sector, provides the opportunity for Australia and Africa to build closer ties.

A result of economic growth is the boom in Africa’s middle class. Coupled with the continent’s relatively young population, there is additional demand for education services, at home and abroad.

The International College of Economics and Finance Monitor, which reports on the global international education industry, reported that Morocco is currently one of the largest source countries for outbound student mobility from Africa. In 2013, around 9 000 African students undertook study in Australia. We hope that these students make up the next generation of African leaders and innovators and we value the contribution they make to our institutions and our community.

In recent times, we have seen modest growth in student numbers from Nigeria, Kenya, Ghana and Uganda. Most students are undertaking studies in management and commerce, IT, engineering, health and cultural studies. Most vocational education enrolments are in management and commerce. Australian higher education institutions are also expanding their offerings in Africa, including the Monash University’s joint venture in South Africa.

By working in partnership with Australian business and associations like the Africa Australia Association, Australian education and training providers are capable of providing more opportunities to students coming from Africa to study here. For Australia, international students create lasting people-to-people connections, as those students return home and share their experience of studying in Australia.

Education and training institutions should continue to strengthen their African alumni networks, as these networks play an important part in future cooperation between countries.

The Prime Minister, the Hon Tony Abbott, has made clear his commitment to increasing opportunities for Australian students to have an international experience as part of their study. To support this, the Australian Government offers a range of mobility programmes for Australian higher education and vocational education students to study offshore. I am pleased to say a number of these programmes have recently been expanded to Africa. Destination countries for these programmes in 2015 include South Africa, Tunisia, Kenya, Zambia and Zimbabwe.

To give some examples: James Cook University and the University of Newcastle are each hosting two South African students to study in Australia and then sending two Australian students to study in South Africa. Charles Sturt University is sending up to ten of their students to undertake short-term study in South Africa or Zimbabwe in the field of agricultural and wine science. These are just two examples of the growing number of mobility projects, which are building future leaders, increasing cross-cultural and professional understanding, and expanding people-to people links.

Historically, the focus of our joint research efforts has been on agriculture, farming and food security, but increasingly researchers are looking at aquaculture, mining and resources. There are also opportunities emerging for business, transport, communications and manufacturing.

Examples of Australia-Africa research partnerships, supported by the Australian Government, include: Shared learning at the Australian Centre for Agricultural Research; The CSIRO has been involved in agricultural and aquaculture research projects with a focus on research activities that support African development; and since 2010, there have been 57 Australian Research Council projects that involved joint research between Australia and South Africa.

The Australian Government is continuing to work to support and develop Australian international education. We have streamlined visa processing for students and we have introduced post-study work visas, which are providing an opportunity for international students to develop the work skills they need to compete in the global employment market. The Government is also in the process of reviewing Australia’s Education Services for Overseas Students legislation – the legislation which protects the interests of students coming to Australia on student visas. We have released a discussion paper on Reforms to the ESOS framework, to ensure ESOS is contemporary and that it meets the needs and expectations of institutions and students.

The Government will shortly release a draft National Strategy for International Education for consultation with the Australian international education community. This strategy will build on Australia’s reputation for excellence and innovation, strengthen and diversify our international partnerships, and ensure we continue to deliver a positive, rewarding and high-quality experience to students from across the world, including Africa.

To help drive the strategy and provide the coordination necessary for effective national action, Education Minister Christopher Pyne will convene two roundtables on international education each year. The roundtables will include representatives from the international education community, including IEAA, Universities Australia and other peak bodies, business leaders, community leaders and, of course, governments.

In addition to these direct actions to support Australian international education, the Government has announced higher education reforms that will ensure Australia’s education system keeps up with growing international competition. The Government wants our institutions to be the best they can be. Ultimately, it wants students to achieve their full potential.

These reforms will adance Australia’s higher education system, giving it the potential to be the best in the world. The reforms will also safeguard Australia’s strong, competitive research system and the Government will invest $11 billion over the next four years in research in Australian universities.

The Government is confident these reforms will generate further international interest in Australian higher education institutions. They will help us attract the best and brightest students from across the world and raise the standards of Australian university education even higher.

The Australian Government is committed to strengthening ties between Australia and the many diverse nations of Africa, particularly in international education and training.

By Senator the Hon Scott Ryan
Parliamentary Secretary to the Minister for Education, Australia.

This article has been read 2,223 times
COMMENTS