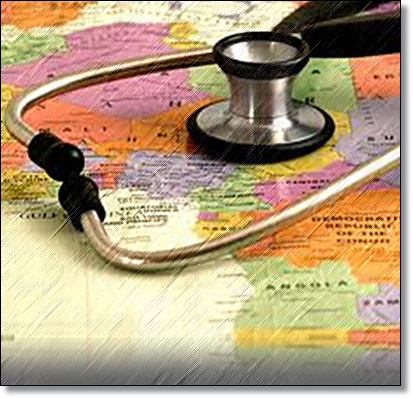 The World Health Organization (WHO) on 17th and 20th of October 2014 declared Senegal and Nigeria, Ebola free, respectively. Nigeria and Senegal are now Ebola free, according to the WHO, since after a period of 42 days, twice the maximum medically known incubation period, neither country recorded a new infection.  An Ebola-free Nigeria and Senegal at this time is a remarkable achievement for an infection that is rapidly achieving significant global implications. United States and Europe are on maximum alert due to few reported cases and nearly one hundred individuals under various stages of close monitoring for any sign of infection.  Other regions around the world are scrambling to remain Ebola free.

How did Nigeria and Senegal become Ebola-free? What are important global lessons learned in concerted effort to contain the Ebola outbreak?

The robust Ebola response in Nigeria and Senegal is significant since both countries are close to current epicenter of the 2014 West Africa outbreak: Guinea, Liberia and Sierra Leone. Citizens of Senegal moved relatively freely between the three most impacted countries, until recently. Nigeria is Africa’s foremost economic powerhouse and the key economic/political hub of West Africa, with huge population densities, including more than 21 million residents of Lagos, its former capital. Senegal successfully fought off the imported case of Ebola from Guinea to Dakar, its capita. Nigeria also successfully ended the spread of Ebola imported by a Liberian national into Lagos.

According to the WHO, the US Centers for Disease Control (CDC), relevant health authorities in Nigeria and Senegal, the response to the imported case of Ebola in both countries was not only swift but also comprehensive in accordance with international public health standards. Both countries, upon becoming aware of the index case, immediately activated already existing national disease surveillance, detection and control systems. Every contact of the index case and contacts of contacts with suspected clinical symptoms were not only traced but also monitored closely for 21 days.

Nigeria health officials in Lagos and the oil city, Port Harcourt, vigorously monitored and followed up with each reported or suspected contact. Nigeria health officials reportedly made more than 18,000 face-to-face visits to check upon nearly 900 contacts during the period of the outbreak. Senegal also followed and monitored more than 70 contacts until the end of the 21-day observation period.

Within days of reported outbreak, Nigeria and Senegal implemented a strict seaports and airport health screening protocol for all individuals coming into and exiting the country. Each port of entry began monitoring the temperature of passengers and for individuals with high recordings, not only were disallowed from immediate travel but also referred to immediate clinical follow up.

The two countries worked closely with the WHO and the CDC regarding technical issues, data updates and epidemiological monitoring. They also welcomed assistance from other countries, global philanthropies, other multilateral institutions and the organized private sector.  Nigeria and Senegal also utilized past experiences with disease outbreaks to manage logistics and day-to-day decision making regarding deployment of scarce resources. In addition, federal and local authorizes worked very closely in both countries to ensure adequate clinical support care, contact tracing, isolation and monitoring.

Perhaps, one of the most important hallmark of the Ebola response in Nigeria and Senegal was the implementation of nationwide continuous, comprehensive information, education and communication (IEC) campaign to alert citizens on the outbreak, methods of spread and high risk behaviors. Print and electronic media joined various levels of government in both countries to conduct IEC campaigns. Both governments also mobilized professional organizations, local opinion leaders, community organizations and religious institutions to further spread the IEC campaign against Ebola in remote parts of the country.

1.Leadership is crucial. The governments of Nigeria and Senegal deserve ongoing global commendation for a resolute stand against Ebola. In particular, the close working relationship between Federal and local authorities in both countries are commendable. In addition, sure-footed technical leadership made a difference. My old friend, Dr. Awa Coll-Seck, the Minister of Health, Senegal is one of the most experienced public health professionals in the world. In Nigeria, in addition to the Health Minister who adjudged himself creditably, another old friend, Professor Abdul Nasidi, the head of Nigeria’s CDC, has more than three decades high-level experience managing disease outbreaks.

2.Collaboration is indispensable. Nigeria and Senegal represent a model of domestic and international collaboration to contain a disease outbreak. By leveraging domestic resources and international assistance, both countries mounted a world class, rapid response strategy against Ebola. In addition, both countries has a central, coordinating command-and-control center to direct nationwide response activities and to manage technical relationship with external partners.

3.Transparency and Accountability is key. Both countries mounted a remarkable open, transparent and accountable response to the imported Ebola outbreak, Everyday, the government released status updates and responded to emerging circumstances, and sometimes, false alarms.

4.Mobilizing the Public is critical. Nigeria and Senegal implemented a near-perfect information, education and communication campaign against Ebola. Other countries can learn from the effective public/private/professional/civil society collaborative effort that sensitized citizens of both countries in the fight against Ebola.

5.Functional Health Systems remain the backbone of robust response to disease outbreaks. Nigeria and Senegal have some of the modestly better health systems in West Africa. Both countries took advantage of existing health systems to anchor an effective response against Ebola. Guinea, Liberia and Sierra Leone do not have such advantage, with markedly different experiences and outcomes.

In concluding, Nigeria and Senegal deserve our unreserved commendation for waging a successful fight against imported cases of Ebola. However, as noted by the WHO in declaring both countries Ebola free, a state of heightened vigilance and risk mitigation must be maintained until the end of the 2014 outbreak. Both countries were fortunate to have a speedily identified and contained Ebola index case.

Nigeria also had the good fortune that Lagos state and Rivers State, two affected states are not only among the richest in the country but also among the better governed.  If the infection continues in the three deeply impacted countries and thousands of new infections emerge every week as predicted by the WHO and CDC, Nigeria and Senegal will likely have multiple, simultaneous index cases that will severely task national and local health systems.

I am not aware of any country in Africa that can mount a long, sustained, credible fight against Ebola or any other infectious disease without overdue revamping of aging and less-than effective health systems in the continent.  We should celebrate Nigeria and Senegal success in the fight against Ebola by taking decisive steps to strengthen health systems in Africa. I renew my call for an international public/private partnership to revamp health systems in Africa to not only prepare the continent for inevitable future outbreaks but also as part of a mutually beneficial global health architecture for addressing future, emerging global disease outbreaks and threats.

The author cakukwe@att.net  is an Academy Fellow and the Chair, Africa Working Group, the US Congress chartered National Academy of Public Administration, Washington, DC. He is a former Chair, Technical Advisory Board, Africa Center for Health and Human Security, George Washington University, Washington, DC.

This article has been read 4,465 times
COMMENTS