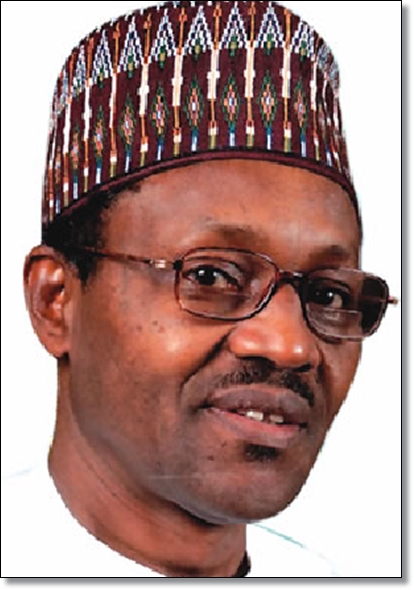 I feel truly honoured and humbled that the Nigerian people have so clearly chosen me to lead them. The official announcement from INEC was the moment the vast majority of Nigerians had hoped and been waiting for. Today, history has been made, and change has finally come. Your votes have changed our national destiny for the good of all Nigerians.

Our long night has passed and the daylight of new democratic governance has broken across the land. This therefore is not a victory for one man or even one party. It is a victory for Nigeria and for all Nigerians. Millions of you have worked for this day. So many have risked life and livelihood; and others have died that we may witness this moment.

It is with a very heavy heart that I report many deaths and injuries amidst the jubilations yesterday. We send our sincere condolences to the families and friends of those who lost their lives; and wish speedy recovery to those who suffered injuries. I appeal to all our supporters to celebrate this victory with prayers and reflection instead of wild jubilation.

May the souls of those who died rest in peace. Let us take a moment of silence to honour all of those whose sacrifices have brought us to this fine and historic hour. As the results of the election have shown, their labour has not been and will never be in vain. Democracy and the rule of law will be re-established in the land.

Let us put the past, especially the recent past, behind us. We must forget our old battles and past grievances—and learn to forge ahead. I assure you that our government is one that will listen to and embrace all.

I pledge myself and our in-coming administration to just and principled governance. There shall be no bias against or favouritism for any Nigerian based on ethnicity, religion, region, gender or social status. I pledge myself and the government to the rule of law, in which none shall be so above the law that they are not subject to its dictates, and none shall be so below it that they are not availed of its protection.

You shall be able to go to bed knowing that you are safe and that your constitutional rights remain in safe hands. You shall be able to voice your opinion without fear of reprisal or victimization. My love and concern for this nation and what I desire for it extends to all, even to those who do not like us or our politics. You are all my people and I shall treat everyone of you as my own. I shall work for those who voted for me as well as those who voted against me and even for those who did not vote at all. We all live under one name as one nation: we are all Nigerians.

Some unfortunate issues about my eligibility have been raised during the campaign. I wish to state that through devotion to this nation, everything I have learned and done has been to enable me to make the best possible contribution to public life. If I had judged myself incapable of governing I would never have sought to impose myself on it. I have served in various capacities and have always put in my best.

But despite the rancour of the elections, I extend a hand of friendship and conciliation to President Jonathan and his team. I hereby wish to state that I harbour no ill will against anyone. Let me state clearly that President Jonathan has nothing to fear from me. Although we may not agree on the methods of governing the nation, he is a great Nigerian and still our president. He deserves our support and permanent respect by virtue of the office he has held.

This is how an honourable nation treats its servants and conducts its affairs; and this is how Nigeria should be.I look forward to meeting with President Jonathan in the days to come to discuss how our teams can make the transition of administrations as efficient as possible.

I thank my party for selecting me as its candidate. I thank our party leaders and members for the steadfast contributions they made to bring our dream to fruition. I thank INEC, the police and all other government agencies for performing their tasks in a proper manner and for refusing to be induced to undermine the election and the democratic process.

I give special thanks to President Obama and his timely intervention and support for peaceful and credible elections in Nigeria and for sending Secretary John Kerry and other United States officials. The European Union – especially the United Kingdom, France, Germany and other nations that were actively involved in ensuring the success of this election are equally appreciated. My sincere thanks to the United Nations Secretary General Mr Ban-Ki Moon. The Commonwealth, China, India and other Asian and Gulf states are also hereby appreciated.

Finally, our brothers in the African Union and ECOWAS have truly and clearly shown and demonstrate their commitment to our democratisation process. Former Presidents John Kuffour, Amos Sawyer, Bakili Muluzi and his team are well appreciated. I must also add my appreciation for the role played by civil societies, national and International observers, other world leaders in ensuring that Nigeria holds free and fair elections.

I assure all foreign governments that Nigeria will become a more forceful and constructive player in the global fight against terrorism and in other matters of collective concern, such as the fight against drugs, climate change, financial fraud, communicable diseases and other issues requiring global response. I want to assure our fellow African nations that Nigeria will now stand as a more constructive partner in advancing the matters of concern to our continent, particularly with regard to economic development and eradication of poverty.

Most of all, I thank the people of Nigeria for reposing their confidence in me at this trying moment. Our nation wrestles many challenges including insecurity, corruption, economic decline. I pledge to give you my best in tackling these problems.

No doubt, this nation has suffered greatly in the recent past, and its staying power has been tested to its limits by crises, chief among which is insurgency of the Boko Haram. There is no doubt that in tackling the insurgency we have a tough and urgent job to do. But I assure you that Boko Haram will soon know the strength of our collective will and commitment to rid this nation of terror, and bring back peace and normalcy to all the affected areas. We shall spare no effort until we defeat terrorism.

Furthermore, we shall strongly battle another form of evil that is even worse than terrorism—the evil of corruption. Corruption attacks and seeks to destroy our national institutions and character. By misdirecting into selfish hands funds intended for the public purpose, corruption distorts the economy and worsens income inequality. It creates a class of unjustly-enriched people.

Such an illegal yet powerful force soon comes to undermine democracy because its conspirators have amassed so much money that they believe they can buy government. We shall end this threat to our economic development and democratic survival. I repeat that corruption will not be tolerated by this administration; and it shall no longer be allowed to stand as if it is a respected monument in this nation.

I ask you to join me in resolving these and the other challenges we face. Along the way, there will be victories but there may also be setbacks. Mistakes will be made. But we shall never take you for granted; so, be rest assured that our errors will be those of compassion and commitment not of wilful neglect and indifference.

We shall correct that which does not work and improve that which does. We shall not stop, stand or idle. We shall, if necessary crawl, walk and run to do the job you have elected us to do.

I realize that the expectation of our people today is as high as their commitment to change has been strong and their belief in us unshaken. While we pledge to begin doing our best without delay, we would like to appeal to them to appreciate the gravity of our situation, so that we become more realistic in our expectations.

We will govern for you and in your interests. Your vote was not wasted.

This article has been read 2,168 times
COMMENTS