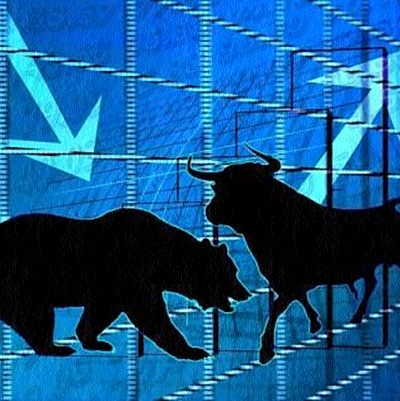 The theme for my remarks is “Courage required of CFOs, especially in times of persistent market volatility and rapid technological change.”

I have chosen this topic because in its recent World Economic Outlook update, the IMF makes the following observation: “Risks to global economic outlook remain tilted on the downside and relate to ongoing adjustment in the global economy.” It goes on to say “The fear is that the persistence of slow growth since the 2009 global financial crisis may have become self-reinforcing because of the “scarring affects” it has had on economies.”

What is even more worrying is that it further says “Overall, the global outlook has weakened further over the last six months.” It has been worsened by China’s relative slowdown, lower commodity prices and the prospect of financial tightening for many countries. Add to this ongoing escalating geopolitical tensions evidenced by a number of religiously linked violent attacks of civilians in a number of countries.

In brief, since the 2008/09 global financial crisis, normality has not been restored. There are persistently high levels of uncertainty regarding commodity prices, currencies, interest rates and economic growth across the globe.

Global growth forecasts have been revised downwards a number of times by the IMF. The latest revision was in April 2016 from 3.4% to 3.2%. Growth in emerging markets, including China, is also trending downwards. The key message therefore is that “the recovery is too slow and fragile and because of this, it risks not being sustained.”

In the case of South Africa, uncertainty has been exacerbated by the Nene-gate, the Constitutional Court’s decision on Nkandla and risk of pending credit rating downgrade as well as continuing dithering in taking action to restore the financial health of key state owned enterprises.

As consequence, investment flows have declined and the growth forecast has been revised downwards to 0.6% for this year and 1.2% for 2017. As reported by the South African Reserve Bank, FDI flows to South Africa reached a record US$ 8.3 billion in 2013, but dropped to US$1.77 in 2015.

The rest of the African continent is also experiencing a decline in FDI flows in recent years as a result of the slump in commodity prices, oil in particular. A recent UNCTAD report highlights a decrease of 31.4% in FDI flows to Africa in 2015. It is therefore not surprising that the World Bank has reduced its 2016 Sub-Saharan growth forecast from 4.4% to 3.3%.

On the technology front, cyber attacks have become a major threat. As a consequence, companies are giving more attention to cyber-security. This is a new risk that companies have to manage simultaneously with the risks already highlighted. Therefore, the next few years are going to be rather challenging.

This is the environment in which South African businesses have to take major investment decisions as well as endeavour to report faithfully about their economic and financial health. These difficult and toxic conditions make the role of the CFO more critical and onerous.

Lessons learnt from the 2008/2009 global financial crisis are relevant in this regard. Research commissioned by leading financial markets and banking regulators revealed that firms that had effective firm wide risk identification and analysis processes, consistent application of independent and rigorous valuation practices, effective management of funding liquidity, capital and balance sheets and high quality consistent and transparent reporting practices coped much better than those with less rigorous processes.

These findings confirm the centrality of the CFO function in ensuring that companies cope and even prosper in these difficult times. All the processes highlighted in the research findings should be at the very core of the CFO function. The most disturbing finding of the research was that firms invested in financial instruments in which they had insufficient understanding of inherent risks. This happened because they lacked effective firm-wide risk identification and analysis processes. There were no forums for robust dialogue of new products, financial markets and financial structures among senior management encompassing the CEO, CFO, chief risk officers, managers and risk owners at operational levels.

The concern is that there is a risk of this happening in the current environment as companies desperately look for growth in unfamiliar markets. Because of economic policy uncertainty and low economic growth in South Africa, more and more companies are venturing to the rest of the continent and beyond. As they move out, it is crucial that they invest in understanding the risks, especially market dynamics and regulatory regimes.

The other very disturbing finding of the research done following the 2008/09 global financial crisis was that firms that struggled to cope with the turbulent market conditions had not developed internal consistent rigorous valuation practices. They tended to rely on assessments by rating agencies; whereas those that were more successful in coping with the crisis tended to be more sceptical of rating agencies’ assessments and to complement agency reports with their own internal expertise.

Again this is a valuable lesson for success in the current environment. Valuations of assets, liabilities and businesses require more rigour in an environment of heightened uncertainty.

Reports on the global financial crisis also highlighted the fact that firms that had a culture of proactively and prudently managing liquidity, capital and balance sheet strength on a forward looking basis were more successful in withstanding the turbulent market conditions.

Attention to this aspect is vital in the current climate. Rapid unfavourable movements in commodity prices and/ or currencies at a time when shareholders and financial institutions have become more risk averse can cause difficulties even for companies with historically strong balance sheets and good track records with financiers.

What has become even more important in today’s complex environment is integrated thinking. In this regard I would like to highlight two observations made in King IV.

“Integrated thinking takes into account the connectivity and interdependence between the range of factors that affect an organisation’s ability to create value over time.” In particular, King IV refers to the “triple context” or “the combined economic, social and environmental context”. Since the global financial crisis interconnectivity has intensified driven by globalisation, integrated markets and information technology. As a consequence, integrated thinking has become a business imperative.

Of course, the basic responsibility of a CFO is ensuring that a culture of adherence to sound internal controls as well as high quality, consistent and transparent reporting is embedded throughout the organisation. The CFO and his/her team should be a respected centre of excellence that is trusted for intellectual honesty, sound processes and transparency.

Therefore, the CFO should always be conscious of the trust that the people inside the organisation as well as directors of the company and key external stakeholders -shareholders, bond holders, bank regulators, taxation authorities and governments place on his/her office.

Yes, the CEO and the board are also accountable, but the CFO has a very special role. He is the ultimate custodian of financial reporting. Therefore, it is his/her duty to ensure integrity. May I also say, courage. Companies get into trouble or fail as a result of shortcomings in areas in which courageous CFOs are well placed to intervene. Among others, these include weaknesses in credit extension policies and controls over collections, imprudent liquidity and financing arrangements, tolerance of deviations from proper due diligence processes over acquisitions, failure to act to contain creeping balance sheet deterioration and failure to enforce proper internal controls in critical areas; e.g. procurement.

To be an effective and value-adding CFO, one needs more than requisite knowledge, competences, integrity and ability to ensure timeously and proper financial reporting. In addition, one needs courage to act professionally and decisively in situations that demand him/her to lead.

A case in point has been the weakening of balance sheets and cash flows of mining companies in the last few years as a result of persistently low commodity prices. I am sure that companies with professionally respected and courageous CFOs were the first to respond appropriately to the challenge. Whereas companies with either less courageous CFOs or more dominant CEOs who insisted that the downward trend would not last, took longer to act as a consequence, they ended up being forced to take more drastic action like disposal of prized assets.

Another example is the failure of the African Bank. I have no doubt that problems with the loan book did not arise suddenly. There were signs over an extended period of time. The CFO should have been the first to observe the deviations from the norm and to alert the CEO and the board. Whether this happened or not, I do not know.

The other areas in which companies often make costly mistakes, because of failure to utilise appropriately the CFO function are project development and management and assessment of new acquisitions. Poor performance in these areas accounts for significant value destruction in many companies. Especially in situations where the CEO and his/her project team do all the assessments with limited involvement of the CFO who would be inclined to be more objective and less passionate in his/her approach. Therefore the CFO should ensure that the role of his/her department on these processes is clear and well understood and accepted by the CEO and the rest of the executives.

Last but not least, sloppy financial reporting is another shortcoming that should be avoided at all costs. Trust by the markets is dependent on the quality of financial and corporate reporting. Therefore, weaknesses in this area lead to severe punishment, not only by regulators, but also by market participants.

From  time to time insistence on faithful corporate financial reporting demands courage. The need to assess assets for impairment in times of low growth and declining prices and judgment when to recognise write-offs when bad investment decisions have been made are examples of matters that often lead to contestation between the CFO and other executives and even the board. So, even ensuring fair presentation requires courage.

Courage has become a very important determinant of effective and successful leadership, not only for CFOs, but also for CEOs and directors of companies. Organisations often fail, not because those who lead lack knowledge and competences or cannot distinguish between ethically acceptable and unacceptable conduct, but because of the predisposition to rationalize and justify wrong things due to lack of conviction and courage.

It is for this reason that in the Code of Conduct for the Chartered Director, we emphasize care, skill, diligence as well as courage. There is no point in knowing what to do if you do not have the courage to act. You can know all about King III, but without courage you will not be an effective director.

The Ethics Institute of South Africa, in its conference scheduled for 30 May 2016 will make a call for courageous ethical leadership because it has come to the realisation that teaching ethics will not change behaviours unless the trainees have courage to act on the basis of the knowledge acquired.

As CFOs you have a very important role in enhancing trust in financial reporting which companies use for decision making and in the financial reports that you release to outside shareholders. They accept and use them because of the trust they have in your knowledge, competence and integrity and above all, your courage to report faithfully. You must always keep this in mind and think carefully each time you have to release information to the public.

Chancellor of the University of Pretoria during a keynote speech at the CFO Awards on at Summer Place in Johannesburg.

This article has been read 2,310 times
COMMENTS