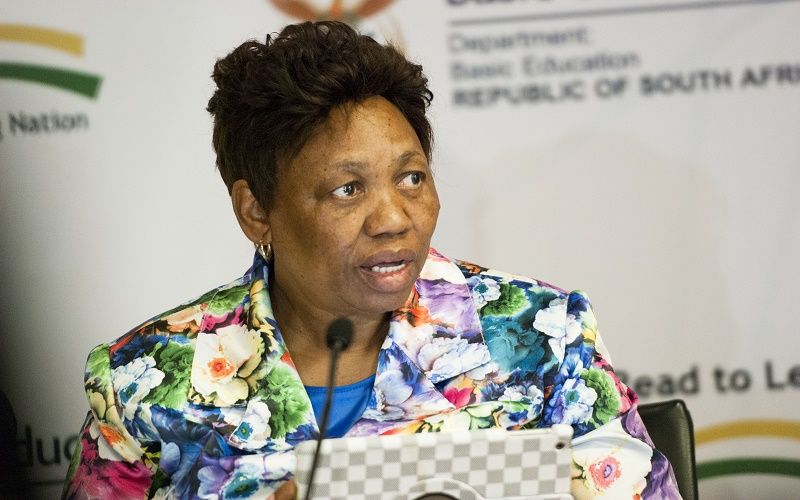 The triumphant announcement of the 2016 matric results by the minister and department of basic education has subsequently been tempered as the harsh searchlight of reality has dawned. Opposition political parties, specialist education NGOS, business, journalists and the private sector have rightly raised questions about the pass rate of 72.5%, announced by Minister Angie Motshekga on 4 January 2016. The questions have been motivated not by cynicism nor by opportunism but a shared concern that our children deserve better two decades since the demise of racially separate education. The preamble of our constitution, powerfully captures the aspiration envisaged for all citizens but perhaps especially so for the “born frees”, when it proclaims a commitment to “improve the quality of life of all citizens and free the potential of each person”.

What should have been a source of great national pride in an education system for truly freeing the potential of young people to take their place in the country, the continent and the world, is now sullied. We are currently grabbling with concepts and outcomes that require deliberation and frankness about whether we are failing our young people. terms like “retained in the system”, “progression policy”, “standardisation process”, “teaching to the test” and “culling” amongst other terminology, permeate our conversations and our press coverage of matric results, none of which speaks to a happy end to 12 gruelling years of learning, teaching and sacrifice, often by the poorest of the poor in South Africa.

Education, like almost every other facet of life in South Africa, bears the scars of a highly unequal society. It was recognized, early in the negotiation process, that heavy investment in education was critical and should have the dual purpose of ensuring remedial action for years of neglect and under-development, together with plotting the way toward creating a system that will give real meaning to equal and quality education to all.

Inherited legacies must not be readily dismissed nor must they be the constant refrain for why the education system is not delivering the much sought-after dividends that we seek. The minister’s January 4 speech is riddled with what were meant to be headline grabbing captions, including “strategic direction in the basic education sector”, “building a solid foundation for teaching and learning”, “international assessment benchmark tests”, amongst other headlines. Yet the reality that confounds us is one that leaves the futures of young South Africans hanging in the balance. Futures that are based on a pass rate as low as 30% in some subjects speaks to a government that is essentially diminishing expectations of young people of themselves and equally importantly, of harming the life chances of young people who are ill-prepared and under-educated for the demands of a globalising world.

In a pre-matric media statement, the civil society advocacy group, equal education, stridently asserts that, “the matric pass percentage is a superficial and misleading indicator of public education quality.” Its assertions are based on perceptions and evidence gathered, particularly its longitudinal studies of retention rates of school-going children. What these figures demonstrate is that an alarmingly large number of students drop out of school and do not proceed to matric. Equal education uses comparative data of students who were enrolled together in grade 2 and who had completed or did not complete matric in 2015. Gargantuan alarms bells should be ringing when just under 50% of the potential matric cohort drops out of the system, often at grade 10. Various reasons are proffered for this trend including poverty, regional disparities, urban/rural divide, lack of school infrastructure, under-qualified teachers and a teacher trade union holding the system to ransom. none of these issues is in dispute, on the contrary, and save for the SADTU issue, a straw poll will reconfirm a heartfelt commitment to addressing these concerns so that all children are set up to succeed and become net contributors to their families, society and the country.

Sadly, however, the minister of basic education, the department and government are in denial about the sorry state of public education, with the quality of matric serving as an indicator of so much that is wrong with the system. It is a system that needs fixing from the very start, from committing to quality early childhood education and nurturing this cohort of students through primary education and finally to high school and matric. Equal education states this point so lucidly in their statement, “the consequences of poor quality early childhood development, and poor quality foundation phase education, is that the opportunity to reduce learning gaps and develop the potential of children, irrespective of their home background, is lost. Children acquire learning deficits in the early grades. This is the root of underperformance in the later, high school grades.”

The key national question then is whether we grab the mantle, bite the bullet, take the bull by the horns or use any other metaphor, to address a fundamental question of whether we are setting young people up for failure or settling for far less than our young people are capable of. Quality public education is an aspiration that must not die a quiet death. For many, it will mean no pathway out of poverty, no dream realised and mostly it will mean allowing a government to remain unaccountable to current and future generations who will populate the ranks of the unemployed and disenchanted. There is no choice to defer this dream.

By Zohra Dawood, Director: Centre For Unity in Diversity

Courtesy: Centre for Unity in Diversity.

This article has been read 8,181 times
COMMENTS