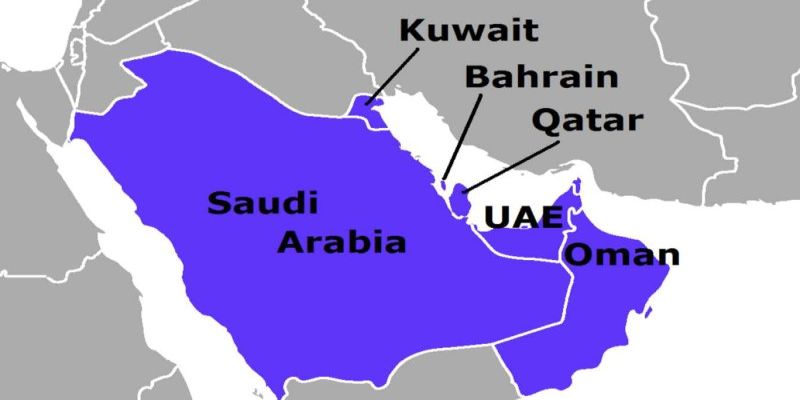 The Somali government’s decision to remain impartial in the current diplomatic crisis between Saudi Arabia and its allies and Qatar is a brave decision considering Somalia’s precarious position in the new situation. Somalia, emerging from a long civil war, needs more friends than enemies to help her with its efforts towards political stability and economic recovery.

Unfortunately, it seems Somalia has found itself between two rocks: supporting one side means losing another wealthy partner that could help.  For example, if the government sides with Qatar, Somalia could lose income from its livestock exports to the Saudi Arabia, which significantly contributes to the country’s economy. It could also lose millions of dollars from remittances by Somali workers in Saudi Arabia if they are expelled from the country. Somalia cannot afford this because high percentage of its GDP has always come from these two sources. Furthermore, Saudi Arabia could cancel millions of dollars of investment in Somalia that is being discussed by the two governments.

Some analysts have welcomed the decision, which they see as an affirmation of Somalia’s political independence and sovereignty particularly as the country is returning to the international community after protracted civil wars. The question is why Somalia has found itself in this dilemma. Here is some background analysis, which could explain the situation.

In human history, the world has always had military and political alliances that led to conflicts around the world. Some of the most horrific wars included the First World War, and the Second World War, in which the atomic bomb was used to bring Japan to its knees to end the war.

The current political fallout within the Gulf states in which new alliances have been formed reminds us that in the twenty first century, the world is still deeply divided along ideological and political lines particularly after President George W. Bush polarised the world into “either you are with us or against us” when he addressed the Congress in September 2001 to launch the war on terror after the 9/11 attack on America.

If political discourse in the 20th century was about “communism vs. capitalism, Warsaw alliance vs. NATO/Western pact” today’s world political dialogue is seen through a global conflict between Islamist terrorists and Jihadists one hand and the West on the other hand, whatever that means to the warring sides and their supporters.

It is true that there are still some remnants of the Cold War conflicts such as challenges posed by China and Russia against the USA/west; the standoff between Iran and the USA/West, and the Cuban issue, and of course, the nuclear crisis in the Korean peninsula, a conflict with its roots in the Cold War. However, at present world political dialogue is dominated by the global war on terror. Out are those Cold War threats, in are the cut-throat politics of the war on terror.

Arguably, the current conflicts and political instability in the Middle East are embedded in the war on terror. The “Arab spring uprising” that followed the removal of Saddam Hussein from power by Western forces could be seen through the lenses of the war on terror because the Arab people realised that their strong men/dictators could be removed. In other words, Saddam’s removal instigated the upraising, leading to the fall of some Arab dictators. Unfortunately, the upraising has not ushered in political stability, but driven the region to chaos and violent conflicts. The war in Syria has divided world powers.  Indeed, Russia, the USA, and regional powers such as Turkey and Iran are siding with different warring factions, making the conflict more complex and intractable.

The latest diplomatic crisis in the Gulf is another classic example of the impact of the war on terror in the region. Saudi Arabia and its allies have cut diplomatic ties with Qatar not because of economic row, but mainly on terrorism grounds. The wealthy Gulf club “family” once the most stable unit within the fractured Arab world, is now facing existential crisis.

There is a hint that president Donald Trump’s recent visit in Saudi Arabia might have played a role in fuelling the new crisis.  The “politics of divide and rule” by the US president might be at play here!

It is in this divided world that Somalia has always found itself torn apart by some huge global powers and forces that are beyond its power. From colonialism, which divided the Somali nation, to the Cold War, in which the former USSR and its allies defeated the Somali National Army in the Ogaden war. The Ogaden debacle has precipitated the collapse of the Somali state because it unleashed some destructive forces, factors, and sequence of events that would ultimately cause the collapse of the state and subsequent civil wars.

While the 1991-2000 conflict was mainly about warlordism, factionalism and clans fighting over control of resources and territories, the post-2001 conflict took a religious dimension, which has bitterly divided Somalis along religious lines. The rise of Al-Shabaab, the deadliest terrorist organisation in Africa, is unambiguous evidence of the USA’s war on terror in Somalia. US airstrikes against Al Shabaab have become the norm than the exception.

It is under the cut-throat politics of the war on terror that Somalia has had to decide as to whether to side with Saudi Arabia and its allies or Qatar.

Somalia is a poor and fragile country that is emerging from protracted civil strife, and therefore needs more friends than enemies to help her with its efforts for political stability and economic recovery. To be forced to take sides in a world where it is almost impossible not to take sides is challenging. The Somali Government’s position to remain neutral in the Gulf crisis is brave decision especially given the huge wealth that the Gulf countries have and how they could use it to cajole or bribe Somalis to side with them.

Indeed, although Somalia was once torn apart between the Warsaw and NATO alliances during the Ogaden war, it was also member of the Non-Alliance Organisation/Movement with its position to remain impartial during the Cold War.  So, it is not the first time the country chooses to remain impartial.

Hopefully, Somalia’s brave decision will inspire other nations to revive the politics of neutrality in a deeply divided world.

This article has been read 10,389 times
COMMENTS