Zambia: The PF’s State of Emergency Drifts Zambia into Dictatorship 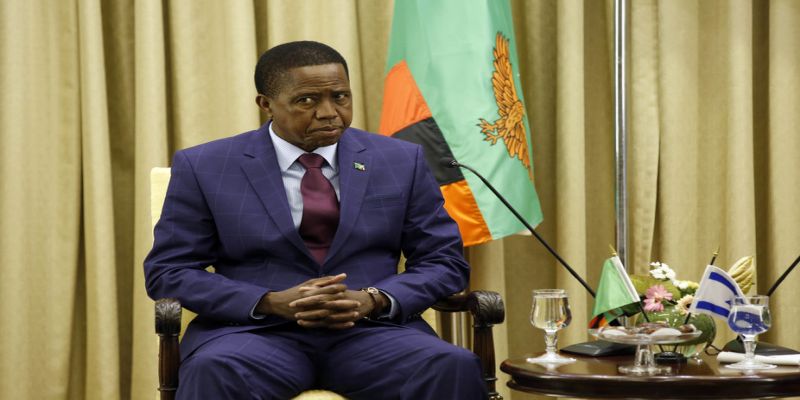 Unless one is either injuriously naïve or deliberately playing the partisan madness, the current president, Mr. Edgar Lungu and the PF have no clue how to govern the country. We all thought Kenneth Kaunda was an authoritarian (he was a school teacher). We thought that Frederick Chiluba was too tender on corruption (he was a trade unionist). We thought that Levy Mwanawasa was too vengeful on political opponents (he was a lawyer). We thought that Rupiah Banda was naïve (he was a seasoned politician). And we thought that Michael Sata was an epitome of dictatorship (he was allergic to corruption). But who would have thought a 21st century lawyer would declare a State of Emergency for a nation that has been relatively “peaceful”?

Understand me, arson, vandalism are inimical to national sanity. They must be condemned and dealt with by law – not through a State of Emergency. State of Emergency is governing without law, which by itself is worse than works of saboteur. Since the 1960s till 1991, Kaunda had ruled Zambia, basically, under a perpetual State of Emergency. Even then Zambia was called a peaceful country. I submit that Zambia was not “peaceful” by design – it was peaceful by intimidation and the suppression of people’s freedoms and rights. People dreaded to vocalize their discontentment with the UNIP Government for fear of being subjected to the “Red Brick” (torture and murder).

And without question, the current regime under Lungu has found those old tactics convenient. Zambia, sadly, already oppresses its peaceful grievers, locks up political opposition and unleashes an army of cadre rabble-rousers on all who would not bow under its demands.

Those of you who read my articles know how I have been critical of Hakainde Hichilema and his hold on to the UPND presidency even after five attempts at the presidency. But he should not be made to face trumpeted charges for treason. This is clearly political – no matter what political garb you cloak the excuse. Similarly, if it should be found that there is any deliberate inciting of these riots, the masterminds must be brought to face the law. However, this still does not call for a State of Emergency. It is cowardly, a rush to invoking the ultimate weapon (which should only be used in times war or extreme natural disasters).

Everyone is laughing at Zambia – and why not, a president who cannot rule by democratic institutions but by the suspension of people’s inalienable rights and freedoms! This president and the PF have failed to move the country forward even an inch – despite being Africa’s second-biggest copper producer, Zambia has no economic safe house. Poverty has become the people’s second nature. In the recent past (all under the watch of the PF), the economy has suffered from chronic power shortages. Despite the 2006 HIPC support and forgiveness, high debt levels still milk the nation’s tender shoots. Weak copper prices have found no alternative ideas in form of diversification and economic thinking. And falling currency rates mean that Zambia is barely on a resuscitation machine. Coupled with the aforesaid, there has not been any break to political tensions in the country unheard of even during the sustained UNIP emergency.

If what is happening in Zambia is not authoritarian rule, tell me, what is it?

“O ill-dispersing wind of misery!/ O my accursèd womb, the bed of death!/ A cockatrice hast thou hatched to the world, whose unavoided eye is murderous” (Shakespeare, Richard III, Act 4, Scene 1)

This article has been read 1,566 times
COMMENTS