Digitalization as a Driving Force for Development 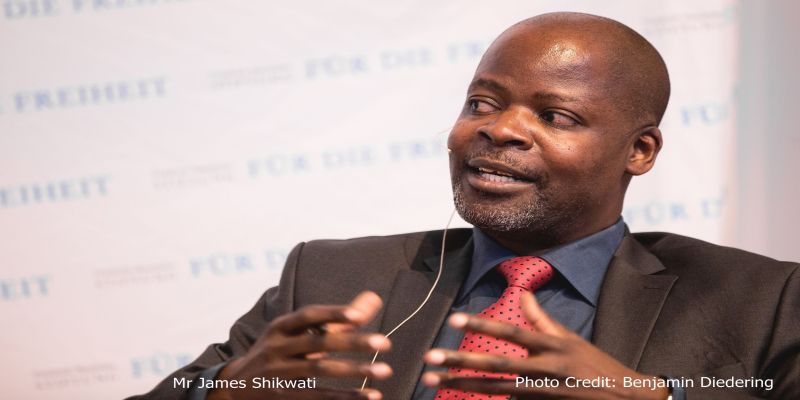 Development is framed as a monopoly of the North, hence, if the South, especially Africa has to participate, it must be welcomed first. This approach has yielded a mindset of international incumbents, cartels and monopolies that promote apocalyptic narratives about Africa. The good news is that digitalization; the process of moving the physical world into cyberspace, is disrupting such old notions and enables players across the world to proactively engage established markets. Kenya is one such country in Africa that has deployed digitalization to drive its economy.

Kenya and by extension Sub Saharan Africa countries thrives on a wide base of informal economic activities and a thin layer of the formal sector. Kenya’s informal sector is large and dynamic and accounts for 95 per cent of the country’s businesses. The country boasts of an estimated 7.4 million micro, small and medium sized enterprises with only 20 per cent (1.56 million) licensed to operate formally. The wide informal base offers only greater opportunity for under-employment and lesser productivity as it contributes less than 25 per cent to the country’s Gross Domestic Product. Digitalization platforms offered by both internet and mobile phones have however unleashed the potential of the informal sector which would otherwise have remained invisible and un-bankable. This sector now benefits from Mobile Money Platforms such as the MPESA that is used by 31 million Kenyans (58 per cent of Kenya’s adult population) through its 144,000 agents spread across the country. An estimated 25 per cent of Kenya’s GDP flows through digital mobile money platforms.

Digitalization platforms have enabled the Kenya government to broaden its domestic resource mobilization through the I-Tax by the Kenya Revenue Authority. Kenya’s treasury raised USD 5 million through an Infrastructure Bond named M-Akiba (“Akiba” is Kiswahili word to save) that enables ordinary Kenyans to purchase government bonds with as little as USD 30. The M-Akiba platform is revolutionizing the banking sector by allowing ordinary citizens to directly purchase government bonds that attract 10 per cent interest on savings thereby rivaling traditional rigid banking systems. Additionally government’s method of offering and reporting of its service delivery to citizens has been digitalized.

Thanks to digitalization, innovators have cashed in to develop applications that address education, health and energy needs. Twenty years ago, it would take several months to connect families in rural areas with their counterparts in the urban areas. One had to wait at a bus terminus to chance upon a relative in order to send money and messages back to the rural homes. Thanks to digitalization, this is now handled in a matter of seconds. Africa’s Regional Economic Blocs and the entire continent now have an opportunity to connect to markets for greater prosperity though digitalization.

The digital world is literally “eating up” the physical reality through manipulation, communication and storage of physical reality in binary digits or bits. The digital world has created an “intelligent jungle” analogous to a typical equatorial African jungle with its attendant threats and opportunities. One has to have security tools and knowledge to navigate through a jungle full of Wild animals keen to have one for a meal! Digital platforms such as search engines and social media offer similar threats and opportunities that require navigational skills and security tools. The capturing and storage of individuals’ cyber-footprints is revolutionizing the world of individual choice as it somewhat relegates choice to artificial intelligence systems.

The swallowing of the physical world by the digital World opens up opportunities for developing countries to avoid waiting to be “invited into development.” Through digitalization, the forces that have been holding poor people to a predetermined approach to life - where they have to simply adapt as opposed to interact - are being disrupted. The forces such as cultural beliefs (especially impact on women); impunity and poor legal environment; property rights regimes; poor government – society relations and skewed global trade and financial systems that favor established value chains are being disrupted through increased access to options.

The Inter Region Economic Network (IREN) is keen to seize the opportunities offered by digitalization and is currently piloting on building a database to catalyze enhanced productivity among the micro small and medium sized enterprises through efficient access and convenience. IREN believes that through digitalization, ordinary citizens and poor countries have an opportunity to drive their own intrinsic development instead of waiting to be “invited” by developed countries.

This article is a compressed version of Mr. James Shikwati’s presentation at a forum organized jointly between the Kunhe Logitics University Hamburg, and the Friedrich Naumann Foundation, June 29, 2017.

This article has been read 1,696 times
COMMENTS