We Denounce the Coup Against President Robert Mugabe 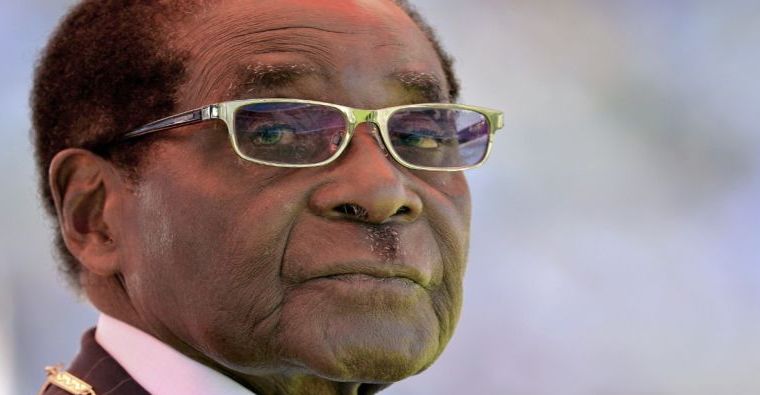 If indeed President Robert Mugabe has tendered a letter of resignation as the Speaker of the Zimbabwe House of Assembly claims, then let us be honest enough to recognize and acknowledge that yet another African leader has been unlawfully overthrown in a military coup that was cheered on and encouraged by the Western (European) political establishment !

No so-called letter of resignation that emerges out of a situation in which the duly elected President of a country is arrested by armed soldiers ; held in detention; and subjected to a process of mental and psychological coercion can be considered to be a genuine or legitimate document. And the fact that Western political leaders could welcome and applaud this "happening" demonstrates once again their utter hypocrisy and lack of principle.

Much is made by the Western Establishment and their docile (and dangerous) News Media that President Mugabe has been in power for 37 years, but what they conveniently gloss over is the fact that Mugabe didn't put himself there. Rather, he was elected time and time again by the people of Zimbabwe, and more often than not in the face of trenchant and determined Western efforts to unlawfully derail his electoral prospects.

But then again this is par for the course with Western imperialist Governments and oligarchies. Indeed, it is said that Imperialism never sleeps and is always determined to have  "the last laugh" and to prevail in the end.

As we are all aware, Robert Mugabe defied and defeated the Western imperialist forces over and over again, and this fueled their rage at and hatred of the man. And so, they were determined to "get" Mugabe even if it was the last thing that they did. They were determined to prevail and secure a "victory" , even if the so-called "victory" is against an old man who is approaching the end of his journey.

You see, Imperialist forces are always desperate to send a message of their invincibility, less the people of the exploited World come to perceive their inherent weakness and lose their fear of them! And so they encouraged their minions and collaborators to move against Mugabe even though the man is 93 years old and his Presidential term is coming to an end in a few months time.

There is a political process and there is also an electoral process, which is a component of the political process. And one engages in something called "political struggle" and "elections" in order to change democratically elected political leaders and administrations.

Thus, a resort to military means can only be justified if one is dealing with a tyrant who has usurped power and who has made it impossible to challenge and remove him or her through the political/electoral process.

But this was not the case with President Mugabe! Not only was President Mugabe democratically elected by the people of Zimbabwe, but he had done nothing to suggest that he had subverted or was going to subvert the Zimbabwe electoral process. In fact, far from that, the country was actually readying itself for Presidential elections in 2018.

Thus, if Mugabe’s party, ZANU PF, and the leadership of the Army felt that they wanted a new President, why not challenge Mugabe (and his wife) through the political and electoral process rather than resorting to the illegality of a military coup?

No sensible person has ever claimed that sections of the Zimbabwean people and political class did not have the right to challenge Mugabe politically and to engage in a political/electoral struggle against him (and his wife).

The correct course of action for Mugabe's political enemies would have been to challenge him politically/electorally-- even if they were disgracing themselves by acting in consonance with the encouragement and approval of the forces of Imperialism.

The coercive arm of the state-- the Military-- had demonstrated that it was in opposition to Mugabe. So what could there possibly have been to prevent Mugabe's political enemies from engaging him in legitimate political struggle? Absolutely nothing!

The essential and irrefutable point is that there was no justification whatsoever for a military coup in Zimbabwe and against President Robert Mugabe. And so we cry shame on all those who have welcomed and supported this reactionary reversion to African soldiers unlawfully interfering in and subverting the processes of democratic governance.

This article has been read 3,819 times
COMMENTS