How the West is Turning its Back on Africa 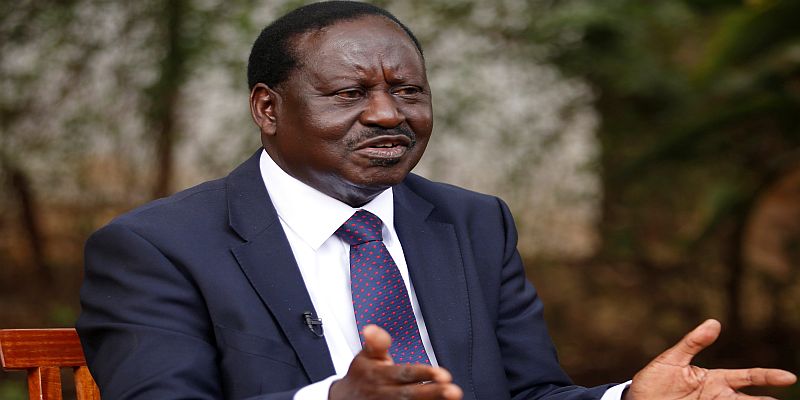 Fundamental political, economic and social shifts are taking place across the world. More inward looking regimes are emerging among the many nations that once looked beyond their borders with dedicated focus on Africa. The western world, to which Africa once turned for partnership on democratization, trade, education and immigration, is shutting its doors on the Continent.

The post-world war interconnected and caring western world that was imagined by the likes of Charles de Gaulle, Winston Churchill, Harold Macmillan, Konrad Adenauer, Mikail Gorbachev, Harry Truman, J.F. Kennedy and Woodrow Wilson, among others, is falling apart. These leaders and their immediate successors agreed that engagement not retreat was the way to a safer and better world. They laid the foundation that anchored a global system on democracy, human rights and the rule of law.

In the last ten years, this global system has been under severe pressure. It is now destructing. In its place, populists peddling half-truths, outright lies and fear are rising. By and large, facts and policies no longer win elections. Fear, lies and manipulation of data do. Nobody knows this better than the United Kingdom from the Brexit experience that was driven by fear…fear of immigrants, blacks, Muslims, terrorists, Chinese…supposedly flooding the UK if the country remained in the EU. The US is struggling with the results of politics of fear couched as “America First” policy.

The western world that was once the destination of choice for ambitious Third World youths is showing us its back. We have lately witnessed horrific scenes of immigrants from Africa and places like Albania, Sri Lanka, Turkey and Ukraine stuck at borders of Europe. Europe has failed to enact EU-wide common asylum and immigration law that offers safe transit routes and is fair and efficient for asylum seekers.

France recently introduced a Bill that allows the authorities to hold migrants illegally in detention centers for up to 90 days instead of the current 45, in order to organize their deportation. Under the bill, people illegally crossing borders of the EU travel-free zone will be fined 3,750 Euros ($4,600). Across the Atlantic, the US is pushing to reduce the number of legal immigrants in the country.

These developments are taking place against the background of declining interest in democracy by the West. Between 2009 and 2016, U.S. government spending on democracy, human rights, and governance programs fell by nearly $400 million. The Community of Democracies, a coalition established in 2000 lacks the resources and visibility to have much impact.

We recognize and applaud efforts of Sweden and the United Kingdom to individually continue supporting significant bilateral programs to promote democracy and improve governance. But the budgets are minimal. Not much has been felt from the European Endowment for Democracy or the United Kingdom’s Westminster Foundation for Democracy.

The dwindling funding for democracy has been worsened by the extremely casual and cavalier attitude of western election observers and diplomats in Africa with regard to elections and democratization. Much of the assessment of the observers and western diplomats appear to be clouded with a desire to calm the waters for international investors with huge stakes in African countries and stability.

In dealing with Africa, much of the western world is focusing exclusively on security, stability and the need to contain China. The changes in global politics mean that the challenges and opportunities facing Africa today are different from those of the colonial, the post-colonial, the cold war and post-cold war periods.

One of Africa’s greatest writers, Chinua Achebe, told us: “Every generation must recognize and embrace the task it is peculiarly designed by history and by providence to perform.” With the world disengaging, the current generation of Africans is rising to the challenge of making Africa take charge of its affairs. Africa is looking into itself and thinking of homemade solutions to the challenges it faces in a world that is interconnected and disengaged at the same time.

That is the context in which the world must view our recent decision to close ranks with President Uhuru Kenyatta after a bitter election contest that left the nation torn down the middle. As leaders, we came to the acceptance that solutions to our problems will never come from outside and that the solutions must result from an honest assessment of objective realities prevailing in the nation.

In Kenya, we agreed to recognize and confront the historical realities that we have long swept under the carpet. We took a journey down memory lane; from our struggle from independence to date and the realities that have impeded our progress.

We agreed that the time had come for Kenya to reflect on its performance in the search for the hallowed goals of justice, unity, peace, liberty and prosperity for all that our struggle for independence was about. We came to the conclusion that our diversity appeared destined to be a curse to ourselves today and to our children tomorrow unless we confront them.

We narrowed the challenges down to strengthening devolution and tackling corruption, marginalization, divisive elections, security and lack of national ethos.

We are not in any way deluded that these changes will come easy. There will be opposition and resistance because the issues we want to tackle go to the core of how Kenya has been ran over the past five decades. Many political careers have been made out of the foundation we are now seeking to shake and rebuild and many were hoping to make more careers out of that same foundation. But we are agreed that we have to make these changes if we are to have a nation.

Creating a stable nation is the primary, if not the sole purpose of the Building Bridges Initiative. It is an opportunity for a frank discussion about the questions that have bedevilled Kenya for decades.

We see our agreement, which is now commonly referred to as the “handshake” as a possible guide that other African countries could borrow with modifications to address their circumstances. It is our hope that the Handshake could inspire other African nations struggling problems similar to Kenya’s.

The developments on the global stage are also the context in which the world must view the creation of African Continental Free Trade Area (AfCFTA) and which Kenya strongly supports. We view the creation of a single market with duty-free access among traders in the continent is a long overdue means to spur industrialization, infrastructure development and economic diversification across Africa.

We are determined to ensure that rather than spend more energy and time negotiating complex trade agreements with the external world, we would be better off encouraging intra-Africa trade which stood at a mere 16 per cent of Africa’s total trade in 2016. We are determined to move Africa away from the narrative of simply being a place where the powerhouse economies of the West and East come to get their raw materials. We see investment in intra-Africa trade as our way of getting out of aid trap.

When Africa’s population doubles to two billion people, many of them will be young, under 18. This comes with tremendous opportunities and challenges. We recognize that one of the most urgent tasks facing Africa is to create opportunities for these youths and ensure a decent life for them. In all these homegrown initiatives, we want partners, not patrons. Africa is moving forward, sadder but wiser.

By Hon. Raila A. Odinga

This article has been read 2,936 times
COMMENTS