The Unseen Hand in Global Affairs: Why Media and Scholars Must Research 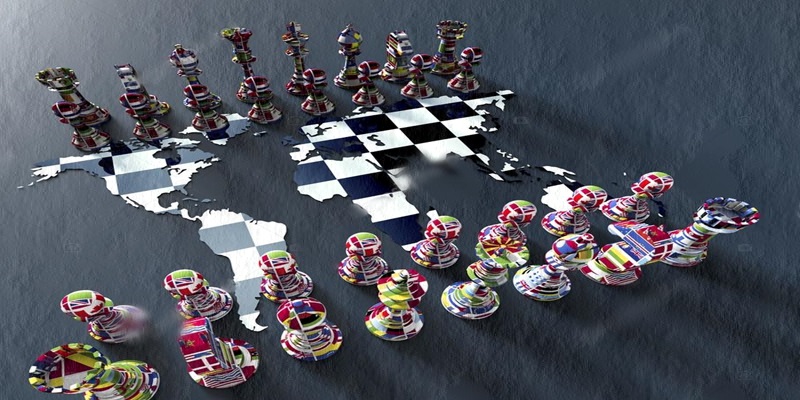 “People's actions are strongly influenced by their knowledge base. People act on their beliefs. You can manipulate a person's actions by corrupting their knowledge base, warping historical truth, or ignoring it completely. Knowledge can make for independence if it helps people meet their world more confidently and realistically. Those who have wanted others to remain dependent have always recognized this fact and have opposed the spread of knowledge.”

Is this not what has happened and is happening in South Africa? Do you realise where Anton Lembede, Robert Sobukwe, Zeph Mothopeng, Steve Biko and Onkgopotse Tiro come in? There are others outside the borders of South Africa but I want to focus on local leaders.

ANC leaders used to be hostile towards Biko but they recently appeared to have changed tack. It is not clear why. It’s not a change of heart. We know what they have said in the past about Biko. If they had a change of heart, they must publicly recant their previous utterances and admit they were wrong.

Have you heard of “The Society of the Elect” and its outer circle known as "The Association of Helpers" during your history lessons or political science course? The Society of the Elect and The Association of Helpers is one group. Members of these secret societies were Cecil Rhodes, William T. Stead, Reginald Baliol Brett, and Alfred Milner. Why should you learn or know about this group?

It plotted the Jameson Raid of 1895; it caused the Boer War of 1899-1902; it set up and controls the Rhodes Trust; it created the Union of South Africa in 1906-1910; it established the South African periodical The State in 1908; it founded the British Empire periodical The Round Table in 1910, and this remains the mouthpiece of the Group; it has been the most powerful single influence in All Souls, Balliol, and New Colleges at Oxford for more than a generation. It has controlled The Times for more than fifty years, with the exception of the three years 1919-1922. It publicised the idea of and the name "British Commonwealth of Nations" in the period 1908-1918. It was the chief influence in Lloyd George's war administration in 1917-1919 and dominated the British delegation to the Peace Conference of 1919. It had a lot to do with the formation and management of the League of Nations and of the system of mandates. It founded the Royal Institute of International Affairs in 1919 and still controls it. It was one of the chief influences on British policy toward Ireland, Palestine, and India in the period 1917-1945. It was a very important influence on the policy of appeasement of Germany during the years 1920-1940. It controlled and still controls, to a very considerable extent, the sources and writing of the history of British Imperial and Foreign Policy since the Boer War.

Have you heard about the South African Institute of International Affairs (SAIIA), its genesis, its role and who is associated with it? It is a Cecil John Rhodes created organisation just like Britain’s Royal Institute of International Affairs (RIIA) whose equivalent in the US is the Council on Foreign Relations. These organisations were formed around the same time; RIIA in 1919 and the CFR in 1921. Moeletsi Mbeki is a member of the SAIIIA and is unashamed about it the same way Julius Malema sees nothing wrong addressing RIIA let alone under the Chatham House rule. The media never asks them about this because SAIIA controls public opinion in South Africa and has been controlling South Africa for more than a hundred years.

Does it now make sense why Moeletsi Mbeki and Malema harangued former Zimbabwean President Robert Mugabe on repossession of land and clinging to power? Mugabe did nothing to South Africans. Moeletsi Mbeki and Julius Malema should focus on and expend their energies in fighting against British imperialism, white supremacy, neo-colonialism and capitalism which are the major problems in South Africa.

A document titled Who Runs South Africa and draws heavily from the works of Professor Carroll Quigley’s Tragedy and Hope and The Anglo-American Establishment reveals that:

“Conspicuously absent from the history books is mention of a small secret society of men who played a significant role in the sponsorship of the historical events. The secret society would conquer South Africa. They would use the money they plundered and techniques and methods learned to grow into a world-wide organization that continues to shape world history to this day. Between 1910-1915, the secret society evolved into an international group of co-conspirators called Round Table Groups set up in seven nations: Britain, South Africa, Canada, New Zealand, Australia, India, and the United States.

“The American and British branches of the Secret Society were formally established at a meeting held at the Hotel Majestic on 30 May 1919. The men who attended the meeting were British and American Secret Society members who were members of the British and American delegations to the Paris Peace Conference. The meeting resulted in the establishment of the Institute of International Affairs. The British Branch became the Royal Institute of International Affairs, and the American branch became the Council on Foreign Relations. Branches in other nations are usually called Institutes of International Affairs (Britain, Canadian, New Zealand, Australian South African, Indian and Netherlands) or Institutes of Pacific Relations (Japanese, Chinese, and Russian).The branch organizations have headquarters and membership lists.”

Would it not be appropriate for the media to raise these issues and schools and universities to include them in the curriculum; how South Africa was conquered and who conquered it and if the status quo ante has been established instead of harping on the insipid narrative of miracles, icons and rainbows?

As we learn, we realise that we have barely scratched the surface. If any person predicts the outbreak of a war or a disease, you must smell a rat. There is a person who predicted World War 1, World War 11 and World War 111 and his name is Albert Pike. He died in April 1891 but those wars broke out as he “predicted” them except the Third World War.

Albert Pike was born in the US on 29 December 1809 and was a member of the Ancient and Accepted Scottish Rite of Freemasonry, a secret society. He is also the founder of the white supremacist organisation the Ku Klux Klan (KKK).

In a letter written in 1871, Pike wrote, “The First World War must be brought about in order to permit the Illuminati to overthrow the power of the Czars in Russia and making that country a fortress of atheistic Communism. The divergences caused by the “agentur” (agents of the Illuminati between the British and Germanic Empires will be used to foment this war. Communism will be built and used in order to destroy the other governments and in order to weaken the religions.

“The Second World War must be fomented by taking advantage of the differences between the Fascists and the political Zionists. This war must be brought about so that Nazism is destroyed and that the political Zionism be strong enough to institute a sovereign state of Israel in Palestine. During the Second World War, International Communism must become strong enough in order to balance Christendom, which would be then restrained and held in check until the time when we would need it for the final social cataclysm.

“The Third World War must be fomented by taking advantage of the differences caused by the “agentur” of the “Illuminati” between political Zionists and the leaders of Islamic World. The war must be conducted in such a way that Islam and political Zionism mutually destroy each other. Meanwhile the other nations, once more divided on this issue will be constrained to fight to the point of complete physical, moral, spiritual and economical exhaustion.

“We shall unleash the Nihilists and the atheists, and we shall provoke a formidable social cataclysm which all in its horror will show clearly to the nations the effect of absolute atheism, origin of savagery and of the most bloody turmoil.”

Four paragraphs would suffice, I can’t quote the whole letter because of space considerations. However, the gist of what Pike communicated is loud and clear. This is basically what secret societies are all about. Their members are heartless and ruthless. What Pike wrote in 1871 has happened and is happening. The events that are unfolding in Palestine right now are in sync with what Pike revealed. Members of secret societies’ loyalty is to their secret societies not their countries. If there is anybody you know who belongs to one or more of these organisations you must know their loyalty is to those organisations and not their countries and they take an oath of secrecy.

Have you realised that after each war that Pike “predicted” there was a global organisation formed ostensibly to prevent future outbreaks of war? After the 1914 – 1918 war, the League of Nations was formed by members of the secret society that met at Hotel Majestic in 1919? So was the United Nations after the 1939 – 1945 war. When the UN was formed in 1945 there were about forty five members of the CFR at the founding conference of the UN in San Francisco.

Is it any wonder how the UN operates? The hands of the UN drips with the blood of Patrice Lumumba and Muammar Gaddafi. The UN is also known for being used to collect debts owed to the banks. Hence Canadian activist Glen Kealy referred to it as an organisation of banks by banks for banks.

This article has been read 4,749 times
COMMENTS