Africa Now: What Nelson Mandela Would Have Said 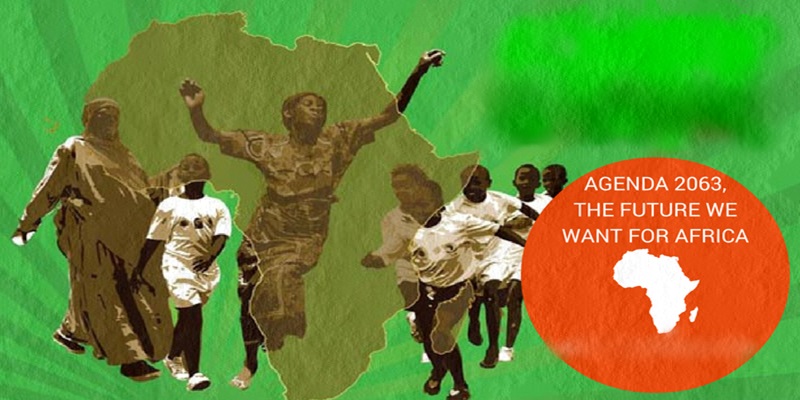 I will not walk the well beaten path that speaks his exploits. Instead, I will merely celebrate this man born to Nosekeni Fanny and Gadla Henry Mphakanyiswa in Qunu in Umtata on the 18th of July, 1918, at Mvezo, a tiny village on the banks of Mbashe River in the district of Umtata, the capital of Transkei. Mandela was of the Xhosa tribe and a member of the Madiba clan, named after a Thembu Chief who ruled the Transkei in the Eighteenth century.

Grant me latitude to go back to my School days and specifically to the year 1975 when I read Nigeria’s Chinua Achebe’s ‘Things Fall Apart’ where he says many things: but today I care to remember only two; First, that when one looks at a king’s mouth, he cannot imagine that he too suckled the mother’s breast and secondly, that a chick that will grow into a cock is seen on the day that it hatches.

I am not Xhosa, but my reading of Madiba’s book ‘Long Walk to Freedom’ tells me that the name Rolihlahla bestowed upon him at birth by his father started to define his personality for Rolihlahla is a Xhosa name that means “pulling the branch of a tree” but its colloquial meaning more accurately means “troublemaker.”

It would be improper for us not to remember the circumstances that defined the man. Like most, Madiba grew up in an African environment that romanticists would describe as serene and innocent but which was thoroughly disturbed by foreigners. First, by the advent of colonialism and much more perniciously by the institution of Apartheid that inhuman system of institutionalized racism conceived by the nationalist government under Hendrik Verwoerd, paradoxically at a time when the international community, first in 1945 in San Francisco through the United Nations Charter had underlined the quality of man, and reiterated it in Paris in 1948 through the United Declaration of Human Rights, yet it is that same world that remained so eloquently silent when Apartheid was instituted in 1948.

It is the Apartheid regime that turned a man who eschewed violence to be at the forefront of the creation of “Umkhonto we Sizwe” (the Spear of the Nation) as a means of confronting fire with fire.

Madiba was greatly influenced by the likes of Walter Sisulu who had a burning desire for the liberation of South Africa and believed that the means to effect change in South Africa, the repository of black hopes and aspirations, was through the ANC (Africa National Congress) which was an organization that aimed at working to improve the conditions and rights for people of color in South Africa. It is this admiration that made Mandela desire to belong to a group in which Sisulu was a member and at that point he joined the ANC in 1944. The ANC was initially founded as the South African Native National Congress (SANC) on 8th January by Saul Msane (Esq), Josiah Gumede, John Dube, Pixley Ka Isaka Seme and Sol Plaatje. The organization was renamed the ANC in 1923.

Join me in imagining what Madiba would have said today if he stood in this place of his birth and looked at the pain and suffering that still abounds in the world midst joy and revelry in some parts of the same world.

Comrades, if Madiba were to be candid he would say that: save for a few pockets of success, Africa still toils and moils under great difficulties. He would have applauded Rwanda for emerging from the genocide of 1994 and would not have forgotten the economic successes of Botswana, Namibia, Mauritius and The Seychelles among others.

In the same vein, he would have saluted the ongoing rapprochement between Eritrea and Ethiopia. The positive developments changes in Zimbabwe, Ghana and Tanzania would not have escaped his attention. But I have no doubt he would have reprimanded the political leaders of South Sudan and exhorted them to sacrifice personal ambition for the general good.

Returning back to his home in South Africa, he would have reminded the leaders and the people that the long standing issue of land must not be postponed any longer but must be resolved in a manner that does not disrupt the Nation and in the spirit of Ubuntu.

He would have noted that his Mother Africa still bleeds in Somalia, in Democratic Republic of Congo, in Northern Mali, in Northern Mauritania, in Northern Nigeria, in Niger, the Cameroons, in Central Africa Republic and in South Sudan.

He would have also noted that his motherland is not at ease in many other countries. But he would not have stopped at lamentations, he would have prescribed a solution. He would have beseeched the leaders of Africa to take a solemn vow that they would govern selflessly to create comfort and opportunity for young Africans to dissuade them from running away to Europe and America to become latter day slaves.

He would have dissuaded African leaders from engaging in primitive accumulation of material wealth. To drive the point home, he would have reminded them of deathbed directions of Alexander the Great on futility and vanity of power and riches.

He would have told them the story thus: On his deathbed, Alexander summoned his army generals and told them his three ultimate wishes: The best doctors should carry his coffin...The wealth he has accumulated (money, gold, precious stones) should be scattered along the procession to the cemetery... His hands should be let loose, so they hang outside the coffin for all to see!!

One of his generals who was surprised by these unusual requests asked Alexander to explain.

Here is what Alexander the Great had to say: "I want the best doctors to carry my coffin to demonstrate that in the face of death, even the best doctors in the world have no power to heal ..." "I want the road to be covered with my treasure so that everybody sees that material wealth acquired on earth, will stay on earth...” I want my hands to swing in the wind, so that people understand that we come to this world empty handed and we leave this world empty handed after the most precious treasure of all is exhausted, and that is: TIME.

We do not take to our grave any material wealth. TIME is our most precious treasure because it is LIMITED. We can produce more wealth, but we cannot produce more time.

To reiterate the story of Alexander, he would have reminded them of the observation of Solomon son of David that chasing material things is like chasing the wind. He would have told us Africans in our diversity that we should focus more on ‘what unites us rather than what divides us.’

He would have reminded we Africans to learn from the piano whose black and white keys properly choreographed produces melodious music. He would have borrowed the words of Ali Mazrui and said that diversity is not a Tower of Babel but a Power of Babel.

He would have told his audience of that evergreen story of the Good Samaritan made so famous by Jesus Christ. He would have told Africa and the world to remember him not only through speeches, festivals, symposia and transient activities but instead to give value to his long held vision that the world can be made a better place when words and actions are wedded.

But Madiba would have not spoken for too long, he would have urged us to stop now and to remind the people of Africa that the true guarantors of peace and prosperity is people’s vigilance. He would have exhorted the people in the clarion calls that this great land gave to the world.

This article has been read 6,298 times
COMMENTS